(THIS ARTICLE IS COURTESY OF THE INDEPENDENT JOURNAL REVIEW)

European Union Ambassador Gordon Sondland testified Wednesday morning in the ongoing impeachment hearings against President Donald Trump and, judging from the reaction on social media, threw just about everyone involved in the messy Ukraine scandal under the proverbial bus.

Sondland set the tone of the rest of the morning with an opening statement that criticized the White House and U.S. State Department for not giving him access to his own email and phone records, disparaged Rudy Giuliani, and said pretty much everyone in the administration knew that military aid to Ukraine was being held up until officials there announced an investigation into former Vice President Joe Biden and his son, Hunter Biden.

It was, in the words of some observers, a “bombshell day.”

During the first break in hearings today, Ken Starr says that Sondland’s testimony is leading to articles of impeachment being drawn and that this “has been one of those bombshell days.” 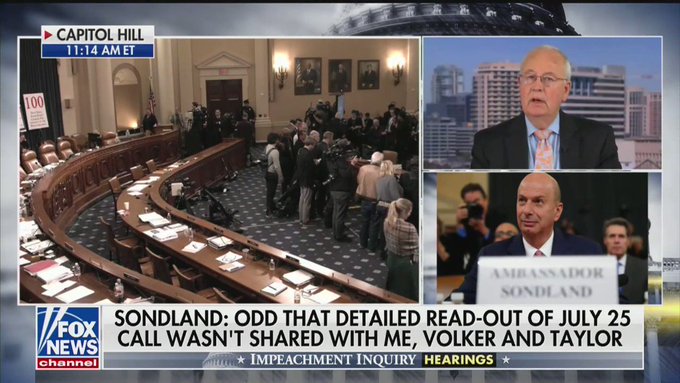 17 people are talking about this

Among the morning’s key moments:

The investigations into Joe Biden had to be announced by Ukrainian officials, but didn’t necessarily have to happen.

“The only thing I heard from Mr. Giuliani…was that they had to be announced in some form.” https://abcn.ws/2KBuiXR 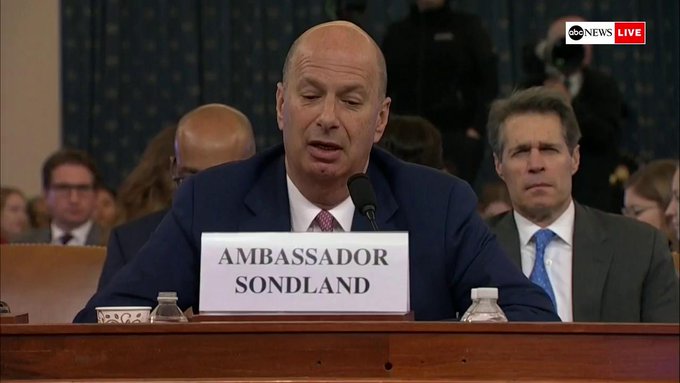 160 people are talking about this

Everyone in the Trump administration was aware of the much-discussed “quid pro quo.” 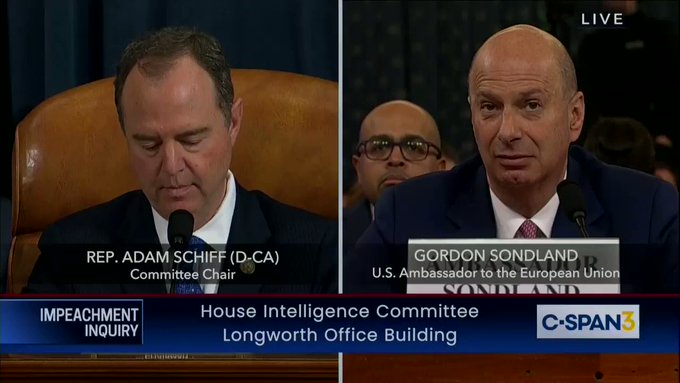 SCHIFF: You testified that that meeting was conditioned was a quid pro quo for the 2 investigations the president wanted. Is that right?

SCHIFF: And that everybody knew it. 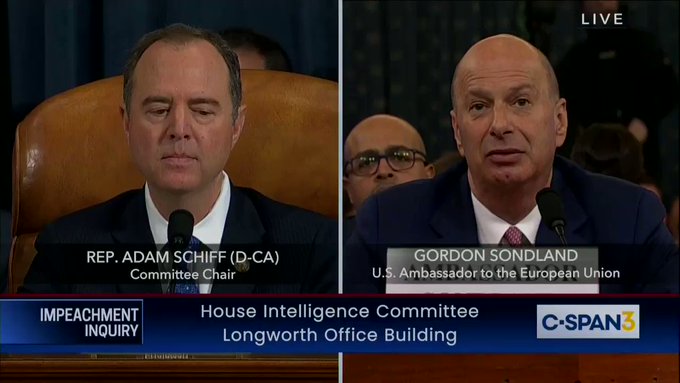 288 people are talking about this

Then again, maybe not. “[Trump] just said I want nothing. I want no quid pro quo. Tell Zelensky to do the right thing. Something to that effect.” 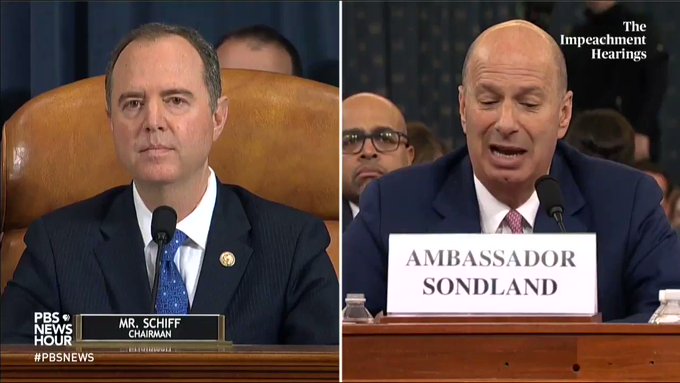 2,045 people are talking about this

“Everyone was in the loop. It was no secret.”

Ambassador Gordon Sondland: “Everyone was in the loop. It was no secret.” 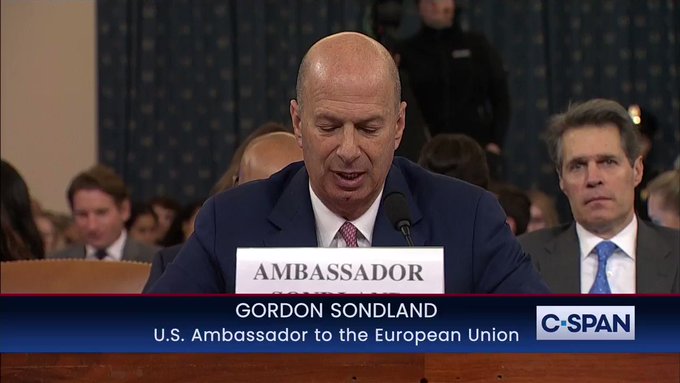 234 people are talking about this

Amb. Sondland says he told Vice Pres. Pence ahead of Warsaw meeting with Zelenskiy, “It appears that everything is stalled until this statement gets made, words to that effect.”

“The vice president nodded that he heard what I said.” https://abcn.ws/2KBuiXR  #ImpeachmentHearings 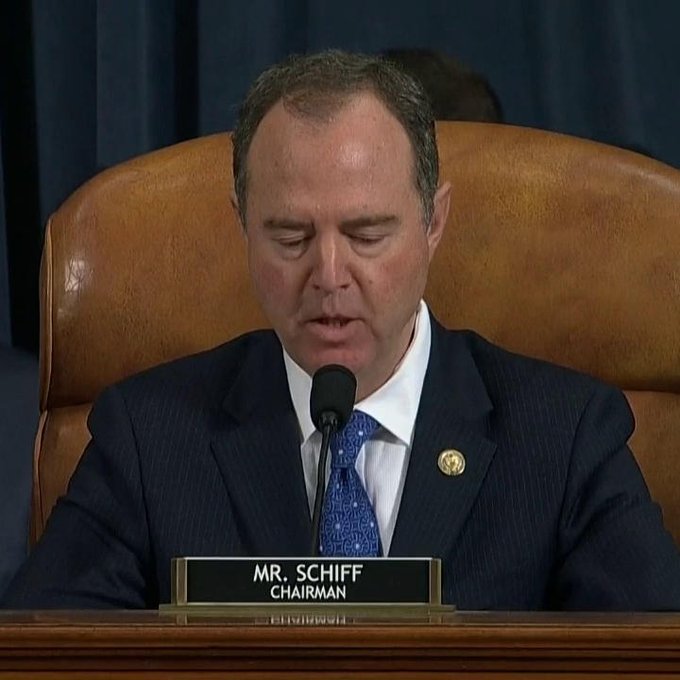 135 people are talking about this

Ann Doesn’t Give a Fig@neverfindapen

YOU GUYS HIS FACE AFTER THEY ADJOURN FOR A BREAK. *chef kiss*