Folks: Like The Man Or Hate Him He Is Our Nation’s President But, Is He Sane?

This article is not intended to be any type of joke or a poem. I know that I am not the most tuned in type of person, but I do read at a lot of sites pretty much every day. Please tell me where President Trump is positioning Himself with this ‘Trade Agreement’ with President Xi Jinping of China? Did He really just make this up, you know, this whole ‘ I thought it, so it must be so’? Honestly all that I can say is, I really hope that this is not so. Folks, that would actually mean that our Nation’s President, is insane. I don’t like the person that is our President right now. What I don’t like is his constant lying, it is not ever possible to believe anything he is talking about. I believe that our President is a lot of very bad things, it is simple the Man can’t be trusted, he is a loose Cannon and totally ignorant to everyday realities.  But actually crazy? If it turns out that President Trump made this ‘Deal’ up in His Head, but it really didn’t happen? What is it that President Xi Jinping and their Communists Government, who doesn’t like us in the first place, suppose to think about how to take advantage of this situation to their best advantage? Our President has greatly hurt our relations with almost every Nation on the Globe. Is it possible that Our President isn’t just a hate filled habitual liar, but that He is actually legally Crazy? Lord knows that I hope not. That would be a new low for Our Country. Mr. McConnell and the Republicans should really be ashamed of their works these past few years I believe that the Republican Party is going to take a 20 year or so ‘Hit’ to their credibility in Elections, if He is proven to not ‘be competent’. I just hope that He is not lying about this ‘trade deal’ with China. Could it be He could claim ‘temporary insanity’ with regard to Mr. Mueller’s Investigation also? Man, I hope that the Man is not ‘less than sane.’ As an old and Special Lady friend used to say once in a while, ‘we shall see what we shall see.’ Think about it, is that not so?

(This article is courtesy of the Shanghai Daily News Paper)

China will be patient, UK’s May told 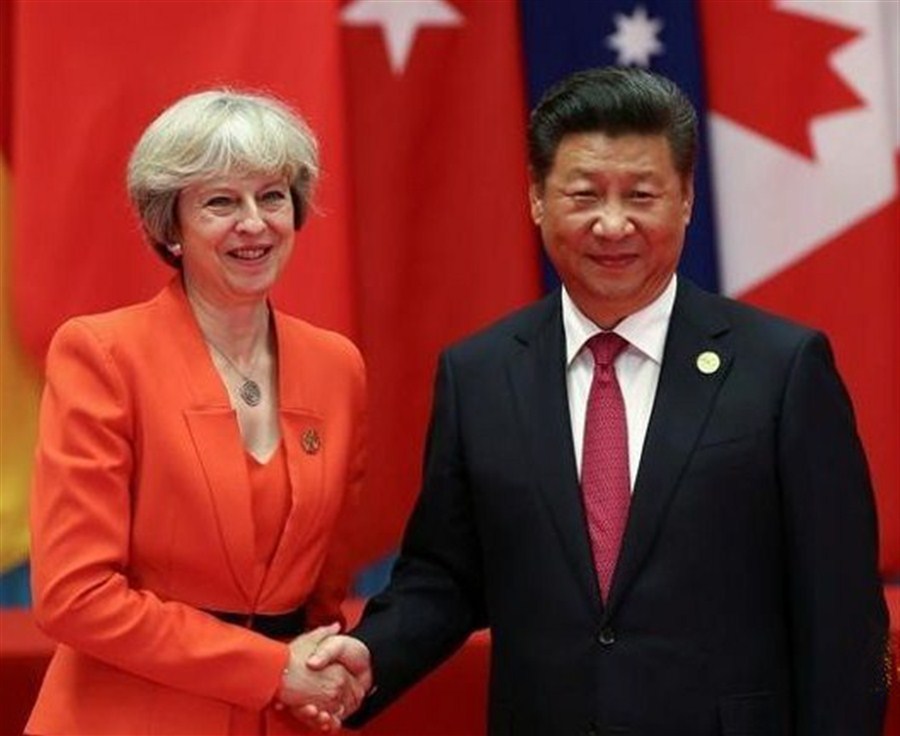 PRESIDENT Xi Jinping told British Prime Minister Theresa May he was open to a bilateral trade agreement between the two countries, a British official told reporters at the G20.

“Xi said that they wanted to look at how we could strengthen our trading and economic relationship and that China was open to a bilateral trade arrangement with the UK,” the official, who spoke on condition of anonymity, said.

The official also said Xi told May that China would remain patient while her government gets to grips with decisions taken by her predecessor.

Since taking office, May has delayed a decision on whether to back a nuclear project at Hinkley Point that is being partly financed by the Chinese.

“He recognized the new government would need to take some time before reaching decisions on some agreements pushed by the last government. President Xi said that they had the patience to wait for a resolution on those issues.”

Asked whether that was a reference to Hinkley Point, the official said it was implicit that Xi was referencing decisions of that nature, but that Hinkley was not specifically mentioned.