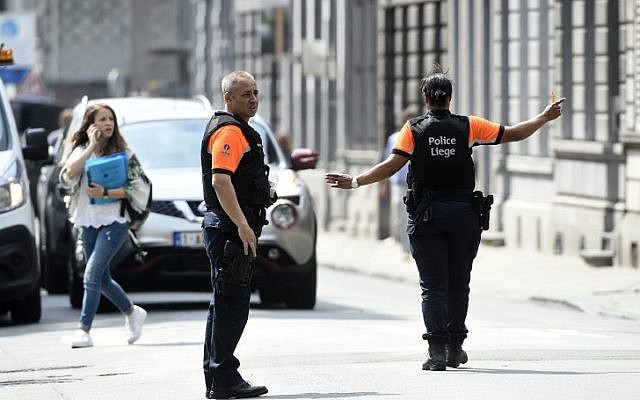 Police officers redirect traffic in the eastern Belgian city of Liege on May 29, 2018, near the site where a man shot and killed three people before being shot dead by police. (AFP PHOTO / JOHN THYS)

A gunman in the eastern Belgian city of Liege on Tuesday shot dead three people — two police officers and a passerby in a vehicle — before he was killed by elite officers.

Prosecutors said the attacker killed the police officers with their own firearms.

The shooting occurred around 10:30 a.m. near a high school on a major street in the city, which is around 90 kilometers (55 miles) east of Brussels, close to the German border.

The French-language Belgian news site LaLibre reported that the man had shouted “Allahu akbar” before police shot him. 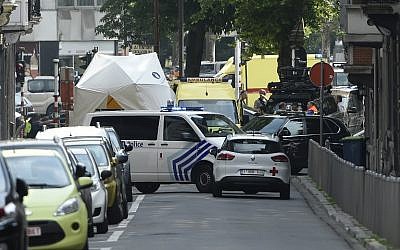 Police and an ambulance are seen at the site where a gunman shot dead three people, two of them policemen, before being killed by elite officers, in the eastern Belgian city of Liege on May 29, 2018. (AFP PHOTO / JOHN THYS)

“There are elements that go in the direction of a terrorist act,” he was quoted by the French language RTL news site as saying.

But Catherine Collignon, another spokeswoman for the same office, told the AFP news agency that the attacker’s motive was not immediately clear. “We don’t know anything yet,” she said.

Media reports said the gunman shot dead two police officers at a cafe before fleeing to the Lycee Waha school, where he took a cleaning lady hostage. 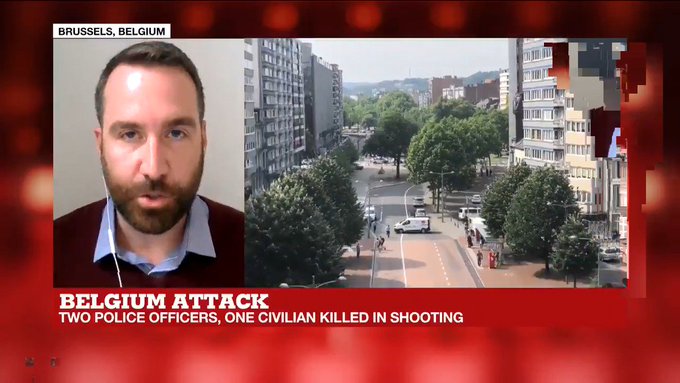 A #gunman killed three people, two of them policemen, in the eastern Belgian city of #Liège before he was shot dead by officers, prosecutors have said

“Our thoughts are with the victims of this horrible act. We are in the process of establishing an overview of exactly what happened,” Jambon wrote on Twitter.

The crisis center said a security cordon had been set up around the area and urged people to stay away.

Belgium has been on high alert since the smashing of a terror cell in the town of Verviers in January 2015 that was planning an attack on police.

The Verviers cell also had links to Abdelhamid Abaaoud, the mastermind of the November 2015 Islamic State attacks on Paris that killed 130 people.

Belgium further raised its terror alert level after the Paris attack, and placed the capital Brussels on lockdown for a week.

Belgium was then hit by its own IS suicide attacks on Brussels airport and a metro station that killed 32 people.

In March, Belgian police arrested eight people in Brussels in counter-terror raids as part of an investigation into what one source said appeared to be preparations for an attack.