The wave of international outrage grew Saturday against the vulgar language President Donald Trump used when referring to immigration from African nations, with Ghana’s president saying he would “not accept such insults, even from a leader of a friendly country, no matter how powerful.”

President Nana Akufo-Addo tweeted an unflinching defense of the African continent — and of Haiti and El Salvador, countries also mentioned during a meeting Thursday between Trump and a bipartisan group of senators at the White House.

Trump repeatedly referred to African nations in general as “shithole countries,”according to Sen. Dick Durbin, D-Ill., and also reportedly asked why the United States needs more Haitian immigrants instead of people from countries such as Norway.

In response, Akufo-Addo tweeted: “We are certainly not a ‘shithole country.'”

The language of @realDonaldTrump that the African continent, Haiti and El Salvador are “shithole countries” is extremely unfortunate. We are certainly not a “shithole country”. We will not accept such insults, even from a leader of a friendly country, no matter how powerful.

The White House did not initially deny Trump made those remarks. But as the controversy grew — with some members of Congress slamming the remarks as racist — the president on Friday responded in a tweet that the “language used by me at the … meeting was tough, but this was not the language used.”

Trump has not further clarified the statements attributed to him, and on Friday ignored questions reporters asked about it after he signed a proclamation honoring Martin Luther King Jr.

Meanwhile, the condemnation has been swift. In addition to Ghana, the government of Botswana said Trump’s language is “reprehensible and racist,” and said it has summoned the U.S. ambassador to clarify what he meant.

Senegal’s president, Macky Sall, said in a statement that it was “shocked” and that “Africa and the black race merit the respect and consideration of all.” His West African nation has long been lauded by the U.S. as an example of a stable democracy on the continent. The African Union, which is made up of 55 member states, also took issue with Trump’s remarks.

“Given the historical reality of how many Africans arrived in the United States as slaves, this statement flies in the face of all accepted behavior and practice,” said spokeswoman Ebba Kalondo.

Paul Altidor, Haiti’s ambassador to the U.S., called Trump’s comments “regrettable” and based on “clichés and stereotypes rather than actual fact.” He also noted the insensitivity of its timing, coming the same week as the eighth anniversary of Haiti’s 2010 earthquake, which killed more than 200,000 people.

El Salvador’s government on Friday sent a formal letter of protest to the United States over the “harsh terms detrimental to the dignity of El Salvador and other countries.”

Trump has previously felt backlash over disparaging remarks about immigrants, most notably on the campaign trail when he characterized Mexicans as “rapists” and “criminals.”

The New York Times first reported in December that Trump said Haitian immigrants “all have AIDS” during a summer 2017 meeting about immigration. At that same meeting, he also complained that Nigerian immigrants who come to the United States would never want to “go back to their huts.”

The White House denied Trump ever used the words “AIDS” or “huts.” ‘They’re rapists…all have AIDS’: Some of Trump’s comments on immigrants, minorities 3:50

Trump’s apparent struggle with racial insensitivity also surfaced last fall. At the time, he asked a career intelligence analyst where she was from, and after learning she was of Korean heritage, asked why the “pretty Korean lady” isn’t negotiating with North Korea on his administration’s behalf, two officials with direct knowledge of the exchange told NBC News on Friday.

Trump’s remarks have prompted two top House Democrats to announce the introduction next week of a censure resolution of Trump.

Rep. Cedric Richmond, D-La., the chairman of the Congressional Black Caucus, and Rep. Jerrold Nadler, D-N.Y., said in a joint statement Friday that they were “deeply disturbed and offended” by the language.

Organizing a formal reprimand of Trump would be difficult since it will require getting bipartisan support in a GOP-controlled House. The censuring of a president is also rare, and was only done once by the Senate against Andrew Jackson in 1834 for his failure to turn over certain documents.

(THIS ARTICLE IS COURTESY OF TIME NEWS AND THE WASHINGTON POST)

(DONALD IS ‘THE SHITHOLE’ IN CHIEF)

‘Enough Is Enough!’ These ‘Shithole Countries’ Have a Message for President Trump

President Donald Trump reportedly singled out Haiti, El Salvador and parts of Africa as “shithole countries” during a rant about immigration Thursday. Those places aren’t happy

Trump’s comments came during a meeting with lawmakers at the White House held to reach a bipartisan immigration deal, according to the Washington Post, which broke the news. Sources familiar with the meeting told the Post that the president was amenable to more immigrants from Norway and Asia, whom he says help the country economically, but wondered aloud “why are we having all these people from shithole countries come here?”

According to the Post, Trump also said, “Why do we need more Haitians? Take them out.”

On Friday morning Trump posted a series of tweets about the immigration deal in which he appeared to deny he said “shithole countries.”

“The language used by me at the DACA meeting was tough, but this was not the language used. What was really tough was the outlandish proposal made – a big setback for DACA!” he wrote.

The language used by me at the DACA meeting was tough, but this was not the language used. What was really tough was the outlandish proposal made – a big setback for DACA!

In a second tweet, sent around two hours after the first, Trump said that he “never said anything derogatory about Haitians other than Haiti is, obviously, a very poor and troubled country” and that he never uttered the phrase “take them out.”

Trump also claimed that the accusation was “made up” by members of the Democratic Party. “I have a wonderful relationship with Haitians,” he added. “Probably should record future meetings – unfortunately, no trust!”

Never said anything derogatory about Haitians other than Haiti is, obviously, a very poor and troubled country. Never said “take them out.” Made up by Dems. I have a wonderful relationship with Haitians. Probably should record future meetings – unfortunately, no trust!

However, the White House on Thursday did not deny the Post’s report about Trump’s language.

A spokesman for the United Nations said Friday that Trump’s reported words were racist.

“There is no other word one can use but ‘racist’… This isn’t just a story about vulgar language, it’s about opening the door to humanity’s worst side, about validating and encouraging racism and xenophobia,” United Nations human rights spokesman Rupert Colville said. “You cannot dismiss entire countries and continents as ‘shitholes’, whose entire populations, who are not white, are therefore not welcome.”

Here’s how Trump’s alleged “shithole countries” are responding to the remarks:

CBS News reports that the Haitian government promptly summoned charge d’affairs Robin Diallo, the top U.S. diplomat in the country, to respond to the comments.

Former Haitian Prime Minister Laurent Lamothe tweeted, “SHAME ON TRUMP! The world is witnessing a new low today with this #ShitholeNations remark! totally unacceptable! uncalled for moreover it shows a lack a respect and IGNORANCE never seen before in the recent history of the US by any President! Enough is enough!!”

SHAME ON TRUMP! The world is witnessing a new low today with this #ShitholeNations remark! totally unacceptable! uncalled for moreover it shows a lack a respect and IGNORANCE never seen before in the recent history of the US by any President! Enough is enough!!

The Haitian government said in a statement “these insulting and reprehensible statements in no way reflect the virtues of wisdom, restraint and discernment that must be cultivated by any high political authority,” according to the Associated Press, adding that the comment “reflects a totally erroneous and racist view of the Haitian community and its contribution to the United States.”

Other Haitians took to social media to share pictures of their nation’s beautiful beaches to make a point about the president’s alleged remarks. 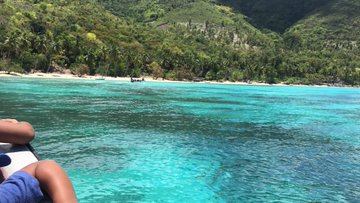 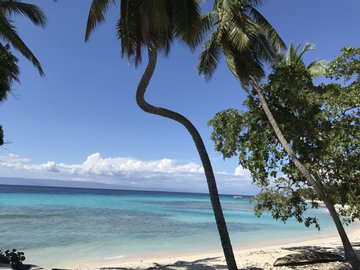 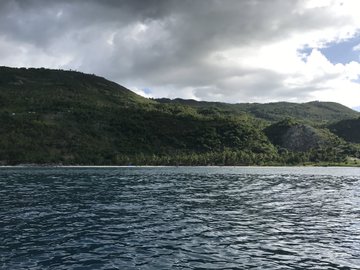 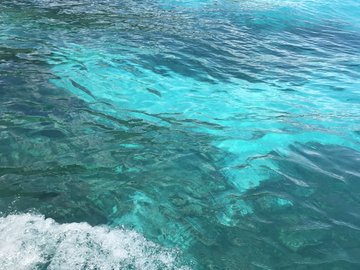 Hey #ShitHolePresident ! Here is what my #shithole looks like

Hugo Martinez, El Salvador’s foreign minister, tweeted calling on the U.S. government to confirm or deny Trump’s statements. In subsequent tweets, he noted that a number of individuals who helped rebuild New Orleans after Hurricane Katrina were from El Salvador and saying that he “feels proud to be Salvadoran.”

Jean Manes, the U.S. envoy to El Salvador, tweeted that the United States “values the friendship and the relationship with the Salvadoran people.” Manes added that she has had “the privilege to travel around this beautiful country and meet thousands of Salvadorans,” and that it is “an honor” to live and work there.”

The African Union responded to the reported remarks by pointing out many Africans arrived in the U.S. as slaves.

“Given the historical reality of how many Africans arrived in the United States as slaves, this statement flies in the face of all accepted behavior and practice,” Ebba Kalondo, a spokesperson for the 55-nation African Union, told the Associated Press. “This is particularly surprising as the United States of America remains a global example of how migration gave birth to a nation built on strong values of diversity and opportunity.”

Leanne Manas, a news anchor for the South African Broadcasting Corporation, tweeted Friday morning, “Good morning from the greatest most beautiful “shithole country” in the world!!!”

Good morning from the greatest most beautiful “shithole country” in the world!!!

Somali information minister Abdirahman Omar Osman told CNN, “If it’s real, it doesn’t need a response. Those comments do not deserve a response.”

Mmusi Maimane, the leader of South Africa’s opposition Democratic Alliance party, described Trump’s comments as “abhorrent” on Twitter. His tweet continued: “He confirms a patronizing view of Africa and promotes a racist agenda. Africa/U.S. relations will take strain from this, with a leader who has failed to reconcile humanity. The hatred of Obama’s roots now extends to an entire continent.”