(THIS ARTICLE IS COURTESY OF SHANGHAI CHINA’S SHINE NEWS NETWORK)

Xi for dialogue among civilizations 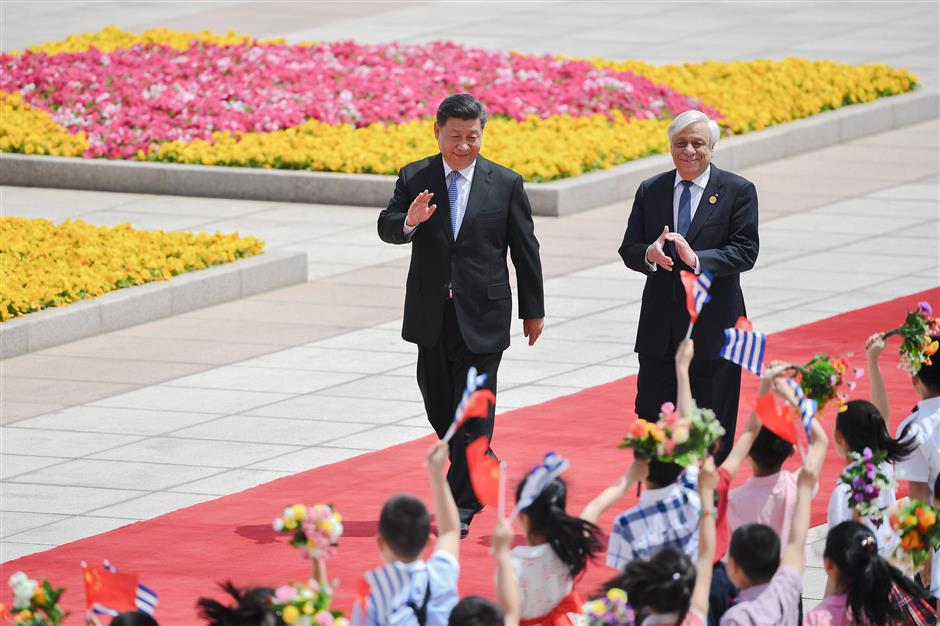 Chinese President Xi Jinping holds a welcome ceremony for Greek President Prokopis Pavlopoulos outside the Great Hall of the People before their talks in Beijing yesterday.

Chinese President Xi Jinping yesterday held talks with Greek President Prokopis Pavlopoulos, who is on a state visit to China and will attend the Conference on Dialogue of Asian Civilizations in Beijing.

There has never been any clash of civilizations or any religious war in China, Xi said, adding that the Chinese nation does not have a tradition of aggression. The Chinese people have long upheld the devotion to the country, believing that the country always comes first, before the family. They are convinced there would be no individual and family happiness without a strong unified nation, he added.

He said the Chinese people remain rock-firm determined in safeguarding the national unification and territorial integrity, as well as protecting the national interests and the state dignity.

Describing people of all countries as living in a global village destined to swim or sink together, Xi stressed the need to promote exchanges and mutual learning among civilizations and win-win cooperation of various countries to build an open, inclusive, clean and beautiful world that enjoys lasting peace, universal security and common prosperity.

Pavlopoulos said the “clash of civilizations” argument drummed up by certain people in the international arena was a huge mistake. He said different civilizations should respect each other, enhance mutual learning through dialogue and exchanges and draw upon each other’s strengths, which is the way to guarantee lasting peace of the world and harmonious coexistence of humanity.