(THIS ARTICLE IS COURTESY OF THE SHANGHAI CHINA NEWSPAPER ‘SHINE’) 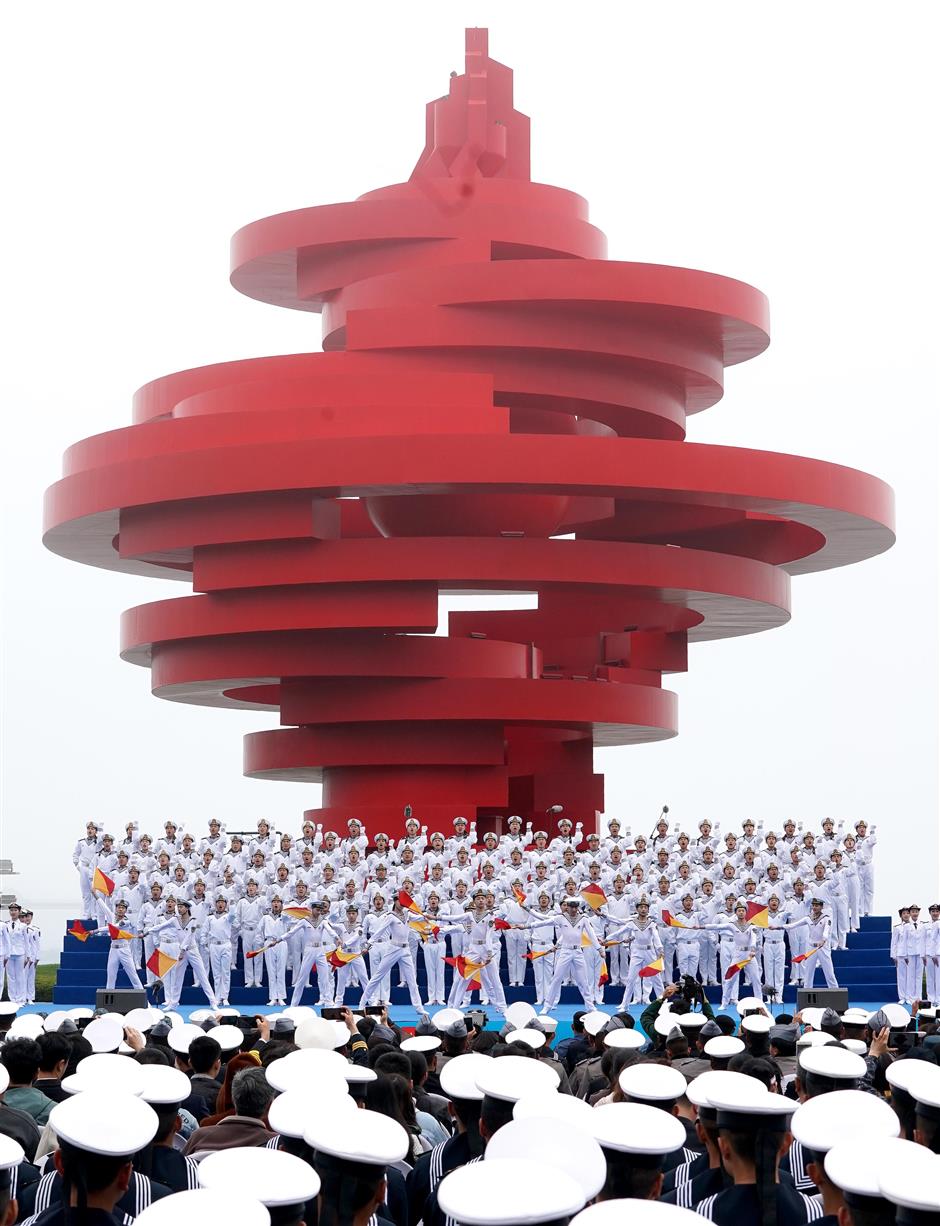 Chinese navy personnel perform at an event celebrating the 70th anniversary of the founding of the Chinese People’s Liberation Army Navy in Qingdao yesterday.

China’ss navy wants maritime “tranquillity and good order,” its chief said yesterday, ahead of a parade today to mark its 70th anniversary.

Speaking at a reception in Qingdao, navy chief Shen Jinlong said China was looking to promote trust and cooperation this week in its interactions with foreign navies and delegations.

“The PLA Navy is willing to be your close, friendly and equal partner for mutual support, development and win-win cooperation and remain united and act resolutely with all of you to safeguard world peace and stability,” he added.

“Let us contribute more to an ocean of lasting peace, common security and prosperity, an ocean that is open and inclusive.”

“A maritime parade is a form of military diplomacy,” said Yin Zhuo, head of the information technology commission of the PLA Navy.

“The PLA Navy will showcase the idea of peace to international delegates and the world.”

Organizing multinational naval events is an established practice for the PLA Navy, he added, noting that the events can boost exchanges and cooperation between Chinese and foreign navies, who will work together to safeguard maritime security and stability.

Today’s parade will feature 32 vessels and 39 aircraft, some of which have not been seen before, as well as warships from 13 foreign countries including India, Australia and Vietnam.