By Eugene Robinson Columnist August 13 at 4:52 PM Email the author

It’s hard to take Omarosa Manigault Newman’s word for anything. But Lordy, she has tapes, and they offer vivid proof that Donald Trump’s White House is part clown show, part nest of vipers.
Omarosa achieved single-name fame as a contestant on Trump’s show “The Apprentice,” where she performed with Shakespearean villainy — lying, cheating, backstabbing, viciously advancing her own interests and sabotaging her rivals. Trump evidently found all of this admirable, because he insisted on bringing her into his administration as a top-level adviser despite her utter lack of experience and qualifications. They deserve each other.
It is no surprise that she wrote a tell-all book after being fired. It’s shocking, however, that she managed to secretly record her dismissal by White House Chief of Staff John F. Kelly — an encounter that took place in the Situation Room, meant to be a super-secure bunker where the nation’s most closely guarded secrets can safely be discussed.
Omarosa’s recording of part of that meeting was aired Sunday on NBC’s “Meet the Press.” In it, Kelly is heard making what sounds very much like a threat:
“I think it’s important to understand that if we make this a friendly departure, we can all be, you know, we can look at your time here in the White House as a year of service to the nation. And then you can go on without any type of difficulty in the future relative to your reputation.”
If that wasn’t clear enough, Omarosa subsequently received a generous offer. She could receive $15,000 a month to perform vaguely defined duties for Trump’s reelection campaign. But she would have to sign a nondisclosure and nondisparagement agreement pledging not to say detrimental things about President Trump, Vice President Pence or their family members. She declined the offer but kept the documents she was asked to sign — and showed them to The Post last week.
On Monday, appearing on the “Today” show, she revealed a recording of a phone call she said she received from Trump the day after she was fired. “Omarosa, what’s going on?” Trump is heard to ask. “I just saw on the news that you’re thinking about leaving. What happened?”
When she tells him she was axed, Trump claims ignorance. “Nobody even told me about it,” he says. “You know they run a big operation, but I didn’t know it. I didn’t know that. Goddammit. I don’t love you leaving at all.”
Shortly after that tape was aired, Trump lashed out on Twitter:
“Wacky Omarosa, who got fired 3 times on the Apprentice, now got fired for the last time. She never made it, never will. She begged me for a job, tears in her eyes, I said Ok. People in the White House hated her. She was vicious, but not smart. I would rarely see her but heard really bad things. Nasty to people & would constantly miss meetings & work. When Gen. Kelly came on board he told me she was a loser & nothing but problems. I told him to try working it out, if possible, because she only said GREAT things about me — until she got fired!”
Trump went on to complain that “the Fake News Media will be working overtime” to make Omarosa seem credible now that she is one of his critics. But that’s certainly not my intent. She strikes me as a rank opportunist whose only allegiance is to herself.
She claims to have realized only recently that Trump is a “racist, misogynist and bigot.” Yet she heard his bigoted attacks against Latino immigrants and still went to work for his campaign. She heard his misogynistic rant about how he sexually assaulted women and still took a job in his administration. She heard his many appeals to white racial grievance and still vigorously defended him, even after Charlottesville.
So no, I’m not inclined to believe anything she claims without documentary evidence to back it up. But the tapes and the documents have not been disputed. Omarosa may not have obtained them honorably, but the old saying is true: There is no honor among thieves.
We don’t know what else might be in the conversations with Trump that lawyer Michael Cohen taped. We don’t know how many other recordings Omarosa might have made. We don’t know who else in the White House might have been keeping their own unauthorized records of conversations and events.
What we do know is why people in Trump’s orbit feel they need such insurance: Dishonor and disloyalty start at the top.
Read more from Eugene Robinson’s archive, follow him on Twitter or subscribe to his updates on Facebook. You can also join him Tuesdays at 1 p.m. for a live Q&A. 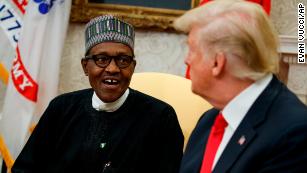 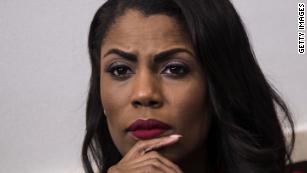 (THIS ARTICLE IS COURTESY OF TIME.COM)

(NEW ORLEANS) — White House official Omarosa Manigault-Newman clashed with a veteran news anchor during a panel discussion on policing in black communities held at the largest gathering of black journalists in the country.The director of communications for the White House Office of Public Liaison was a late addition to the Friday afternoon panel at the National Association of Black Journalists convention in New Orleans.Her conversation with anchor Ed Gordon became testy when he attempted to question Manigault-Newman on President Donald Trump’s policies around policing in communities of color. Trump recently said some police officers are too courteous to suspects when arresting them.

The conversation quickly escalated into a tense exchange before Manigault-Newman, a former “Apprentice” contestant, left the stage. Several people in the audience, which included non-journalists, turned their backs in protest during the discussion.