(THIS ARTICLE IS COURTESY OF THE HUFFINGTON POST/WORLD POST) 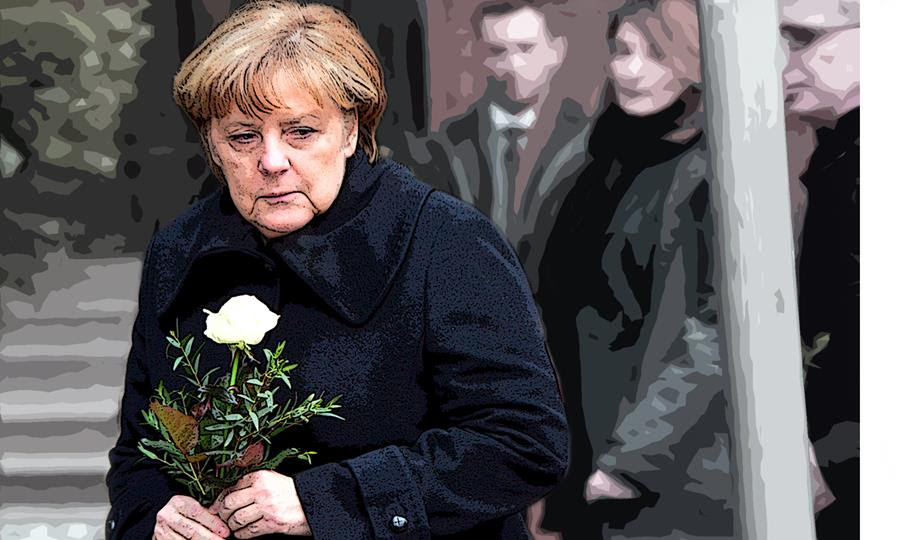 Europe was already reeling from major terror attacks in Brussels, Paris and Nice as well as Brexit and the defeat of the political establishment in the Italian referendum before this week. With anti-immigrant parties standing ambitiously in the wings waiting for events to further boost them into power, the worst thing that could have happened, the shoe waiting to drop, was a terror attack at Christmas time in Germany by an asylum-seeker linked to Islamist terror groups. It is just that which took place in Berlin this week.

That the inevitable has now occurred likely seals the political fate of Europe. Public opinion will surely turn decisively against the open-arms refugee policy of German Chancellor Angela Merkel — the most prominent defender of the troubled European project of integration and the free movement of people. Merkel’s coalition partner (yet mainstream opponent) Horst Seehofer of the Bavarian Christian Social Union, has already laid down the challenge. “We owe it to the victims, to those affected and to the whole population to rethink our immigration and security policy and to change it.” As Nick Robins-Early reports, the Alternative for Germany party and other anti-immigrant groups are already capitalizing on the incident. One AfD leader called those killed “Merkel’s dead.”

Alex Görlach hopes that Merkel’s considerable political skills can save the day by adjusting the Europe-wide refugee policy in the wake of this week’s tragedy. That she is also the only European leader who can stand up to the next American president, Görlach notes, could be a political asset.

Yet, even if the chancellor survives, the damage has already been done. The European idea, which has been losing luster for years, looks to be the latest and most consequential casualty of a world in turmoil that stretches from the rubble of Aleppo to the World War II memorial ruins of the Kaiser Wilhelm Memorial Church, near where the Christmas market attack took place in Berlin.

Writing from Germany, Stefan Schmidt argues that his fellow citizens should resist calls to blame anyone but the perpetrator while continuing to embrace the values of an open, but inevitably vulnerable, society. In a similar vein,Sebastian Christ writes from Berlin that, “We can’t give in to those who want to force their hate-filled world view on us. … On top of everything, we must continue to hold on to freedom for ourselves. I will definitely continue going to Christmas markets in Berlin.”

Picking up on the theme in the back of everyone’s mind about Muslims at Christmas, Dean Obeidallah fondly remembers his Muslim father, born near Jesus’ birthplace of Bethlehem, hanging Christmas lights on their home in New Jersey as a child. He also surveys other American Muslims who partake in the holiday, including Aasif Mandvi.

Unfortunately, the attack in Germany wasn’t the only attack we saw this week. Another act that shocked the world took place in Ankara, where the Russian ambassador to Turkey was assassinated. John Tures, who has studied the different motivations and effectiveness of “lone wolf” versus “wolf pack” terrorists linked to organized extremists, argues that preventing future attacks, whether of the kind in Berlin or Ankara, requires being able to distinguish between these two threats.

Details are still emerging about the attack in Ankara, but it appears to be an apparent act of revenge over the Kremlin’s key role in the brutal assault on Aleppo in recent weeks. As Alex Motyl writes, more such attacks can be expected due to Putin’s Syria policy. “Anti-Russian terrorism is the new normal,” he says. Turkish journalist Ilgin Yorulmaz ponders the timing of the assassination in Ankara, which came on the eve of a tripartite meeting of Russia, Turkey and Iran concerning Syria, and reports that some suspect a geopolitical aim. “A strong NATO member,” she writes, “Turkey may have found a new ally in Russia, and possibly even Iran, to become a game changer in the Middle East.”

This week also saw the last evacuations out of Aleppo. Dr. Ahmad Tarakji, whose organization has been working on the ground in the besieged city, offers a detailed account of the humanitarian catastrophe there, which he says is far from over after the forced relocations. “The world has failed the people of Aleppo time and time again,” he writes, “but it’s not too late to act now to help those seeking refuge somewhere else. The international community must do everything in its power to protect these most vulnerable of people. They continue to suffer while the world is standing idly by.”

Writing from Moscow before the Syrian regime claimed control over all of Aleppo,Vladimir Frolov proposes that the best course for the Kremlin now would be, “declaring victory in Aleppo, scaling down its military operations against the rebels, refocusing its air war on ISIS in a new collaborative effort with the U.S. and pressuring the Assad regime into a political settlement.”

Returning to the hot issue of Russian influence meddling in the affairs of democracies, Toomas Hendrik Ilves knows from whence he speaks. In 2007, the former president of Estonia experienced a Kremlin-led cyberattack on his government, banking and news media servers. He expects more such attacks in Europe as elections loom. “The conundrum that Europe will face in the coming year,” he writes from Tallinn, “is whether or not to use illiberal methods to safeguard the liberal state. … Because of cyberattacks and fake news, we can already imagine the problem all democratic societies will face in future elections: how to limit lies when they threaten democracy?”

In an exclusive interview, former U.S. National Security Adviser Zbigniew Brzezinski claims Russian President Vladimir Putin was directly involved in the effort to tip the recent American election scales in Trump’s favor. “Yes. Russian intelligence was involved, no question,” he says, “Yes. Putin plays that kind of direct role. Russian intelligence is not some independent agency. It is an agency of the state organized for specific political purposes. Putin absolutely controls the state apparatus. No doubts there.” He also warns that “stupid irritations” over Taiwan risk derailing America’s most important foreign policy relationship with Beijing. “A world in which America and China are cooperating,” Brzezinski underscores, “is a world in which American influence is maximized.”

One of the hottest issues in the U.S. presidential campaign was Donald Trump’s pledge to build a wall with Mexico. Writing from Mexico City, Homero Aridjis and James Ramey offer a highly innovative proposal: Instead of Trump’s wall, they want to build a border of solar panels. “It would have a civilizing effect in a dangerous area,” they contend. “Since solar plants use security measures to keep intruders out, the solar border would serve as a de facto virtual fence, reducing porousness of the border while producing major economic, environmental and security benefits on both sides.” Such an installation, they continue, “would make trafficking drugs, arms and people all the more difficult for criminal cartels. In Mexico, the solar border would create a New Deal-like source of high-tech construction and technology jobs all along the border, which could absorb a significant number of would-be migrant workers on their way to cross into the U.S. illegally, at great physical risk.”

Rolling back globalization to stem joblessness and inequality was another prime issue in the recent presidential election campaign. Branko Milanovic takes up this challenge, arguing that reversing globalization would only reduce growth rates in both the advanced and emerging economies, to no one’s benefit. “A more promising avenue for dealing with inequality in rich countries for the 21st century,” he writes, “is to reduce inequality in human and financial capital endowments. This implies, first, reversing the currently extraordinary high concentration of capital assets by giving the middle classes fiscal and other incentives to invest and own assets and, second, equalizing access to high-quality education that is increasingly monopolized by the rich.” A special Highline investigative report we publish this week traces the corporations and criminals profiting handsomely from the refugee crisis.