What is expected to be India’s strongest landfall tropical cyclone in nearly five years is barreling toward 100 million people on the east coast, prompting officials to begin emergency evacuations.

On Thursday, Tropical Cyclone Fani had winds of 215 kph (130 mph) with gusts of 260 kph (160 mph), making it equivalent in intensity to a Category 4 major hurricane on the Saffir-Simpson scale.
While it is not expected to make landfall in Odisha state until midday Friday, tropical cyclone force winds are already coming ashore in portions of Andhra Pradesh and will soon reach the Odisha coast as well. 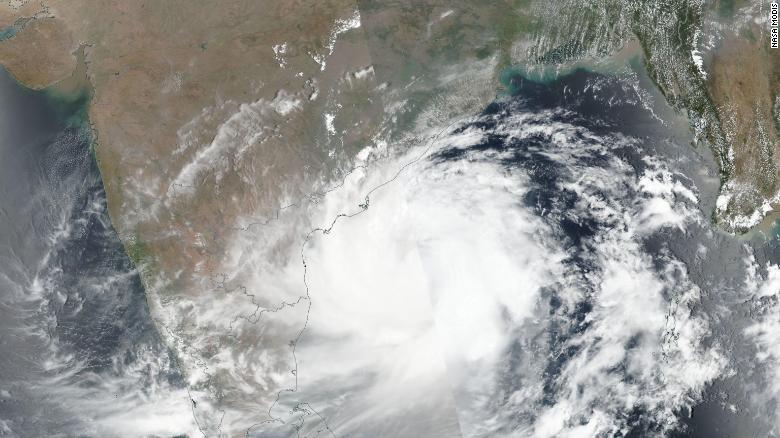 Cyclone Fani is due to make landfall in Odisha state on Friday.
As Fani was classified as an “extremely severe cyclonic storm” in India, the country’s Coast Guard and Navy deployed ships and helicopters for relief and rescue operations. Army and Air Force units have also been put on standby in Odisha, West Bengal and Andhra Pradesh states.
Some 900 cyclone shelters have been set up across Odisha to house evacuees and school is canceled across the state on Thursday and Friday. Teams are going door to door to warn people.
“They are being told what to take with them if they leave and the precautions they need to take if they stay,” said Ameya Patnaik, assistant commandant for the National Disaster Response Force (NDRF) in Odisha.
Evacuations have also begun neighboring Andhra Pradesh, while those in West Begal have been told to be ready to leave, officials told CNN. Fishermen have been warned not to venture out to the sea due to the extreme conditions. 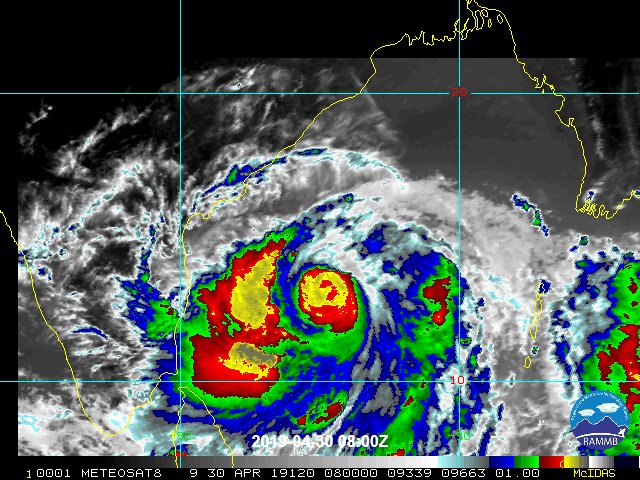 #Cyclone #Fani has intensified and how has maximum winds of 105 mph – the strongest cyclone this early in the calendar year in the North Indian Ocean since Cyclone Nargis in 2008.

135 people are talking about this
Twitter Ads info and privacy
Fani, which is still about 200 km (125 miles) east of Visakhapatnam, a port city on India’s coast, strengthened rapidly on Monday and Tuesday, becoming the strongest storm to move through the Bay of Bengal this early in the year since Tropical Cyclone Nargis in 2008.
Nargis went on to strike Myanmar with winds over 200 kph (124 mph), bringing a devastating storm surge and flooding rainfall that resulted in more than 100,000 deaths in the country. 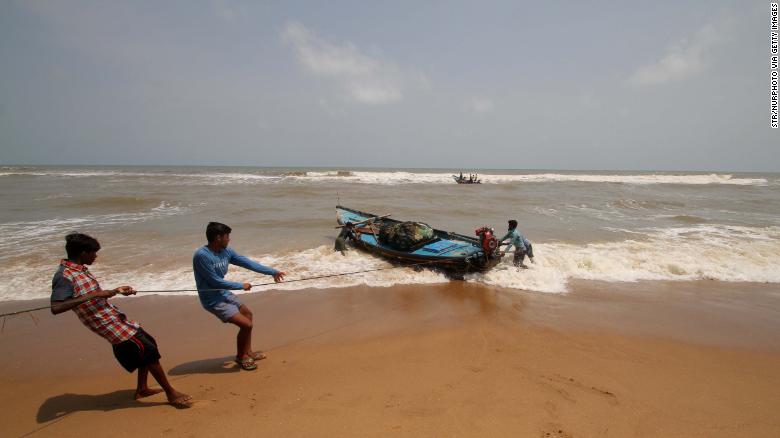 Fishing boats at Konark beach prepare for cyclone Fani in Odisha.
Fani is expected to bring large storm surges and significant wind damage near the landfall location. Inland flooding will also be a major threat.
Portions of eastern India and Bangladesh can expect 150 to 300 mm (6 to 12 inches) of rain with locally higher amounts regardless of the intensity.
As Fani approaches India it will be moving nearly parallel to the coast. A slight move to the east or west would have a significant impact on the timing of landfall as well as the intensity. A more easterly track means that landfall would be farther north in India, perhaps even into Bangladesh.
If that happens, the storm would likely be a category or two weaker as it moves over cooler waters.

Fani is the first tropical cyclone of the year in the northern Indian Ocean. 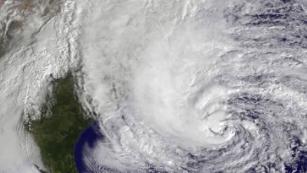 How are hurricanes named? 01:38
The season doesn’t have a defined start and end like the Atlantic hurricane season, but it does have two main periods of activity: late April to early June, and October to November.
These two periods are prior to, and immediately following, India’s southwest monsoon season. The southwest monsoon season lasts from June through September and provides India with the vast majority of its annual rainfall.
Tropical cyclone activity during the monsoon season is extremely rare because the monsoon is characterized by high wind shear, which makes it difficult for tropical storms to form.

(THIS ARTICLE IS COURTESY OF THE HINDUSTAN TIMES NEWS PAPER)

Rescue workers search for survivors at the site of a train derailment in Pukhrayan, south of Kanpur city. (HT Photo)

Since the NDA government assumed office in 2014, the Indian Railways have been in a “transformative mode” with aims of increasing capacity and re-designing the business model. “Somewhere along the line, routine safety drills have taken a backseat and the 1 lakh-odd vacancies in the safety category have remained,” senior ministry sources said. Manoj Sinha, minister of state for railways, said that “rail fracture” could have caused the accident.

Rail fractures are “micro cracks” on rails that develop into “major cracks” following the passage of a train with heavy load. “Such accidents can only happen when Ultra Sonic Fault Detection (USFD) checks of tracks are not routinely done. Operating high or semi-high speeds at the current juncture will be risky,” an official said.

Further, a ministry official admitted that there had been “grave deterioration” in observing safety drills. “Fittings required for annual maintenance work – clasps, rubber pads, etc – have remained in perennial short supply while officials engaged in safety jobs have become most negligent,” he said.

While railways minister Suresh Prabhu has been praised for his initiatives, sections have been critical of his decision to de-link the stores department from the mechanical (rolling stock) department. “We now have a situation when the ‘procurement’ department has no link with the ‘user’ department (rolling stock). This can impact passenger safety preparedness,” said sources.

“It is likely that Sunday’s accident will cause some heads to roll. But the problems run deeper. The required work attitude to prevent accidents is not there,” a senior official said.