(THIS ARTICLE IS COURTESY OF SHANGHAI CHINA’S SHINE NEWS NETWORK)

15 pulled from rubble after building collapses 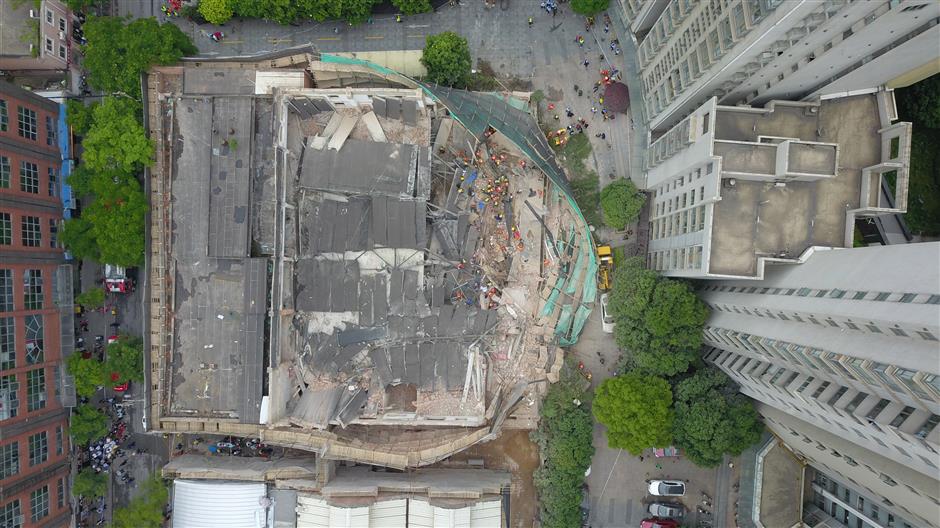 The 4S store collapsed just before noon on Thursday.

At least 15 people have been pulled out of the debris of a 4S car dealership store that collapsed in city’s downtown Changning District as of Thursday afternoon, according to firefighters.

The collapse happened around 11:30 am at a Mercedes-Benz 4S store at 148 Zhaohua Road, which was being renovated.

A total of 24 fire engines and more than 150 firefighters rushed to the scene and by 2:30pm, 15 trapped people had been rescued.

Medical professionals and ambulances are at the site and rescue work is still underway.

At least four injured men have been taken to Huadong Hospital. Two suffered from serious injuries while the other two were slightly hurt. Another four are being treated at Huashan Hospital. 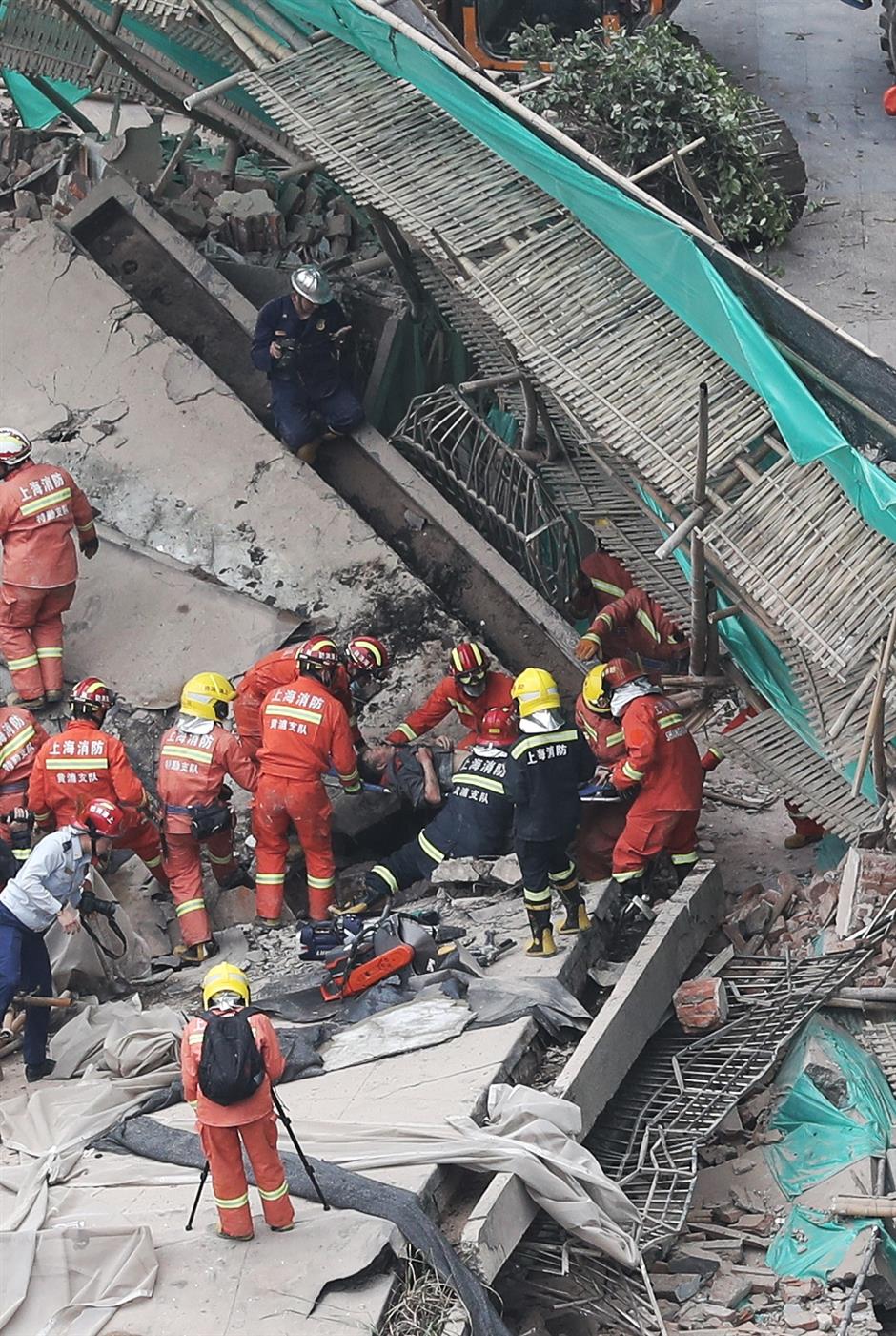 Firefighters pull  a man out of the debris.

Rescue workers are at the scene.