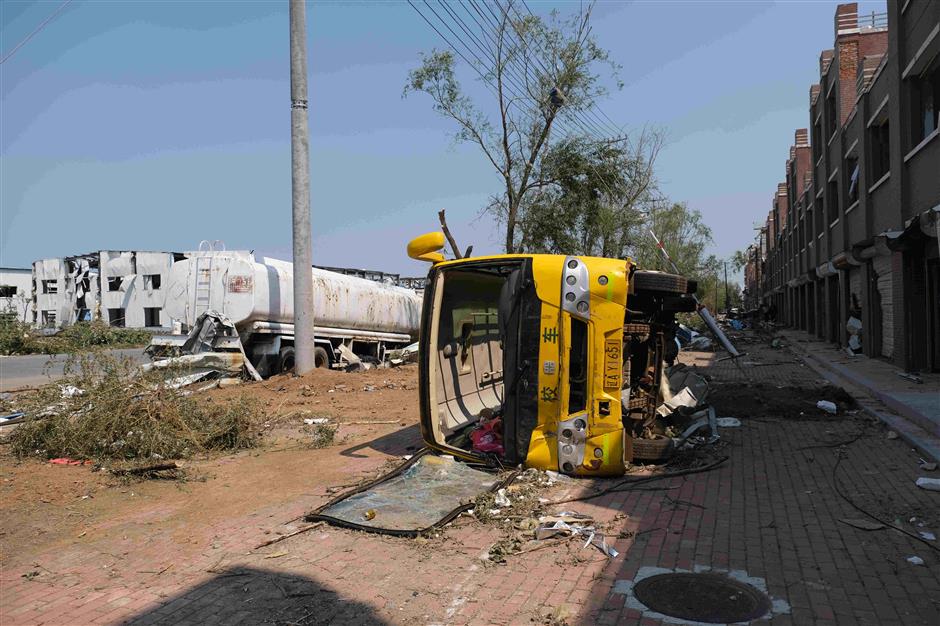 A car is seen turned on its side after a tornado hit a city in northeast China’s Liaoning Province on Wednesday.

More than 28,600 people were affected after a strong tornado hit a city in northeast China’s Liaoning Province on Wednesday, causing an economic loss of over 1 billion yuan (US$145 million), the local government announced on Saturday.

The tornado, packing winds up to 23 meters per second, struck the city of Kaiyuan around 5:15 pm Wednesday. It touched down at the Jingouzi Township, rampaged through an industrial park and churned south. It lasted around 15 minutes.

Six people were killed and more than 190 were injured.

Sixty-three injured people have been discharged from hospital, while those who remain hospitalized are in stable conditions, authorities said.

Power and water supply have recovered in most of the affected areas, and the damaged houses are expected to be fixed in 10 days.