The 50th state is the Paradise of the Pacific, an exotic archipelago of eight major volcanic islands and dozens of atolls and islets. It’s a place with perfect turquoise waves breaking onto the shores of dazzling beaches, idyllic waterfalls, lush rainforests and cloud-breaking volcanoes. Give these destinations a try if you want to get away from the usual tourist haunts of Hawaii.

Discover lush scenery and uninterrupted views without the crowds at Ahupuaʻa O Kahana State Park, an ancient land division located on Oahu’s windward side. It spreads across 5,300 acres between Kahana Bay and the 2,670-feet-tall Pu’u Pauao mountain, at the edge of the Ko’olau Range. Kahana, the park’s largest settlement, started life as a remote fishing and farming village. Numbers declined after the creation of the Kingdom of Hawaii and later due to the region’s use as a WWII training site. Today, 31 families reside inside the park and help to promote and preserve their culture.

Experience the park along its two public hiking trails. Kapa’ele’ele Trail is a 1.2 mile-long loop that cuts through a native forest canopy to the Keaniani Lookout. Here you can admire jaw-dropping views of Kahana Bay and Hailua Fishpond. Nakoa Trail is a 2.5-mile round-trip that brings you up close to koa, hala, and octopus trees. Several stream crossings add a touch of adventure to the hike. End your day by kicking back on the gorgeous golden sands of Kahana Bay Beach Park.

You’ll find it hard not to slow down in Hanapepe, a town characterized by its plantation-style buildings on Kauai’s south shore. Inhabited long before Charles Wilkes arrived on the United States Exploring Expedition in 1840, the town boomed in the 1880’s with an influx of sugar-farming immigrants. In the first half of the 20th century it became one of the island’s liveliest towns, largely due to the soldiers and sailors stationed here. Little has changed since then and the authentic facade was an inspiration for Kokaua Town, from Disney’s Lilo & Stitch movie series.

Spend your time here visiting the boutiques, cafes and galleries housed in well-preserved colorful buildings. Treat yourself to delicious ice cream at Lappert’s, Hawaii’s biggest ice cream chain. Views of the surrounding green countryside are exquisite from the rickety Hanapepe Swinging Bridge. About 2 miles from the center is Salt Pond Beach Park, whose shallow pools and crystalline waters are ideal for snorkeling. Bring a tent and spend the night camping beneath swaying palm trees.

Head inland on Maui to see a slice of Hawaiian paniolo (cowboy) heritage in Makawao. Paniolos, Californian cowboys brought to Hawaii by King Kamehameha III, first arrived to this enclave on the northwest slopes of Haleakala in the 1800s. Ever since, they’ve been cattle ranching in the sprawling fields of Upcountry Maui and clinging hard to their roots. Check out July’s Makawao Rodeo for bona fide bull bashes, calf roping, parades, and rodeo shows.

Beside the cowboys, Makawao has a thriving arts scene and artisans have set up workshops inside Western-style buildings. Browse the independent galleries and stop to watch glassblowers and wood sculptors plying their trade. If you are a budding artist, sign up for a class at the Hui No’eau Visual Arts Center. History buffs can learn about the town at Makawao Museum. Don’t miss out on an indulgent cream puff from the iconic T Komoda Store and Bakery.

7 Beaches Where You Don’t Want to Swim

Some beaches, while beautiful, have hidden perils, reasons someone sunbathing shouldn’t cool off with a dip. To help you out, we’ve compiled a list of beaches where you’ll definitely don’t want to go swimming. 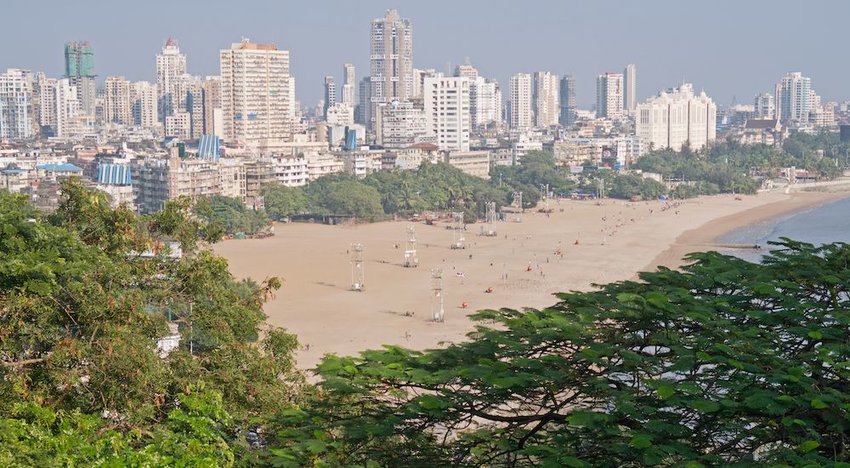 You might be able to figure this one out for yourself when you’re close up, but despite the many beaches within the city, none are safe for bathing. While Chowpatty Beach is Mumbai’s most popular beach and is the host of the city’s annual celebration in honor of the Hindu god Ganesh, it is littered with waste and debris. Large amounts of untreated sewage reach the coastline and, with steadily increasing pollution levels, any beach-goer is at serious risk of infection. 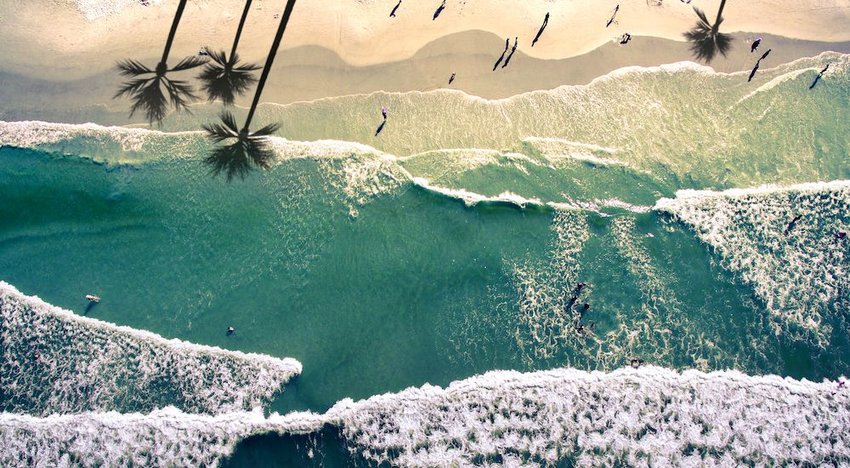 The warm climate and incredible surf at New Smyrna Beach in Florida tempt its visitors to jump in the water. But it’s what’s lurking underneath that’s the trouble. Due to the volume of attacks, the beach has gained the title of “shark capital of the world.” The sharks are attracted by large populations of fish as well as the floating surfboards overhead; it’s the ideal snacking ground. While none of the attacks on humans have been fatal, and die-hard surfers continue to jump in, we wouldn’t recommend it. 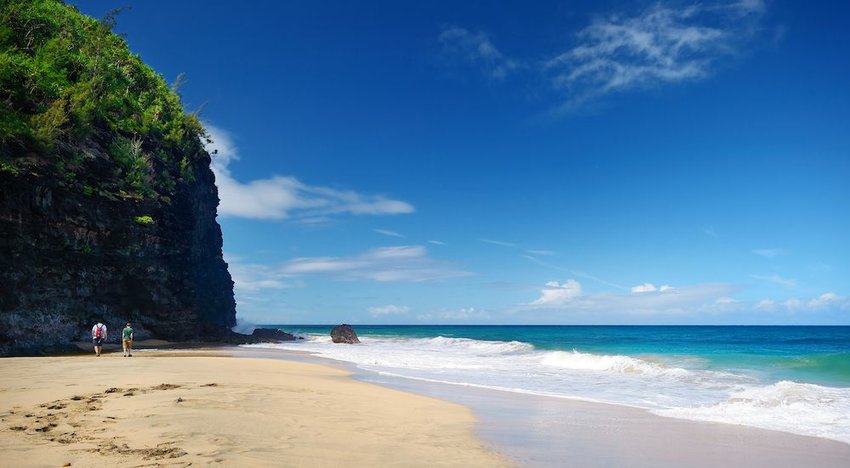 The islands of Hawaii are renowned for their glorious beaches, and as idyllic settings go, you can’t get much more perfect than Hanakapiai Beach. A well-known checkpoint in Hawaii, visitors trek a rocky, 3.2-kilometer hiking trail to get there. The temptation to jump in and cool off is overwhelming. However, as the area isn’t protected by any reef, its currents are vicious. Powerful rip currents are capable of pulling even the most experienced swimmers out to sea. With no lifeguards, no hope of rescue and a handmade sign with a death-tally on it as a stark reminder of the water’s power, you’d be mad to chance it. 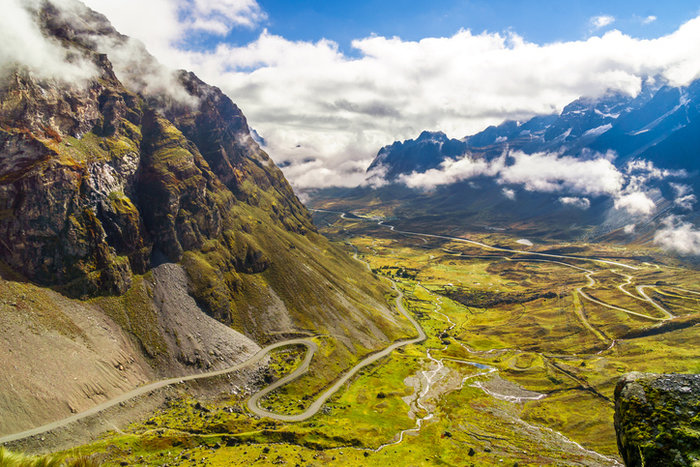 What are South America’s only 2 landlocked countries? 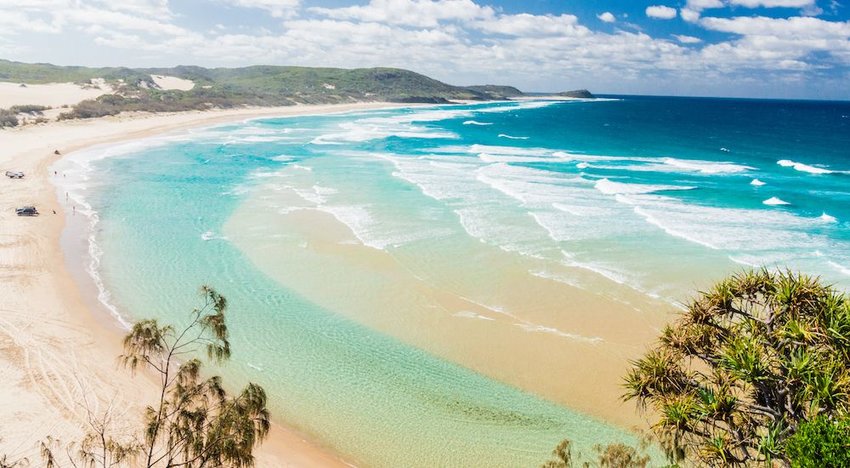 Fraser Island boasts one of the most awe-inspiring beaches in the world, stretching an incredible 120 kilometers along its east coast. While the crystal clear waters try to lure visitors in, there is more than one threat waiting. Underneath the water, nearly invisible box jellyfish are lurking, able to kill a full-grown adult with their sting. If the jellyfish don’t get you, then the many sharks in the bay will be next in line. On top of all that, the tides can be vicious. It seems the beaches on the Island aren’t meant for human paddlers. 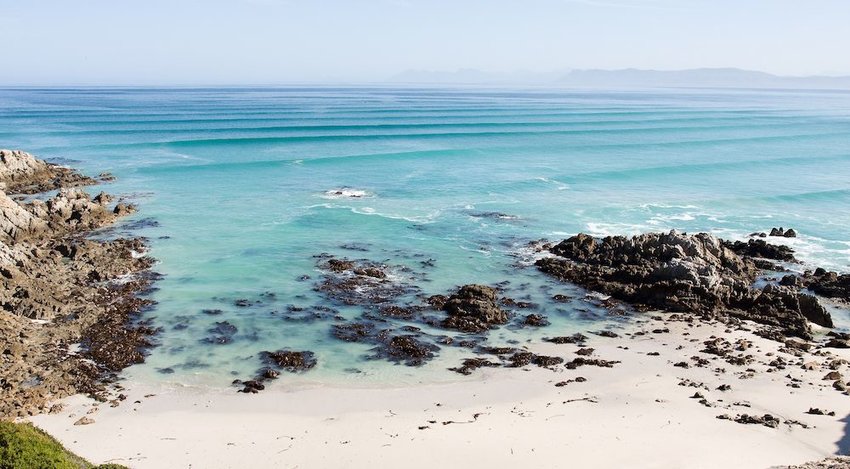 While Florida has gained the title for shark capital of the world, Gansbaai is home to the most great white sharks. The sharks are attracted to the area because of the huge colony of fur seals, which live in the water between Dyer Island and Geyser Rock. The channel, known as shark alley, is a stretch of water to be feared. If you like to get your adrenaline pumping, you can book a cage dive. You can get up close and personal with the world’s most notorious shark and live to tell the tale. 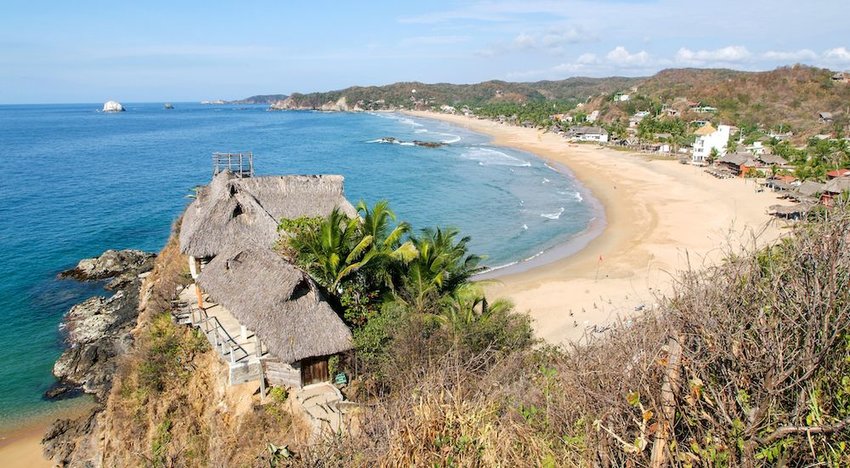 With a nickname “The Beach of the Dead,” Playa Zipolite is no place for a casual swim. The beach is picturesque, and the dangers are certainly hidden to the naked eye. In fact, they are also hidden to all the naked people; the beach is popular with backpackers and nudists. The danger comes from the giant waves that create extremely dangerous undercurrents. Swimmers are easily pulled out into the water. The introduction of a specialized lifeguard crew has reduced the number of drownings, but you’re safer sunbathing on the sand. 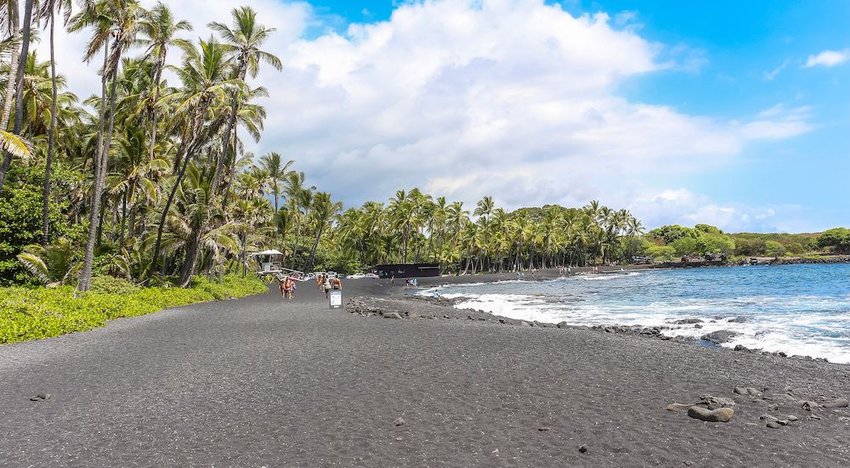 The black sand beaches of Kilauea, located in Volcanoes National Park, are certainly beautiful. The sand is an incredible contrast to the golden sands we’re used to elsewhere, and the water looks eerily inviting. However, a beach located next to one of the world’s most active volcanoes, Mount Kilauea, needs to be approached with caution. The temperature of the water can reach up to about 110 degrees. You’ll want to be careful not to burn your toes. Don’t let that stop you visiting though, having erupted as recently as last year, there are new black sand beaches to explore, and the area needs tourism more than ever.