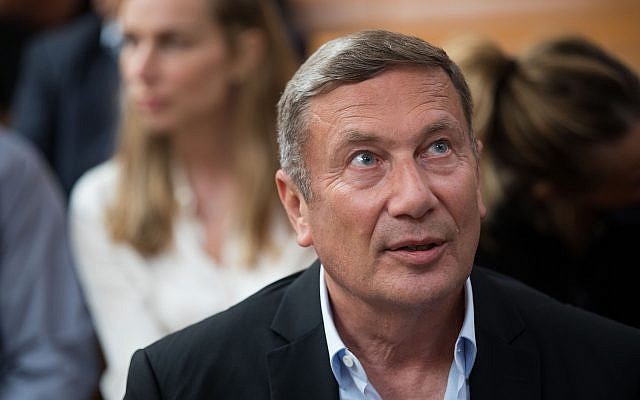 The Supreme Court has increased the sentence of one of the country’s most prominent businessmen to three years in prison for securities fraud.

The court ruled Wednesday that former IDB Holding Corp. controlling shareholder Nochi Dankner will begin serving his prison term on October 2 for his role in carrying out millions of dollars’ worth of fraudulent transactions in an attempt to influence the share price of the troubled company.

Dankner had been given a two-year prison sentence in 2016.

His co-defendant, Itay Strum, owner of a company that manages assets for wealthy families, had been sentenced to a single year behind bars, a year’s suspended sentence and a NIS 500,000 fine ($130,760). 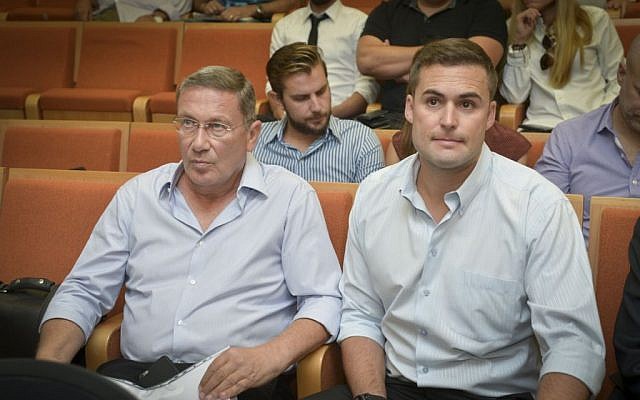 Nochi Dankner (left) and Itay Strum, both sentenced for insider trading, at the Tel Aviv District Court on October 30, 2016. (Flash90)

However, both men appealed their sentence. In Monday’s ruling the court increased Dankner’s sentence to three years and Strum’s to two years.

In the ruling Judge David Mintz said that their actions had harmed public confidence in the stock market, adding that it increased suspicion that trading prices for securities do not accurately reflect the economic activity of the economy or the market.

The judges said that they felt the initial sentence was not commensurate with the severity of the crimes.

“A review of the sentence showed that even though it used harsh language against the actions of Dankner and Strum, and even stressed the clear need to eliminate white collar crime in general and within the capital market specifically, this approach was not adequately expressed in the sentence and the punishment,” they wrote in their ruling.

Both men had been convicted for their involvement in insider trading in the run-up to a stock flotation for Dankner’s holdings company, IDB Group, in 2012.

Dankner had sunk into massive debt with the banks and had met a brick wall trying to raise cash or get further loans.

IDB took on millions of dollars in debt following a series of bad business deals. The courts wrested control of IDB from Dankner as a result.

Dankner, a favorite of Israel’s business community, was often credited with helping rescue Israel’s economy at the height of a Palestinian uprising. Under his leadership, IDB became Israel’s largest holding company and Dankner became a celebrity.

During his original trial, Dankner did not deny his “failures and poor decisions,” but tried unsuccessfully to convince the court that his actions had not been criminal. He tried to put much of the blame for IDB’s collapse on reforms in the cellular market introduced by Finance Minister Moshe Kahlon in his previous cabinet role of communications minister.