Israeli Prime Minister Benjamin Netanyahu will “return his mandate” to President Reuven Rivlin after being unable to form a government, according to a tweet by the Jerusalem Post’s chief political correspondent.

Gil Hoffman said in a post that he’ll make the move “barring a change of heart” by Benny Gantz’s Blue and White party on letting Netanyahu start as prime minister and bring allies with him into the coalition.

Breaking: @netanyahu will return his mandate to form a government to @PresidentRuvi already tomorrow, barring a change of heart by @Kachollavan19 on letting Netanyahu start off as PM and bring allies with him into the coalition.

72 people are talking about this

Netanyahu was tapped last week to form Israel’s next government with no clear indication he’d be able to pull that off and end weeks of political stalemate.

The decision late Wednesday by President Reuven Rivlin to hand Netanyahu first crack at building a coalition in parliament granted the Israeli leader a political lifeline a week before he faces a crucial hearing on the corruption allegations that have clouded the last three years of his tenure.

Blue and White, which won the most seats in elections earlier this month, rejected demands from Netanyahu to form a unity government under his leadership with his right-wing and ultra-Orthodox Jewish allies, according to the AP.

Gantz has not ruled out an alliance with Likud in but said he would not do so with Netanyahu facing indictment. 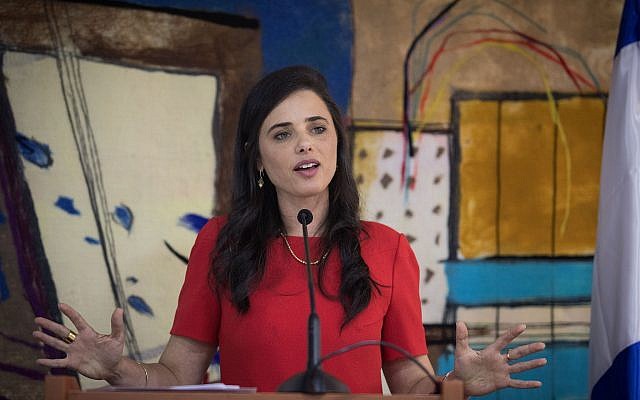 Justice Minister Ayelet Shaked speaks during her farewell ceremony, at the Ministry of Justice offices in Jerusalem on June 4, 2019 (Hadas Parush/Flash90)

Former justice minister Ayelet Shaked on Friday rejected the assertion by a prominent religious Zionist rabbi that politics “is no place for a woman.”

“Just a reminder that a woman can do anything — travel, be a mother, lead a party, even serve as city mayor, company director or head of state,” Shaked tweeted, accompanied by a photo of herself in Canada where she is vacationing.

Amid talk of uniting the fractious political parties of the national religious camp, Rabbi Shlomo Aviner, a former chief rabbi of the Beit El settlement and head of the Ateret Yerushalayim yeshiva, was one of dozens of rabbis who came out against allowing Shaked, a secular woman, to lead such a union.

The rabbis’ statement, published Wednesday by the Walla news outlet, merely expressed support for the current leader of the Union of Right-Wing Parties, Rafi Peretz, and declared that the party must never be led by a non-religious candidate. 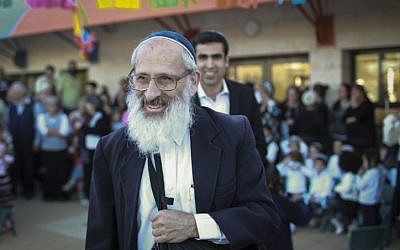 Rabbi Shlomo Aviner at the dedication of a new kindergarten in the settlement of Beit El, on Wednesday, March 26, 2014. (Hadas Parush/Flash90)

But Aviner said in an interview Thursday that he opposed giving Shaked a leadership role, while focusing on her gender.

While Shaked is “really wonderful,” he told the Kan public broadcaster, “every person has their own place. It’s not right, the complex world of politics is no place for the female role.”

Without naming Aviner, the Jewish Home party, which is headed by Peretz, released a statement Thursday afternoon distancing itself from the rabbi’s comments.

“Jewish Home was the first political party to establish an influential women’s forum to advance women leaders, and some 45 percent of the party’s members are women,” the statement read.

“The party also has reserved slots for women [on its Knesset slate] in order to ensure their proper and appropriate representation in the Knesset,” it added. 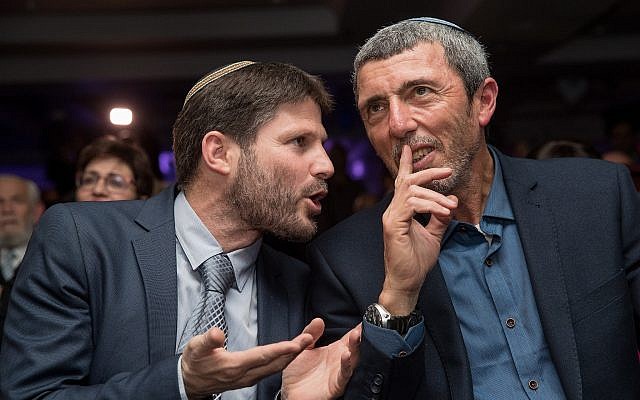 “Religious Zionism is made up of many different stripes and worldviews, but we know how to join together into a single party when necessary. We believe women have an important place in Israeli public life,” it concluded.

Aviner’s comments have drawn criticism from across the political spectrum.

Former Jewish Home MK Shuli Moalem-Refaeli said she was “flabbergasted” by Aviner’s rejection of Shaked because of her gender.

“The presence of women, including religious women, in the public sphere is [an] obvious [issue],” she said in quotes carried by the national religious news website Srugim. 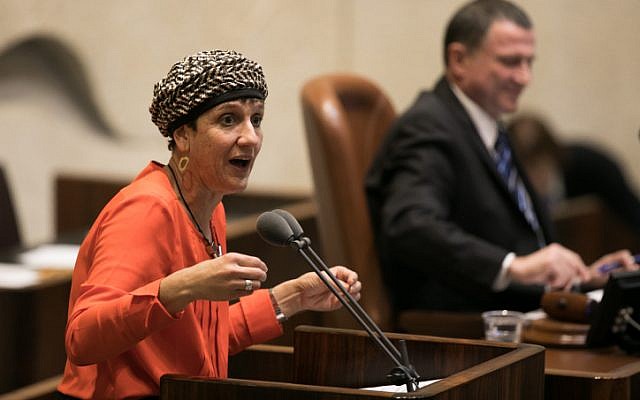 Centrist Blue and White party’s MK Orna Barbivai, who is the first woman to reach the rank of major-general in the Israeli military, said Aviner’s comments “will give a motivational push for women to enter politics,” according to Channel 12 news.

“Thank you to Rabbi Aviner for reminding me why I got into politics,” Blue and White MK Miki Haimovich told the Kan broadcaster.

Shaked, who served as No. 2 on Jewish Home’s Knesset slate and was justice minister from 2015 until last month, is among the most popular politicians on the Israeli right. Several prominent Likud leaders, including Welfare Minister Haim Katz, tried to bring her into the ruling party in recent weeks, but the move was resisted by other ministers and party officials.

Aviner, who moved to Israel from France in the 1960s, is a prominent and prolific writer and commentator on current events and is known for his ultraconservative views on gender. He has often espoused radical views on other issues that he insists are rooted in religious law, including that Jewish law forbids Jews from renting apartments in Israel to Arabs — a claim denounced by many other national religious rabbis. He has supported so-called conversion therapy, a discredited practice that is meant to discourage same-sex attraction.

In April, after a fire gutted the 13th-century Notre Dame Cathedral in Paris, Aviner said it may have been divine retribution for the mass-burning of Talmud volumes in the French capital 800 years ago.