(THIS ARTICLE IS COURTESY OF THE HINDUSTAN TIMES NEWS)

Pakistan sounds alarm over ‘nuclearisation’ of Indian Ocean by India “This trend is likely to intensify in the coming years,” he warned at the ‘International maritime conference on strategic outlook in Indian Ocean region, 2030 and beyond – evolving challenges and strategies’.

“We are aware of our national interests and every effort will be made to strengthen our capacity to ensure that we remain ready to meet the emerging maritime security challenges. For us, to remain oblivious of the developments taking place in the Indian Ocean region is not an option.”

Aziz said nuclearisation of the Indian Ocean had further destabilised the region.

It was in Pakistan’s ves­ted interest that the region remai­ned peaceful as 95 per cent of the country’s trade took place through sea and it had over 1,000 km long coastline, an Exclusive Economic Zone of around 300,000 sq km, the Karachi port and the newly built deep-sea port of Gwadar.

He said the Indian Navy’s substantial expansion was a cause of concern for Islamabad. “Pakistan has a strategic stake in the peaceful navigation and security of the Indian Ocean region.”

“We realise the economic potential of the region. As the third-largest ocean providing coastline to more than 30 countries, the Indian Ocean provides connectivity not only to important regions in Asia, particularly South Asia and the Middle East, and Africa, it also connects Australia with Europe. Regular dialogue between stakeholders on security and safety have never been so important.”

He said an estimated 55 per cent of oil reserves of the world and 40 per cent of gas were located in the region.

“Today, some 40 per cent of the global trade passes through the Indian Ocean. With the rise of Asia as the global powerhouse, the region indeed offers the unique platform for the globalised world as an attractive trade route. At present ports in the Indian Ocean handle about 30 per cent global trade and half the world’s container traffic. But the establishment of a new system of routes and ports will further increase the economic importance of this ocean,” he said.

Aziz said the Indian Ocean region was not all about war.

“It is a catalyst for peace and prosperity, cooperation, collaboration, connectivity and stability and security.”

He suggested that Pakistan, taking advantage of the China-Pakistan Economic Corridor (CPEC), should begin working on two supplementary corridors.

“There should be a corridor connecting Pakistan to West Asia and Africa. The West Asian corridor could go by Iran to Central Asia and Moscow and via Iran and Turkey to Europe and a second corridor would pass through or around the Gulf region and penetrate into Africa,” he said, pointing out that Africa in particular was an upcoming continent with lots of potential.

(THIS ARTICLE IS COURTESY OF THE ASHARQ AL-AWSAT NEWS AGENCY)

New York- Few days after former Secretary-general of the United Nations Ban Ki-moon expressed his concern regarding the fact that Tehran might have violated an arms embargo by supplying weapons and missiles to Lebanese Shi’ite group so-called Hezbollah, the topic is set to be discussed by the council on January 18.

The second bi-annual report, due to be discussed by the 15-member council, also cited an accusation by France that an arms shipment seized in the northern Indian Ocean in March was from Iran and likely bound for Somalia or Yemen.

Regardless that the session was aimed at following the implementation of U.N. resolution 2231, which endorsed the Joint Comprehensive Plan of Action, Reuters confirmed on Monday that the report submitted every six months by U.N. chief included U.N. concern from Iran violating an arms embargo.

According to Reuters, the report was submitted to the Security Council on Dec. 30 by Ban Ki-moon before he was succeeded by Antonio Guterres on Jan. 1.

It came just weeks before U.S. President-elect Donald Trump, who has threatened to either scrap the nuclear agreement or seek a better deal, takes office.

“In a televised speech broadcast by Al Manar TV on 24 June 2016, Hassan Nasrallah, the Secretary-General of Hezbollah, stated that the budget of Hezbollah, its salaries, expenses, weapons and missiles all came from the Islamic Republic of Iran,” Ban wrote in the report.

“I am very concerned by this statement, which suggests that transfers of arms and related materiel from the Islamic Republic of Iran to Hezbollah may have been undertaken contrary to a Security Council resolution,” Ban said.

Most U.N. sanctions were lifted a year ago under a deal Iran made with Britain, France, Germany, China, Russia, the United States and the European Union to curb its nuclear program.

However, Iran is still subject to an arms embargo and other restrictions, which are not technically part of the nuclear agreement.

Meanwhile, U.N. Special Rapporteur on the human rights situation in Iran Asma Jahangir expressed deep concerns over the continuous detention of human rights defenders in the country, who, she said “have been tried on the basis of vaguely defined offences and heavily sentenced following trials marred with due process violations.”

Raising alarm over the health of several prisoners of conscience in Iran, who have been on a prolonged hunger strike contesting the legality of their detention, the U.N. expert on the human rights situation there urged the authorities to “immediately and unconditionally” release all those who have been arbitrarily arrested, detained and prosecuted for exercising their rights.

Two of at least eight protesting prisoners of conscience have been on hunger strike since October last year.

One of the two ended his strike last week after his wife, Golrokh Ebrahimi Iraee, a human rights defender, was granted bail.

Another protester – Mohammed Ali Taheri – started his strike on 28 September.

However, his whereabouts have been unknown since his reported transfer to Baghiatollah Military Hospital in October.

Furthermore, at least one of the protesters – Arash Sadeghi, another human rights defender – is being denied transfer to specialized medical facilities despite his critical health condition and is reportedly kept in his cell.

“I call on the Iranian authorities to ensure that Sadeghi has access, as a matter of utmost priority, to specialized health care in a hospital outside prison, in compliance with international human rights standards and medical ethics in particular the principles of informed consent,” said Jahangir. 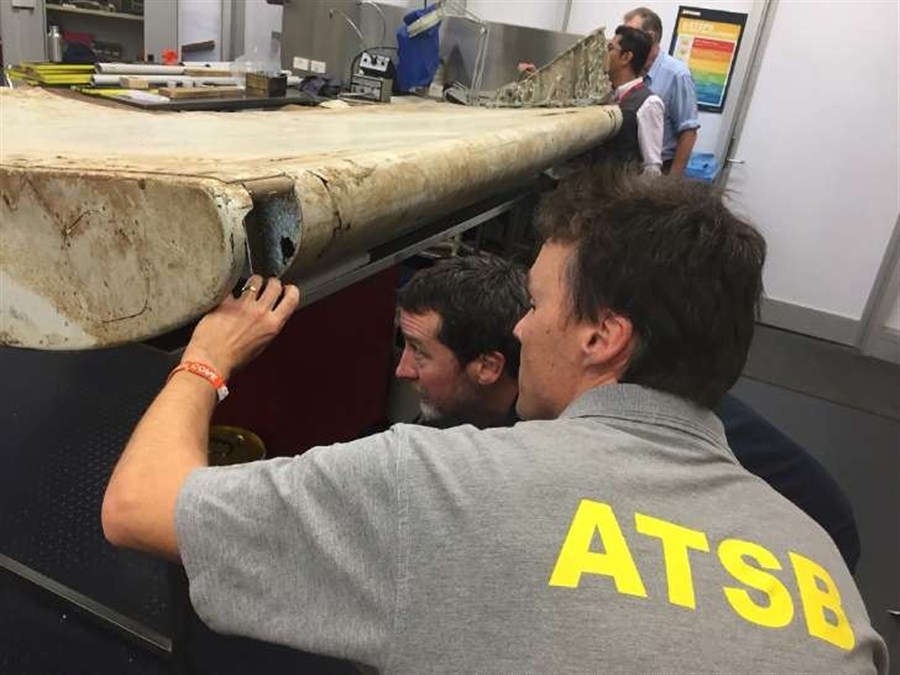 A piece of aircraft wreckage found in June off Tanzania has been confirmed as coming from doomed MH370 flight, Malaysia said yesterday.

The debris, found on Pemba Island off the Tanzanian coast, is the latest piece of wreckage to be linked to the Malaysia Airlines jet, whose disappearance remains a mystery.

Malaysia’s transport ministry said the piece of debris, which had been taken to Australia for expert analysis, was found to have part numbers, date stamps and other identifiers confirming it came from the Malaysia Airlines jet.

“As such, the experts have concluded that the debris, an outboard flap, originated from the aircraft 9M-MRO, also known as MH370,” a ministry statement said.

“Further examination of the debris will continue in hopes that evidence may be uncovered which may provide new insight into the circumstances surrounding flight MH370.”

Authorities had earlier said the piece of debris was “highly likely” to have come from MH370. However, the confirmation appears to have so far shed no fresh light on the plane’s fate.

The Malaysia Airlines jet was carrying 239 passengers and crew when it disappeared en route from Kuala Lumpur to Beijing on March 8, 2014. It is believed to have crashed into the Indian Ocean, but an extensive hunt off Australia’s west coast is drawing to a close with nothing yet found.

However, several pieces of debris that apparently drifted thousands of kilometers toward the African coast have been identified as definitely or probably from the Boeing 777.

Those finds have confirmed the plane went down but have so far shed no light on why and have fuelled questions over whether the official search is focused in the right area.

The Australian-led operation is scouring the seafloor within a remote 120,000-square-kilometer belt of the Indian Ocean where authorities believe the passenger jet went down.

The search is nearly finished, however, and families are bracing for it to be called off.

An American amateur investigator, Blaine Gibson, handed other possible MH370 debris to Australian officials on Monday, saying several pieces were blackened by flames, raising the prospect of a flash fire onboard.

Gibson, a lawyer who has traveled the world trying to solve the MH370 mystery, told Australian reporters the debris had washed up in Madagascar.