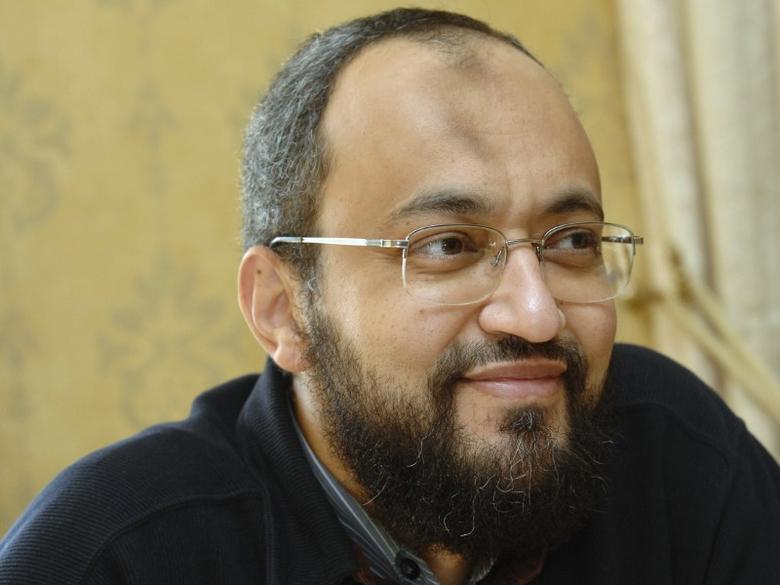 An Egyptian-born Swiss Muslim cleric was expelled from France on Saturday for past remarks and behavior that posed a serious threat to public order, the French Interior Ministry said in a statement.

Hani Ramadan was arrested in Colmar, in northeastern France, where he was expected to take part in a conference.

Ramadan is known to have spoken and behaved in a way that posed a serious threat to public order, it said.

France is under heightened alert following a spate of attacks by Islamist militants since January 2015 that have killed more than 230 people. The threat posed by radical Islamist militants is a hot button in the French April-May presidential election.

Islam Karimov, the man who ruled Uzbekistan for 27 years and was criticized for his authoritarian tendencies, died at age 78, leaving no obvious successor. (Reuters)

As the head of an authoritarian regime sometimes likened to North Korea, Islam Karimov was known to be ruthless. The president of Uzbekistan whose death became public Friday was accused of having his political opponents jailed, exiled or even killed.

A particularly delicate case, however, is his daughter Gulnara Karimova, 42, who was believed to be one potential successor of Karimov until a few years ago.

Her fall demonstrated how divided a country Uzbekistan had become — and how brutal Karimov’s leadership had turned. Karimova made headlines in 2014, when she was put under house arrest by her father. Secret recordings, obtained by theBBC and published that year, offered a firsthand account of how Uzbekistan’s once-most prominent face has turned into the country’s most famous prisoner.

In the secret recordings that were later sent abroad via USB stick, Karimova said: “I’m not talking about myself now. We need medical help.” She indicated that “no one [answered] why we’re kept in the house,” and she seemed particularly worried about her daughter Iman, who suffers from a heart condition.

Did Islam Karimov consider his daughter a threat to his own popularity?

According to a confidential U.S. diplomatic cable from 2008, published by Wikileaks, Karimova used to be a favorite of her father and was simply referred to as the “Uzbek princess.” After graduating from Harvard in June 2000, she became adviser to several foreign affairs officials and advanced to the position of deputy foreign minister.

In a 2005 U.S. cable, she was described as “the single most-hated person” in the country. According to the cable, she was perceived as greedy, power-hungry and interested in using her father’s power to her own financial advantage. The diplomatic analysis concluded that recent PR campaigns “promoting [her] virtue and selflessness [were] likely part of a larger strategy to clean up the First Daughter’s image.” Another file from 2010 specifies that by then, Karimova was believed to own the largest conglomerate of Uzbekistan, which she used “in support of [her] private business interests.” But then, things started to go wrong.

When the suspicious conglomerate was abruptly shut in 2010, Karimova moved on to become ambassador to Spain and the Uzbek representative to the United Nations in Geneva. At the same time, she successfully worked on an alternative career as a singer. John Colombo, who produced one of her music videos, told theBBC that, back then, Karimova “owned the country. She was everywhere.” As her alter-ego GooGoosha, she dominated Uzbek radio stations and, according to Colombo, “people seemed to love her” — a remarkable change after having been described as the most-hated Uzbek only years earlier.

The glamour of her music videos, however, didn’t win over her critics. At a runway show in New York promoting Karimova’s brands in 2011, protesters demanded an end to alleged child labor in Uzbekistan and tried to raise awareness of the precarious human rights situation in the country. The show was canceled by organizers of New York Fashion Week.

In 2011, the Associated Press critically described Karimova: “Glamour queen. International diplomat. Plunderer of the poor.” In 2013, she was overwhelmed by a major corruption scandal in Sweden, in which journalists made public that Telecommunications giant TeliaSonera had allegedly bribed Uzbek officials to enter the country’s mobile phone market. Despite denials from TeliaSonera, the path of the money was traced back by prosecutors to Karimova — a scandal in which she seems to have lost the loyalty and support of her dictatorial father.

Karimova faced a separate investigation related to money laundering in Switzerland in March but is believed to have already been under house arrest back home by then. According to the Economist, Uzbek tax prosecutors had recently begun to look into her businesses.

Her empire rapidly crumbled: Charities and TV stations belonging to her were shut down, luxury stores and jewelry lines she had founded were closed. Although her Twitter account has since been suspended, she voiced loud protest on the social media platform, writing that the forced closures were “a serious attack on civic organizations, and on thinking society as a whole.”

Within only six years, Karimova went from being Uzbekistan’s deputy foreign affairs minister to the reputed owner of the country’s largest conglomerate. After working in secret, she became the most prominent face and voice of the Uzbek nation. Then, she turned into one of the most outspoken critics of the country’s government. Photos sent to The Washington Post in 2014 appeared to show confrontations between Karimova and her guards, while she was under house arrest. Such confrontations “occur all the time whenever she tries to go out the door, to get some air or to see if people are around and particularly when she is requesting extra food,” her spokesman, Ryan Locksley, told The Post then.

Karimov’s death has now put a new spotlight on the fate of his daughter, who was once supposed to succeed him.