(THIS ARTICLE IS COURTESY OF THE UK’S METRO NEWS)

Earth hit by most powerful cosmic gamma ray photon blast ever recorded Jasper Hamill Wednesday 31 Jul 2019 10:11am Share this article via facebook Share this article via twitter Share this article via messenger 13 SHARES The Crab Nebula, which is located in an arm of the Milky Way 6,500 light-years from Earth Scientists have recorded the most powerful ‘gamma-ray’ blast to ever hit our planet. The cosmic beam was detected by the Tibet AS-gamma Experiment, a collaboration between Japanese and Chinese researchers. Gamma rays are electromagnetic waves with a very short wavelength which are produced during dramatic events in space such as the death of stars in massive supernova explosions. Other electromagnetic waves include radio waves and microwaves. If a strong gamma-ray hit a human, it could kill them or damage their cells and cause cancer. Luckily, Earthlings are protected from gamma rays, which tend to break apart into small particles when they crash into our atmosphere before showering down on Earth, where they can be detected by scientists. MORE: TECH Facebook can literally read your mind and ‘decode’ your thoughts Apple made $53,800,000,000 in the last three months You need to update your iPhone because Google says so To find the particles as they rained down on our planet, scientists placed 597 detectors across 65,700 square metre area in Tibet. They also placed 64 concrete barrels filled with water which can also detect the gamma-ray remnants. This experiment allowed to detect the power and source of the gamma-ray photons – the name of the tiny, basic particles in light and other forms of electromagnetic radiation including gamma-rays. They were measured at 100 tera-electron volts (TeV)l, which is one trillion electron volts or roughly 10 times the maximum energy recorded by the Large Hadron Collider when it is used to smash particles together. It was calculated that the photons emanated from the Crab Nebula – a cloud of dust and gas left behind when a star went kaboom in a supernova so bright it was observed by Chinese astronomers working in the 11th century AD. Scientists cannot fully explain why the nebula produces such powerful gamma rays, but it’s believed the system is home to a rapidly spinning star called a pulsar, which rotates at high speeds and emit powerful beams of electromagnetic radiation. Share this article via facebook Share this article via twitter Share this article via messenger MOREN asa First lucky star to ‘escape’ the Milky Way’s supermassive black hole discovered Here’s how to get the WHOLE family more active (and it’ll be fun, promise!) Three supermassive monster black holes ‘caught in the act’ of coming together The moon is covered in human poo Add comment » MUST READ Elderly pair giggle like children as they get chance to dip their toes in the sea The pair were overjoyed to feel the sea on their feet once more. Homeless man left to die in bus stop ‘like trash on the road’ His lifeless body was discovered in the bus stop this morning where he had been living for months. Seesaw at US-Mexican border lets children play together in defiance against Trump Friendships are being built over the border wall. Moment of relief as dad is reunited with son who vanished overnight People were being urged to check their gardens, garages and sheds in case he stayed there. Man who can’t stop masturbating in fields of horses is in prison again Malcolm Downes has a ‘long, long history’ of masturbating near horses and was first jailed in 2016 for the ‘totally disgusting’ behaviour. Animal lover, 79, sentenced to jail for feeding stray cats Cat lover Nancy Segula was ordered to spent a week and a half in a notoriously rough jail for repeatedly breaking a local law banning residents from feeding cats and dogs Police hunt woman who strolled into supermarket then peed on potatoes The woman strolled into the store, then relieved herself on the tubers in front of a horrified worker Huge hoard of cats discovered living on dump surviving on rubbish WHAT’S TRENDING NOW More trending stories »

Tiangong-2 to be launched tonight 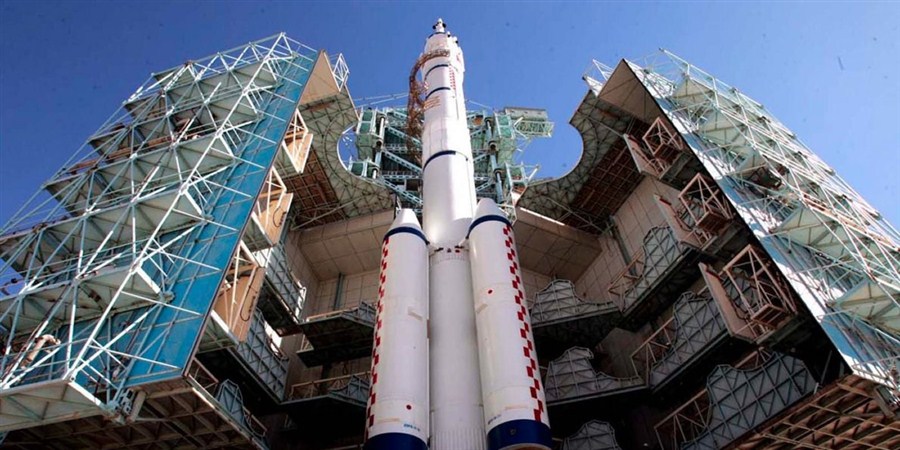 CHINA will launch its second experimental space laboratory late today, part of a broader plan to have a permanent manned space station in service around 2022.

China will launch its Tiangong-2 space lab from the Jiuquan Satellite Launch Center in northwestern China’s Gobi desert at 10:04pm.

“All systems are ready for lift-off,” she said.

“The launch of Tiangong-2 will lay a solid foundation for the building and operation of a permanent space station in the future,” she said.

Once in space, the 8.6-ton Tiangong-2 will maneuver itself into an orbit about 380 kilometers above the Earth for initial on-orbit tests.

It will transfer to a slightly higher orbit about 393 kilometers above the Earth’s surface before the Shenzhou-11 manned spaceship ferries two astronauts into space to dock with the lab.

The two astronauts will work in Tiangong-2 for 30 days before re-entering the Earth’s atmosphere.

In April 2017, China’s first cargo ship, Tianzhou-1, will also be sent into orbit to dock with Tiangong-2 and provide it with fuel and other supplies.

Wu said experts will verify and evaluate key technology involved in on-orbit propellant resupply and equipment repairs as well as that related to long-term stays in space by astronauts.

They will also use the lab, which is designed to operate for at least two years, to conduct space science experiments on a relatively large-scale compared to China’s previous efforts.

Measuring 10.4 meters in length and 3.35 meters in maximum diameter, the Tiangong-2 is much like its predecessor Tiangong-1, which was launched in 2011, but its living quarters and life support facilities have been improved to allow for longer stays by astronauts.

Originally built as a backup for Tiangong-1, it can enable two astronauts to live in space for up to 30 days and is capable of receiving manned and cargo spaceships.

Once inside Tiangong-2, the two astronauts will carry out key experiments related to aerospace medicine, space physics and biology as well as on-orbit equipment repairs in areas such as quantum key transmission, space atomic clock and solar storm research.

More than 40 space science and application experiments will be conducted aboard Tiangong-2.

The space cold atomic clock, which scientists say only loses one second about every 30 million years, is expected to make future mobile navigation more accurate.

Also piggybacking on the Tiangong-2 launch will be a micro satellite that will orbit close to the space lab.

According to Wu, Tiangong-2 is China’s first space lab “in the strict sense.”

In a manned space mission in 2013, three Chinese astronauts spent 15 days in orbit and docked with an experimental space laboratory, the Tiangong 1, or “Heavenly Palace.”

Tiangong-1 was mainly tasked with verifying technology involved in space docking and serving as a platform for a limited number of scientific experiments, Wu said.

The manned space engineering office said in March that the orbit of Tiangong-1 will descend gradually over several months until the orbiter eventually burns up in the atmosphere.