Have you ever talked on the phone with a friend who lives in the opposite hemisphere? It can be an eye-opening experience, particularly when they start complaining about the weather. While they’re experiencing icy winters and cold, bitter winds, you’re sweating it out in your t-shirt and shorts, trying to beat the summer heat.

But why do the northern and southern hemispheres have opposite seasons? To answer that, we should first take a step back and look at what causes seasonal weather shifts in the first place. 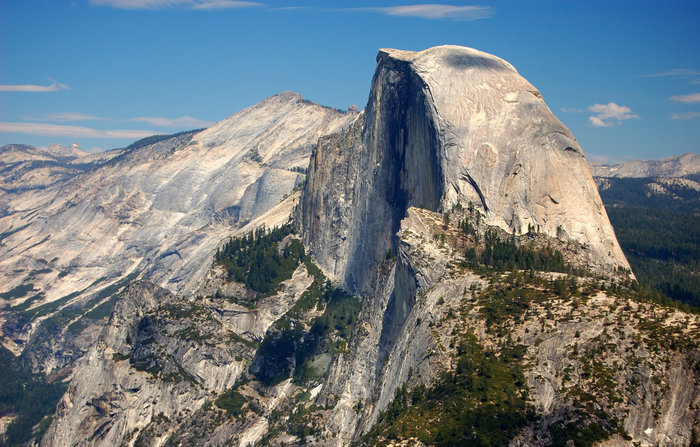 Test your knowledge!
Where is this world-famous peak?

A Primer on Seasons

We’d explain the concept of seasons, but why not let National Geographic do it instead?

“A season is a period of the year that is distinguished by special climate conditions. The four seasons — spring, summer, fall, and winter — follow one another regularly. Each has its own light, temperature, and weather patterns that repeat yearly.”

Of course, the classic four season framework applies only to regions at mid-latitudes between the equator and the poles. Seasons are largely dependent on the region’s location relative to the equator, and as you travel closer to or further from the equator, this pattern begins to shift.

Closer to the poles, temperatures are generally colder with fewer hours of daylight. (In Barrow, Alaska, it’s consistently dark throughout most of the winter — close to three months!) But nearer to the equator, it’s warm for most of the year, and daylight cycles stay consistent.

In other words, seasonal shifts are determined by two things:

That first point is a factor in explaining how extreme seasonal weather shifts can be. But when explaining why seasons are opposite across northern and southern hemispheres, the axis makes all the difference.

The Axis of the Earth Is Key

Our earth has a tilted axis relative to the position of the sun, which is why seasons are opposite across hemispheres.

The Extremes: Summer and Winter

The Middle Ground: Autumn and Spring

So, winter and summer are opposite. But what about autumn and spring?

These are even easier to understand. Since Earth’s axis produces a tilt that creates opposite seasons across the equator, there’s a sort of “middle ground” that occurs as Earth spins towards its summer/winter extremes. This middle ground is, essentially, the autumn and spring seasons.

During these mild seasons, both hemispheres receive the same amount of solar radiation, producing similar weather conditions across the north and south. The key difference comes from each region’s starting point.

When a region moves into autumn, it’s moving from a period of high solar energy (summer) into a lower period. And conversely, regions moving from winter to spring slowly gain solar energy. In this way, autumn and spring are functionally the same thing. The only difference is where each region begins.

Lord where shall it be

I pray for guidance

With every breath, and every step

I know not life’s path

That is set in front of my feet

Lord please be my light

So that my eyes can see my feet

I wish not to wander blindly

With my feet upon soft ground

For in my life I have walked in darkness

With my toes sinking into uncertain ground

Keep me away from life’s deadly holes

Please embed your light into my soul

Lord, I wish not to stumble

Nor fall into Satan’s grasp

So I can tell Satan to kiss my ass