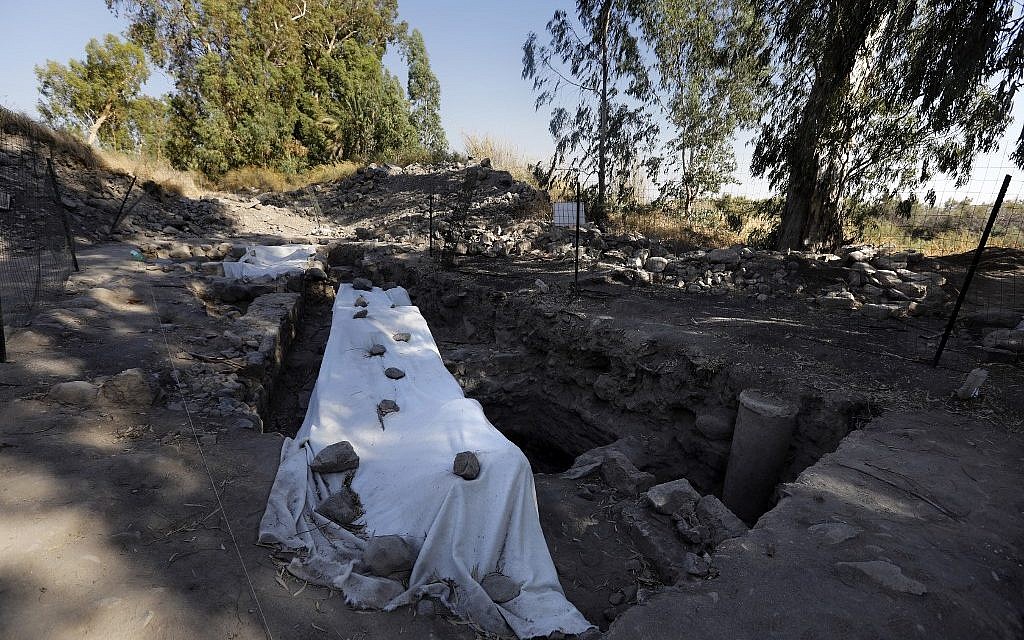 In this file photo taken on August 6, 2017, a general view of an archaeological excavation site, believed to be the location of a biblical village that was home to Saint Peter, near the Sea of Galilee in northern Israel. (Menahem Kahana/AFP)

AFP — Excavations in Israel’s Galilee have uncovered remains of an ancient church said to mark the home of the apostles Peter and Andrew, the dig’s archaeological director said Friday.

Mordechai Aviam of Kinneret Academic College, on the shore of the Sea of Galilee in northern Israel, said this season’s dig at nearby El-Araj confirmed it as the site of Bethsaida, a fishing village where Peter and his brother Andrew were born according to the Gospel of John.

The Byzantine church was found near remnants of a Roman-era settlement, matching the location of Bethsaida as described by the first century AD Roman historian Flavius Josephus, Aviam said.

The newly discovered church, he added, fitted the account of Willibald, the Bavarian bishop of Eichstaett who visited the area around 725 AD and reported that a church at Bethsaida had been built on the site of Peter and Andrew’s home.

According to Willibald, Aviam says, Bethsaida lay between the biblical sites of Capernaum and Kursi.

“We excavated only one third of the church, a bit less, but we have a church and that’s for sure,” Aviam told AFP. 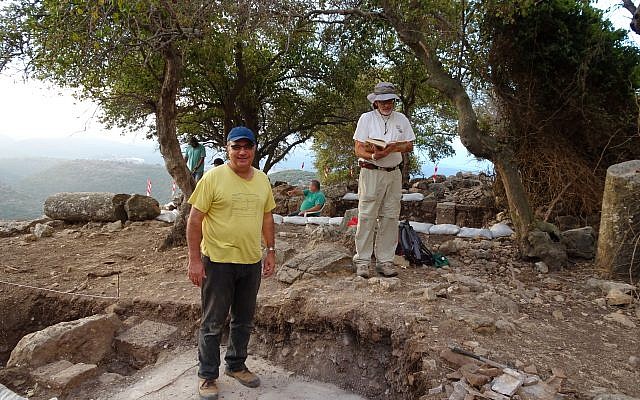 “The plan is of a church, the dates are Byzantine, the mosaic floors are typical… chancel screens, everything that is typical of a church.”

“Between Capernaum and Kursi there is only one place where a church is described by the visitor in the eighth century and we discovered it, so this is the one,” he said.

Christians recognize Saint Peter, originally a fisherman, as one of the first followers of Jesus and the leader of the early Church following the ascension.

The Catholic Church also venerates him as its first pope.

El-Araj, known as Beit Habeck in Hebrew, is not the only candidate for the site of Bethsaida.

About two kilometers (more than a mile) away at e-Tell, digging has been going on since 1987 and according to the National Geographic website has unearthed major ninth-century BC fortifications and “Roman-period houses with fishing equipment, including iron anchors and fishing hooks, and the remains of what may be a Roman temple.”

Aviam is convinced that he and his international team, with professor R. Steven Notley of New York City’s Nyack College as academic director, are digging in the right spot.

“We have a Roman village, in the village we have pottery, coins, also stone vessels which are typical of first century Jewish life, so now we strengthen our suggestion and identification that El-Araj is a much better candidate for Bethsaida than e-Tell,” he said.

“It has been excavated for the past 32 years. We started digging two years ago because we thought it’s the better one and now we have the proofs.”

Notley, interviewed in Israeli daily Haaretz, is a little more cautious, saying the clincher will be if complete excavation of the El-Araj church reveals an inscription.

“It would be normal to find an inscription in a church of the Byzantine period, describing in whose memory it was built, for instance,” he told the paper.