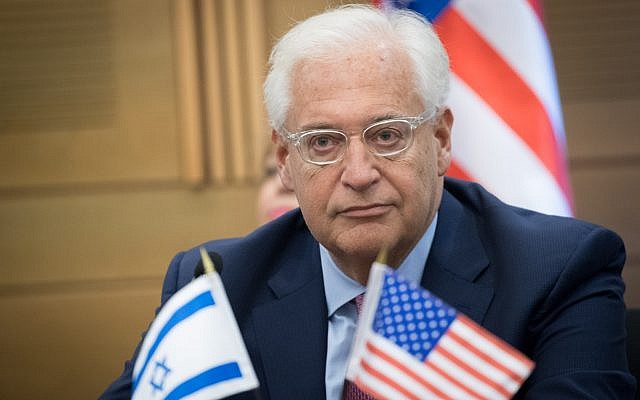 American Ambassador to Israel David Friedman attends a meeting of the lobby for Israel–United States relations at the Knesset, July 25, 2017. (Yonatan Sindel/Flash90)

US Ambassador to Israel David Friedman has reportedly asked the US State Department to stop using the term “occupied” in official documents referring to Israeli control over the West Bank.

According to a report by the Kan public broadcaster on Tuesday, the State Department refused.

However, due to pressure “from above” the two sides agreed that the issue will be discussed again and that US President Donald Trump will have the final say, the report said.

Friedman has in the past run afoul of his State Department superiors over his views on the West Bank.

In September, the US State Department publicly rejected remarks he made pertaining to Israel’s presence in the West Bank as not reflective of the administration’s stance.

At the time, spokesperson Heather Nauert told reporters that Friedman’s comments in an interview with the Hebrew-media Walla news website, in which he said he considers West Bank settlements to be part of Israelshould “not be read as a shift in US policy.”

Earlier the same month Nauert was forced to clarify another statement Friedman made to Israeli media, in which he referred to Israel’s “alleged occupation” of the West Bank.

“Our position on that hasn’t changed,” Nauert told reporters. “The comment does not represent a shift in US policy.” 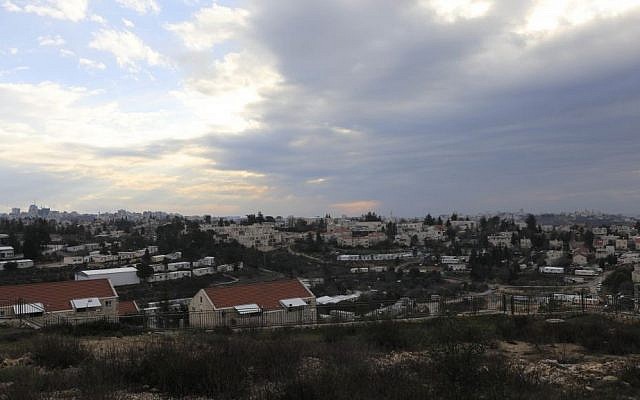 In the past, Friedman has been a staunch supporter of the settlement movement. Before taking up his post as ambassador, he served as president of American Friends of Bet El Institutions, an organization that supports the large West Bank settlement near Ramallah, and he has a long history of excoriating groups who criticize Israel’s settlement policy.

Friedman’s reported directive came weeks after Trump shifted decades of US policy and recognized Jerusalem as Israel’s capital on December 6.

In an address from the White House, Trump defied worldwide warnings and insisted that after repeated failures to achieve peace, a new approach was long overdue. The president described his decision to recognize Jerusalem as the seat of Israel’s government as merely based on reality.

The move was hailed by Prime Minister Benjamin Netanyahu and by leaders across much of the Israeli political spectrum. Trump stressed that he was not specifying the boundaries of Israeli sovereignty in the city, and called for no change in the status quo at the city’s holy sites.