AP may have led FBI to Manafort storage unit

Alexandria, Virginia (CNN)The judge in the trial of former Trump campaign chairman Paul Manafort urged the jury Tuesday to keep deliberating after it asked what happens if it can’t reach consensus on one of 18 counts.

“It is your duty to agree upon a verdict if you can do so,” Judge T.S. Ellis said. He encouraged each juror to make their own decisions on each count, but if some were in the minority on a decision, they could think about what the other jurors believe.
Give “deference” to each other and “listen to each others’ arguments.”
“You’re the exclusive judges,” he added. “Take all the time which you feel is necessary.”
The jurors asked about the impact of not agreeing on all counts.
“If we cannot come to a consensus for a single count, how can we fill in the verdict sheet?” the jury wrote in a note to Ellis.
Without jurors present, Ellis also told judge told the courtroom that he will not ask the jury for a partial verdict at this time.
Manafort is charged with 18 counts of tax evasion, bank fraud and hiding foreign bank accounts in the first case brought to trial by special counsel Robert Mueller as part of the investigation into Russian interference in the 2016 US election. He has pleaded not guilty to all the charges.
The trial carries major implications for the future of Mueller’s investigation. Trump has repeatedly called the probe a “witch hunt” that hasn’t found evidence of Russian collusion with his campaign, and his allies in and out of the White House say the special counsel should wrap things up.
Prosecutors say Manafort collected $65 million in foreign bank accounts from 2010 to 2014 and spent more than $15 million on luxury purchases in the same period, including high-end clothing, real estate, landscaping and other big-ticket items. 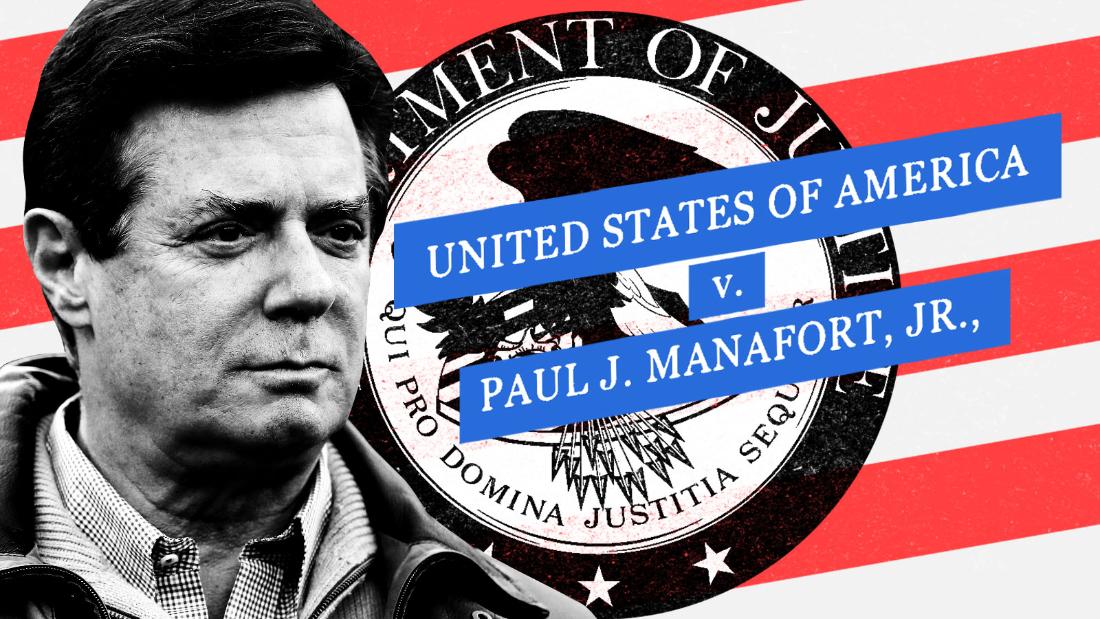 Track the latest developments in the trials of former Trump campaign chairman Paul Manafort.
They also allege that Manafort lied to banks in order to take out more than $20 million in loans after his Ukrainian political work dried up in 2015, and they accused him of hiding the foreign bank accounts from federal authorities. Manafort received loans from the Federal Savings Bank after one of its executives sought a position in the Trump campaign and administration, according to prosecutors.
Manafort faces up to 305 years in prison if convicted on all charges.
This story is breaking and will be updated.