(THIS ARTICLE IS COURTESY OF THE ‘EXPRESS NEWS’ OF ENGLAND)

HMS Albion sailed passed Paracel Islands in a bid to assert the “freedom of navigation rights” and challenge China’s “excessive claims” over the South China Sea.

Upon reaching the Islands, the warship was met by two Chinese helicopters and a frigate, but both sides reportedly remained calm during the stand off.

China strongly opposes this and has lodged stern representations with the British side to express strong dissatisfaction.

“China strongly urges the British side to immediately stop such provocative actions, to avoid harming the broader picture of bilateral relations and regional peace and stability.

“China will continue to take all necessary measures to defend its sovereignty and security.”

The 22,000 ton warship was packed with Royal Marines as it made its route to Hanoi where it docked on Monday after a deployment in and around Japan. 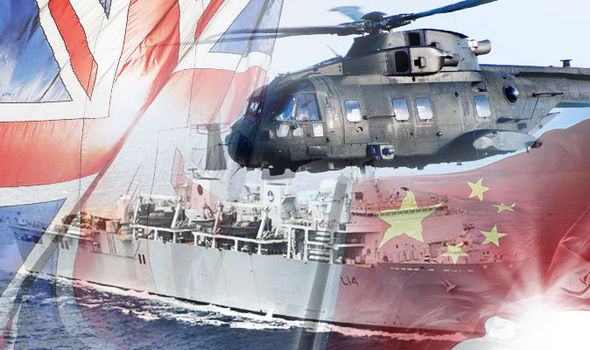 A British navy vessel was confronted by Chinese military after it sailed near Paracel Islands (Image: GETTY)

However, the Royal Navy insisted they did not enter the territorial disputed region but travelled twelve nautical miles away from the area, in accordance to the internationally recognised territorial limit.

In a statement, a Royal Navy spokesperson said: “HMS Albion exercised her rights of freedom of navigation in full compliance with international law and norms.”

The Paracel Islands are also claimed by Vietnam and Taiwan, as countries in the region compete over territorial claims within the South China Sea.

Dr Euan Graham, a Senior Fellow at the Lowy Institute in Australia, told the Daily Telegraph: “The UK has impressively deployed three Royal Navy surface ships to Asian waters this year, after a long gap between ship visits, to this part of the world.” 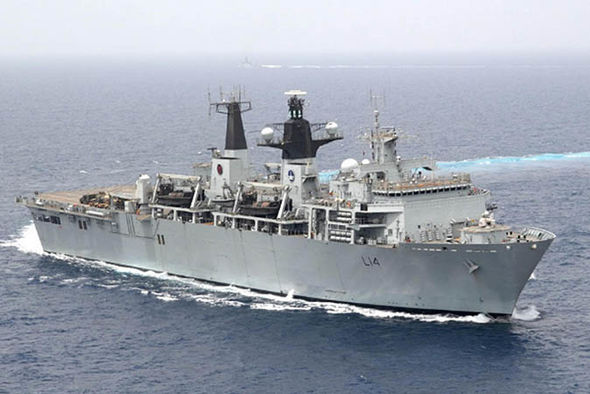 Chinese military warn US Navy not to fly over SECRET ISLAND

He added: “Also, the fact that Albion was coming from Japan and on her way to Vietnam gives the signal a sharper edge to China.”

In June, UK Defence Secretary Gavin Williamson announced plans to send three warship to the South China Sea “to send the strongest of signals” to countries that “don’t play by the rules”.

This follows US Secretary of Defence, James Mattis warning to China, declaring the country would suffer “consequences” if it continued to militarise the South China Sea.

The US has previously announced hopes for more international initiative towards challenging Chinese claimed territories in the South China Sea, after Beijing claimed reefs, islands and built missile systems in the disputed region.