True About this rating

Both police and school officials in Wisconsin launched an investigation into a photograph of local high school students flashing a Nazi salute after a journalist posted the picture online.

On 11 November 2018 Reporter Jules Suzdaltsev posted the picture of a group of boys, reportedly comprising Baraboo High School’s entire male graduating class of 2019, with several of them visibly flashing the extended-arm “Sieg Heil” gesture. His tweet was shared more than 14,000 times within 24 hours: 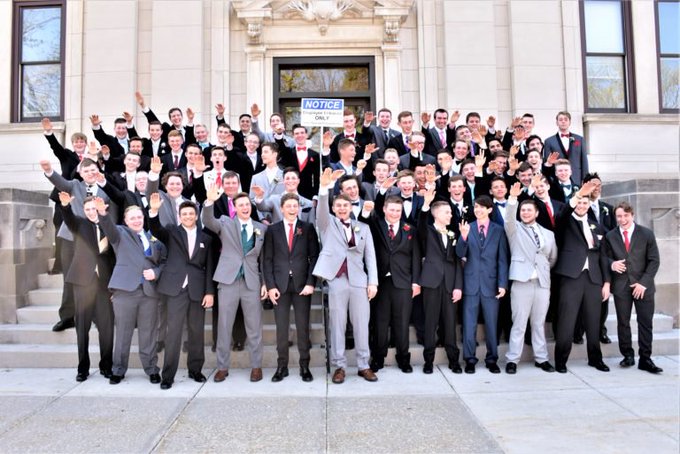 If anybody from Baraboo High School in Wisconsin can clue me in on why it appears the entire male class of 2018 is throwing up a Sig Heil during their prom photos – that would be great.

31.7K people are talking about this

“I was contacted by a former student who shared with me a post she made about the photo, which was posted by a student run page with the caption, ‘We even got the black kid to throw it up #BarabooProud,’” Suzdaltsev told us via email a day after posting the photograph. “I was not familiar with the school, but the photo was shocking and I assumed it would be shocking to others as well.”

Suzdaltsev followed up by posting screenshots of messages he received from other Baraboo students accusing the boys seen in the photograph of posting racist and misogynist harassment:

Someone who would like to remain anonymous just sent me this message and picture of herself that was posted by a classmate.

Seriously, what is going on with this school? @BarabooSD 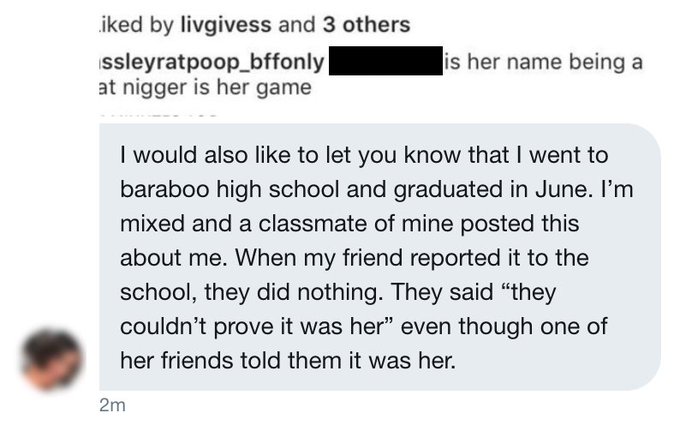 I am being flooded with messages from students of this school about some of the guys in the group photo.

It sounds like there is a lot of racist bullying and the school tends to do nothing about it. pic.twitter.com/yvPZWI196A

3,711 people are talking about this

Other students accused the school of ignoring requests for help, and one said to Suzdaltsev that when they informed an official that one of the boys in the photograph yelled “white power” in the hallway, they were told to “look up videos of Black Lives Matter protesters being violent to police and that [they] should grow a tougher skin.”

Another student said that the gesture was suggested to the boys by the photographer. A student seen in the picture told the same thing to television news outlets:

Jordan Blue, now a senior at Baraboo High School, said that in May of this year, he and his male classmates had been posing for pictures in front of a local courthouse before their junior prom when the photographer told them to “raise your hand.”

Peter Gust, the photographer who took the picture, has defended himself, saying he told the students to wave goodbye to their parents, not to make the Nazi gesture.