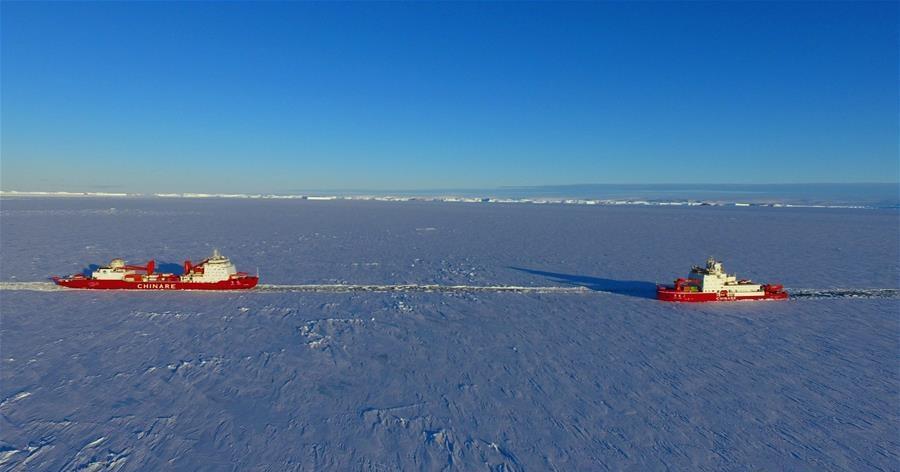 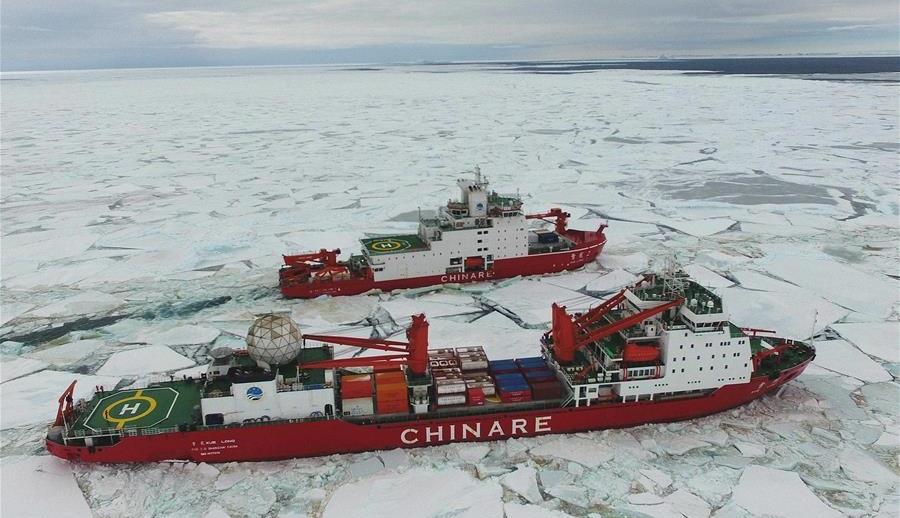 Aerial photo taken on November 20, 2019, shows China’s polar icebreaker Xuelong 2 (back) and another icebreaker, Xuelong, sailing at the floating ice area in Antarctica. 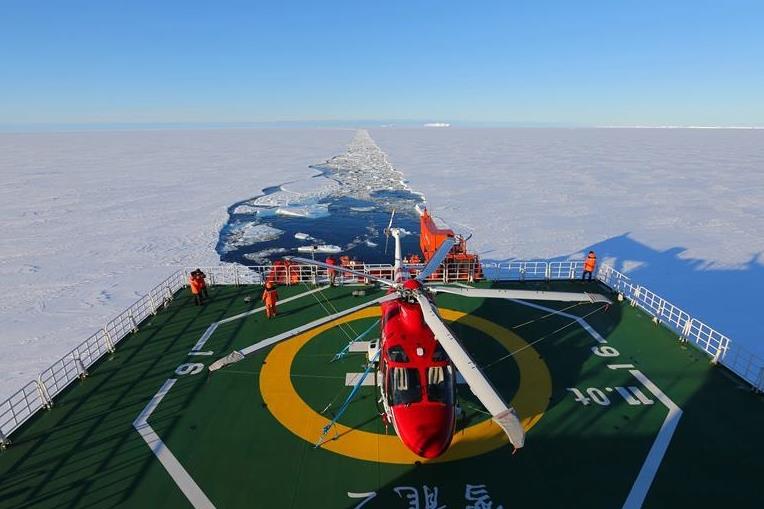 Photo taken on November 21, 2019, shows China’s polar icebreaker Xuelong 2 and the path it broke through at the waters in Antarctica. 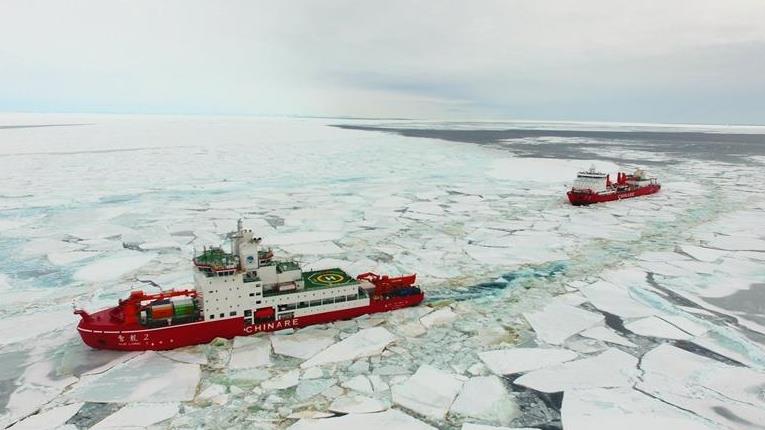 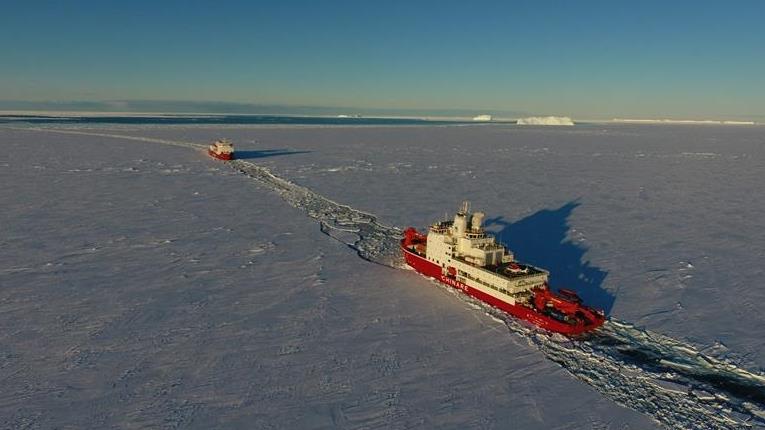 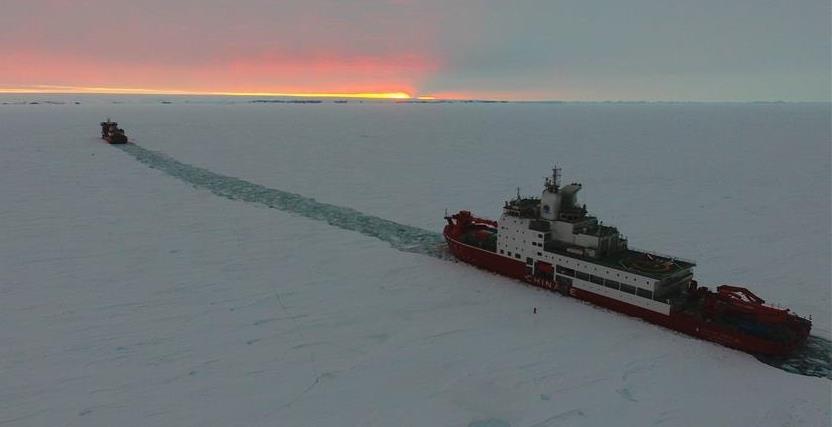 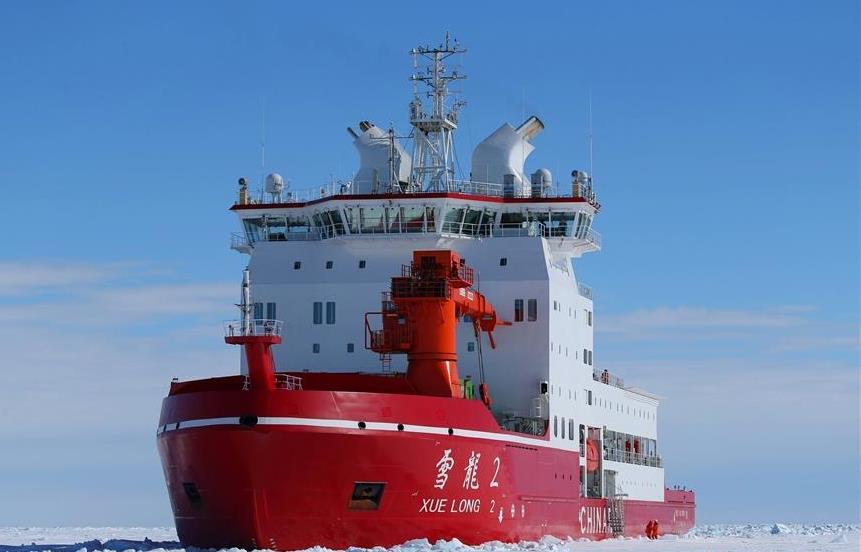 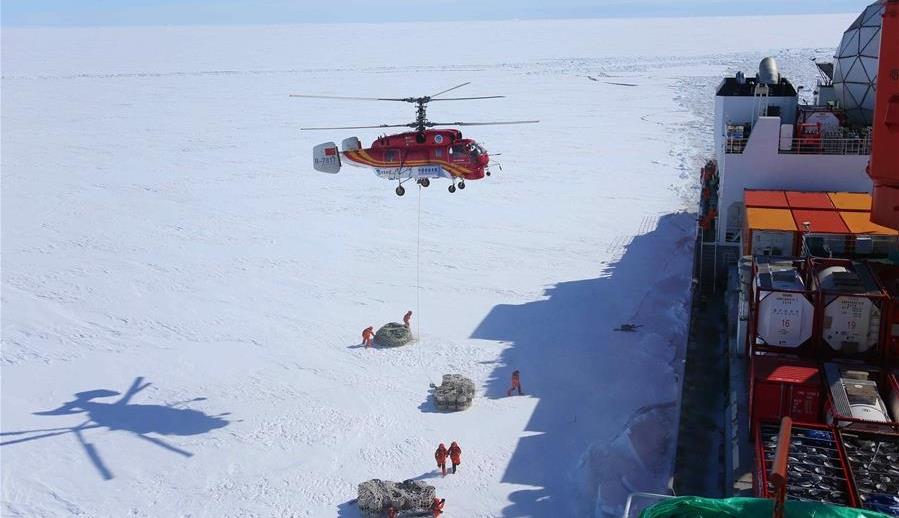 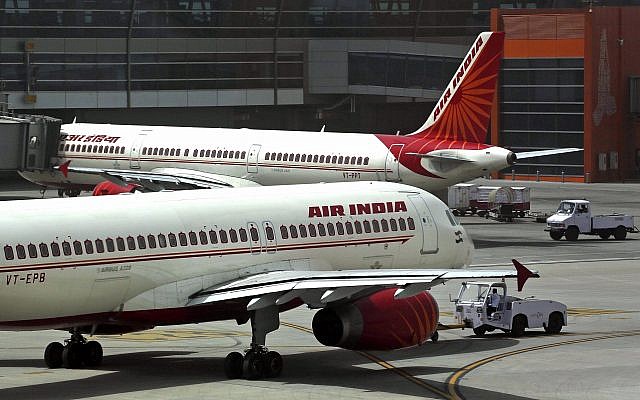 Illustrative: Air India planes parked on the tarmac at the Indira Gandhi International Airport in New Delhi, India, on May 18, 2012. (AP Photo/Kevin Frayer)

Saudi Arabia reportedly okayed the use of its airspace for flights between Israel and India, according to Hebrew-language media Wednesday. However, a Saudi official quickly denied the claim.

The approval, which would cut hours off the flight route, would be a first and mark a major milestone in Israel’s attempts to deepen ties with Gulf Sunni states.

In a deal struck with Riyadh, Air India will begin offering direct flights from Tel Aviv to New Delhi on March 20, ahead of the Passover holiday, according to the Haaretz daily and the Kan broadcaster, citing Israeli aviation officials.

The Saudi Arabia Aviation Authority denied ever granting such approval, and a spokesman for Air India told Reuters that the airline is still waiting for the Indian aviation regulator to approve the move.

The report came as Indian Foreign Minister Sushma Swaraj was visiting Riyadh on an official trip.

Currently, El Al is the only airline offering direct flights from Israel to India, with a Tel Aviv-Mumbai route. In order to avoid Saudi Arabia, which forbids flights to and from Israel over its airspace, the plane must detour over the Red Sea and around the Arabian peninsula, adding over two hours to the flight.

The Israeli Tourism Ministry is hoping Wednesday’s approval will be a gateway for other Far East countries that had been discouraged from offering direct flights due to the need to bypass Saudi Arabia, Israel’s Globes business daily reported.

The report comes as Israel has tried to build ties with Saudi Arabia and other Gulf states allied with the US, which have a common enemy in Iran. However, Riyadh has remained skittish about openly admitting to contacts with Israel.

The direct flight proposal was a main topic on the agenda during Israeli Prime Minister Benjamin Netanyahu’s visit to India last month. Speaking at an economic forum in Mumbai, Netanyahu said the goal was for a “efficient and direct route” to be established between the countries.