(THIS ARTICLE IS COURTESY OF THE WASHINGTON TIMES)

A teenager was charged with murder on Tuesday in the death of a Baltimore County police officer who was killed while she was trying to stop a group of people who had broken into a home, the authorities said.

The suspect, Dawnta Anthony Harris Jr., 16, was arrested shortly after the officer, Amy Caprio, was gravely injured around 2 p.m. on Monday, the police said. Officer Caprio, 29, was responding to 911 calls of a suspicious vehicle in a residential cul-de-sac. Mr. Harris told detectives that he ran over Officer Caprio in a Jeep after she ordered the group out of the car, according to court records.

The authorities did not announce Mr. Harris’s arrest until Tuesday morning, when he was charged with first-degree murder as an adult.

Police confirm 16yr old male was arrested yesterday shortly after death of #BCoPD officer. Suspect awaiting bail hearing. Name and charges will be released after hearing. More details to follow throughout the day. Three suspects continue to be sought.^SV

For nearly 12 hours on Monday, the Baltimore County Police Department locked down the residential neighborhood of Perry Hall as officers methodically combed the area, searching wooded fields and behind homes for the suspects. The search continued past nightfall and picked up in the morning.

Officer Caprio was a four-year veteran with the department. Her death drew a fiery response from the police chief, Terrence B. Sheridan, who said it was a dangerous time for officers in the United States.

“It’s terrible,” Chief Sheridan said on Monday afternoon. “We are seeing something in this country that we have never seen before.”

Fifty-five law enforcement officers have been killed nationwide so far in 2018, a slight increase from the same period last year, according to the National Law Enforcement Officers Memorial Fund, which tracks officer fatalities. In all of 2017, 129 officers were killed on duty, the second-lowest yearly total in the past six decades, according to the same group.

Residents on Linwen Way in Perry Hall said the episode started when a neighbor spotted four men walking behind a home on the block. That neighbor called 911 to report suspicious activity and then called again when she spotted the men carrying items out of the house and into a dark-colored Jeep on the street, said Tony Kurek, who lives on Linwen Way.

While three people were inside the house, Mr. Harris waited in the driver’s seat of the Jeep, according to court records. As they started to pull out of the cul-de-sac, Officer Caprio, who was on patrol, pulled up and parked her car to block the Jeep, according to Mr. Kurek, whose son Dakota was in the front yard and saw the confrontation unfold.

Her gun drawn, the officer stepped out of her car and ordered the men to exit the Jeep, Mr. Kurek said.

“They hit the throttle and went at her,” Mr. Kurek said in an interview on Tuesday. “The path that they took was right through her and they drove right over and out of the neighborhood.”

Dakota ran to the officer, who was lying motionless on the street, her gun next to her. He then sprinted back to his house to alert his father and older brother, Logan, who is a volunteer firefighter. The three of them ran back to her side. 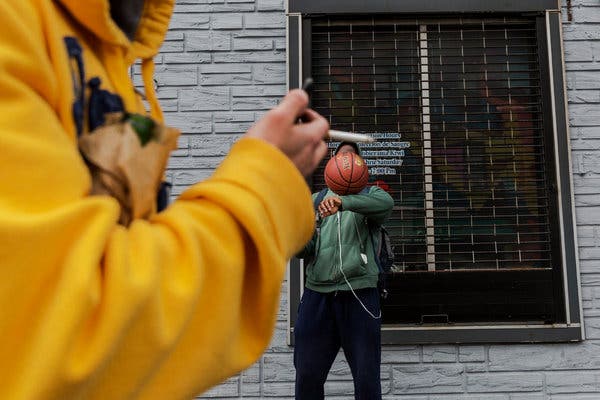 Surest Way to Face Marijuana Charges in New York: Be Black or Hispanic 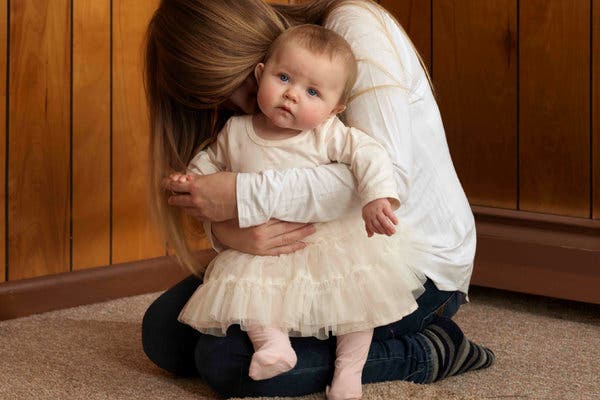 Children of the Opioid Epidemic

Hallucinogenic Drugs as Therapy? I Tried It

“She was showing no signs of life,” Mr. Kurek said.

While his oldest son continued the chest compressions, Mr. Kurek ran toward the end of the street to help direct the responding officers and paramedics. By that time, he said, the four men had ditched the Jeep on a nearby street and fled on foot.

Officers stopped Mr. Harris about a block from where they abandoned the Jeep.

Next to the officer’s body was a single bullet casing, according to Mr. Kurek. “She got one shot off,” he said.