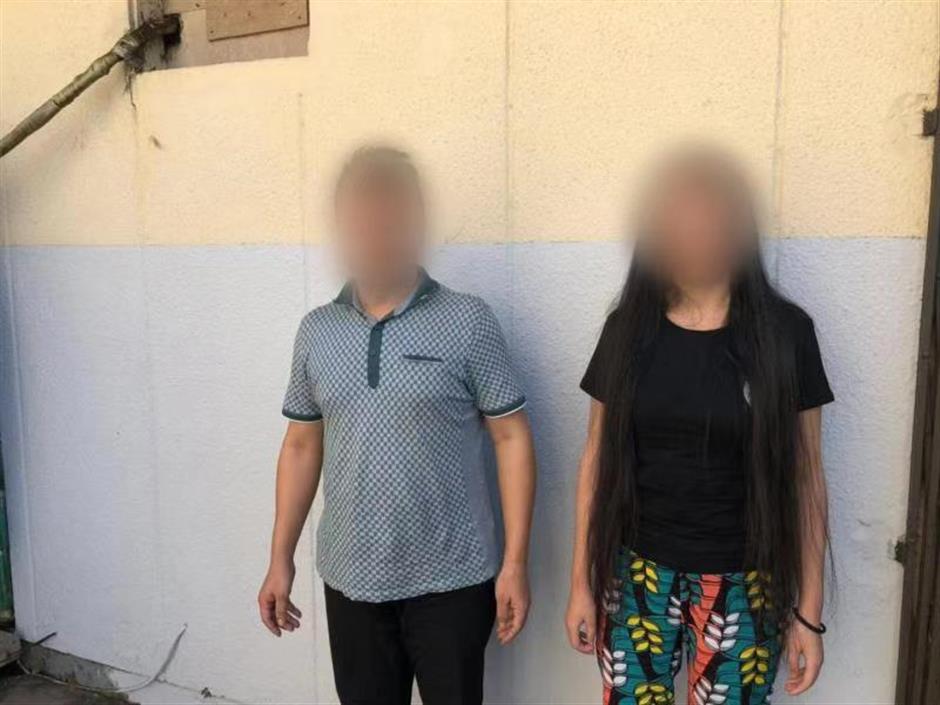 The two suspects who are said to have been running a hotel in the Ivory Coast when they were apprehended by Shanghai police.

Two people alleged to have been involved in a fundraising fraud have been flown back to Shanghai from the Ivory Coast, police said on Tuesday.

A man surnamed Peng and a woman surnamed He left China in March 2017. They had been wanted by Interpol since October last year.

Peng, a native of Hunan Province who worked in the iron ore industry, and He are said to have established investment companies in Shanghai and Ningbo, Zhejiang Province, in September 2010 promising high returns.

Police said they established another company in Shanghai in April 2013 and by December 2014 the three companies owed investors from Shanghai over 70 million yuan (US$10 million), while branch companies in Chongqing and Shandong Province also had problems paying investors.

With the total owed amounting to over 100 million yuan by January 2015, police said, the two continued to collect 180 million yuan from the public by promising 35 percent returns from an investment project that didn’t exist.

Police said these funds were used to pay previous debts and for the pair’s own benefit.

An investigation began in September 2017 when police in Changning District received reports from some investors, but the two suspects had left the country.

Police said they received information in February this year that the two were running a hotel in Abidjan in Ivory Coast.

Together with their Ivory Coast counterparts, Shanghai police apprehended the two at the hotel on November 28 and they were flown back to Shanghai on December 2.

The two suspects alleged to have been involved in a fundraising fraud are accompanied by police as they arrive in Shanghai from Ivory Coast.

Shanghai police said they caught 108 suspects from over 20 countries and regions so far this year as part of China’s “Fox Hunt” campaign targeting economic crime refugees.

On September 5, a man surnamed Ma was extradited from Greece to China.

Ma, who ran a website said to be linked to illegal fundraising sites and who is alleged to have taken kickbacks from those sites for attracting investors, left China in June last year after the case came to light, police said.

Ma was apprehended by Greek police on March 25 this year when he was about to take a flight from Athens.

On November 2, a suspect was returned to Shanghai from Ethiopia after turning himself in.

The suspect, a man surnamed Lu, who worked for a flooring company, is alleged to have illegally sold company products at low prices along with a colleague surnamed Fang. Fang was arrested on a charge of embezzlement.

On November 21, a man surnamed Jia who is said to have issued fake value added tax invoices resulting in a loss of over 2.3 million yuan in tax to the government turned himself in to Shanghai police. He went to Brazil in June 2017.