Baghdad (CNN)At least 301 people have been killed and nearly 15,000 have been injured in Iraq since the start of anti-government protests in October, the Independent High Commission for Human Rights of Iraq (IHCHR) said in a statement Saturday.

The higher death toll includes two people who were killed Friday in the southern city of Basra during violent protests, the IHCR said. Basra is an oil-rich city located some 450 kilometers (280 miles) south of Iraq’s capital Baghdad.
Another 100 people were wounded in Basra as Iraqi security forces used teargas and live bullets. 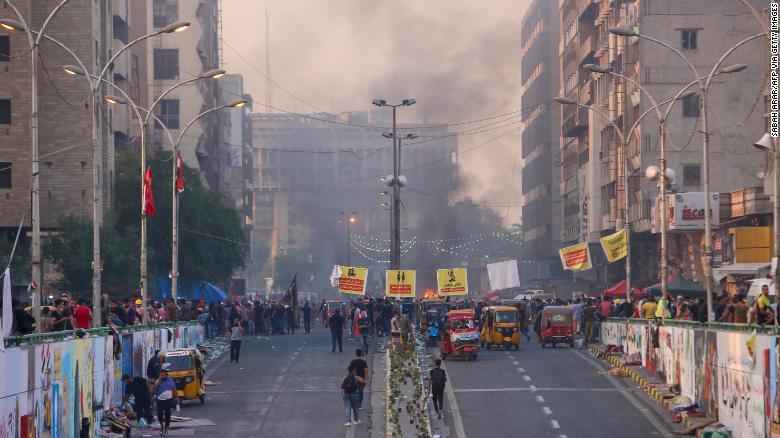 Iraqi demonstrators gather in al-Khalani square in central Baghdad on November 9.
Protests erupted in Baghdad and in several Shiite provinces in the south over unemployment, government corruption and the lack of basic services — such as electricity and clean water.
Many Iraqis blame the current political parties in power for their economic hardship and the scale of the protests, believed to be the biggest since the fall of former Iraqi President Saddam Hussein in 2003, took the government by surprise. 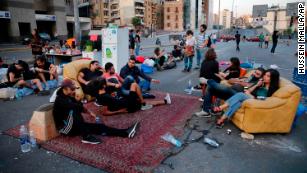 Young Iraqis and Lebanese aren’t just demanding better societies. They’re creating them at protest sites
Following the deadly response from Iraqi security forces, demonstrators are calling for early elections and demanding that the government step down.
Iraqi Prime Minister Adil Abdul Mahdi agreed to resign on October 31 after weeks of anti-government protests.
In a televised speech to the nation on Iraq’s Al-Iraqiya TV, President Barham Salih said Abdul Mahdi had agreed to step down on the condition that a successor is agreed to replace him.
“The Prime Minister has agreed to resign,” Salih said, adding that Abdul Mahdi had asked “political blocs to reach an acceptable alternative” in order “to prevent a vacuum.”
Officials have attempted to regain control with the use of lethal force, while also imposing curfews and internet blackouts. The government said it only shoots when attacked, but demonstrators have disputed that.