Trump is hanging Israel and Netanyahu out to dry

Opinion by David A. Andelman

David A. Andelman, executive director of The RedLines Project, is a contributor to CNN, where his columns won the Deadline Club Award for Best Opinion Writing. Author of “A Shattered Peace: Versailles 1919 and the Price We Pay Today,” he was formerly a foreign correspondent for The New York Times and CBS News. Follow him on Twitter @DavidAndelman. The views expressed in this commentary are his own. View more opinion on CNN.

(CNN)With a single stroke, President Donald Trump has effectively brought a newly resurgent and potent triad—Syria, Russia and Iran—to the very doorstep of their declared enemy, Israel, and given aid and comfort to Israel’s longtime and persistent foe, Hezbollah, in Lebanon. 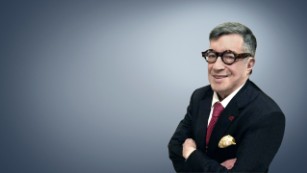 David Andelman
The ceasefire and agreement with Turkey that Trump vaunted Thursday as “a great day for civilization,” had already been demonstrated to be a potentially epic challenge to one corner of the world—Israel. It was a reality only highlighted by Secretary of State Mike Pompeo breaking off from Vice President Pence’s group in Ankara and taking a plane directly to Jerusalem to reassure Prime Minister Benjamin Netanyahu Friday morning.
Suddenly, with not even a token American force remaining to monitor or check military activities of Russia, Iran or the Syrian army main force of President Bashar al-Assad, the entire map of the Middle East was being redrawn, and Israel left with few viable defenders. When the United States had even a minimal military presence in Syria, it was able to act as some restraint on aid that Iran was seeking to channel to this terrorist force, which continues to operate out of Lebanon, targeting Israel at every opportunity.
In late August, anti-tank rocket attacks launched from Lebanon into northern Israel by Hezbollah led to the Israeli army responding with attacks on targets in southern Lebanon. Such effective shadow-boxing had been held in check by the apparent ability of Israel to interdict Iranian efforts to supply Hezbollah with arms and munitions through Syria. Now, with Syria reclaiming a large swath of the northeastern stretch of its country that had been held by the Kurds and their American allies, and with Russian forces moving as a backstop into the vacuum left by the US departure, Israeli efforts could become exponentially more complicated.
At the same time, there is ever more leeway now for Syria, Russia and Iran to work their malevolence on a Lebanese government that is striving desperately to carve a middle road in the region. Hezbollah and Iran share a common religion—Shiite Islam—which has only opened up a host of problems for Hezbollah’s principal host, Lebanon, as it tries to remain reasonably neutral in the Middle East and avoid a return to the decades of bloodshed during its civil wars of the 1980s. Hezbollah would like nothing better than a destabilized Lebanon bordering Israel’s northern frontier. 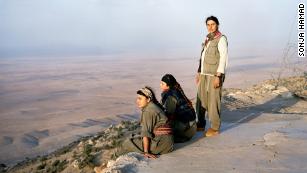 A letter to Kurdish soldiers from a US military wife
“Americans can’t be trusted at all since they break promise with anyone who depends on them,” said Seyed Hassan Nasrallah, the secretary general of Hezbollah, in a speech to his followers in Beirut on Wednesday, adding that the Kurds’ “fate awaits anyone who trusts Washington.”
Trump’s new bond with Turkish president Recep Tayyip Erdogan—”a tough guy who deserves respect” and “my friend” as Trump described him after Wednesday’s truce talks in Ankara, is also likely to have done little to reassure Israel.
Turkey, which has moved into northern Syria with some impunity has demonstrated that it is no friend of Israel. Erdogan, accusing Israel of genocide against Palestinians in Gaza, has called it “a terrorist state.” Until now, it has been possible for Israel largely to ignore Turkey’s impact on the Middle East, and its efforts of rapprochement with both Russia and Iran. But that may no longer be possible. On Tuesday, Erdogan is planning to travel to the Russian Black Sea resort of Sochi to meet with Russian President Vladimir Putin.
The American withdrawal and Wednesday’s ceasefire can have few positive results for Israel, where Trump’s actions “have stirred discomfort within Netanyahu’s conservative cabinet,” according to Israeli media reports. Amos Harel, military correspondent for the liberal Haaretz daily, said Trump’s moves have “forced Israel to rethink its Middle East strategy.” After his session with Pompeo, Netanyahu was only somewhat more circumspect. “We hope things will turn out for the best,” he told reporters. Indeed, Netanyahu is facing a Wednesday deadline to cobble together a new coalition government after the recent national elections and has still not managed to do so.
Get our weekly newsletter

In short, any number of nations in the region are beginning a frantic reassessment of just what this new map of the Middle East promises—beyond the immediate prospects of a new round of chaos and destruction, with the United States on the sidelines. Somehow Washington must find a way to channel to players like Israel and Lebanon military aid and diplomatic reassurance that can help neutralize an increasingly dangerous situation.