The Israeli Broadcasting Corporation is reporting another ship has been seized in the gulf. Correspondent Amochai Stein said on Twitter: “Iran has seized another oil vessel in the Strait of Hormuz. Iran’s Revolutionary Guard arrests a vessel and 11 crew on ‘diesel smuggling charges’.”

It comes after Iran said accusations it had a role in the attack on Saudi oil installations were “unacceptable” and “baseless”, after a senior US official said the Islamic Republic was behind it.

On Sunday, a senior US official told reporters that evidence from the attack, which hit the world’s biggest oil-processing facility on Saturday, indicated Iran was behind it, instead of the Yemeni Houthi group that had claimed responsibility. 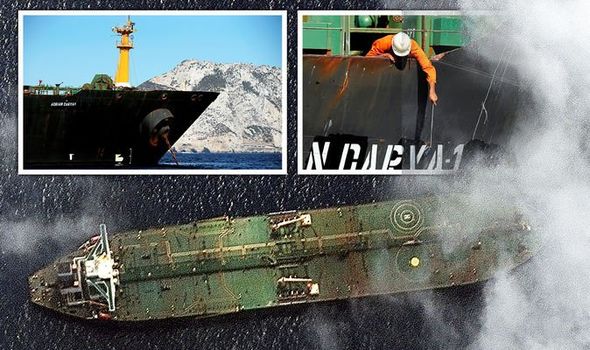 Iran is believed to have seized another oil tanker passing through the Strait of Hormuz (Image: REUTERS/GETTY)

Donald Trump waded into the row by issuing a fierce warning to Iran that America was “locked and loaded” in a chilling esponse to the oil field attacks.

The US President said on Twitter: “There is reason to believe that we know the culprit, are locked and loaded depending on verification, but are waiting to hear from the Kingdom as to who they believe was the cause of the attack, and under what terms we would proceed.”

He then said the US had ‘PLENTY OF OIL!’ despite the attacks on the fields.

Last night the US issued satellite images an intelligence backing the claim that Iran was behind attacks on major Saudi oil facilities.

According to the New York Times, ABC and Reuters US officials pointed 19 points of impact from bombs or missiles and evidence indicated the attacks had come from a west-north-west direction – not Houthi-controlled territory in Yemen, which lies to the south-west of the Saudi oil facilities.

US officials suggested launch sites in the northern Gulf, Iran or Iraq were a more likely source of the missiles. And a close-up image of damaged tanks at the Abqaiq processing plant seemed to show impact points on the western side. 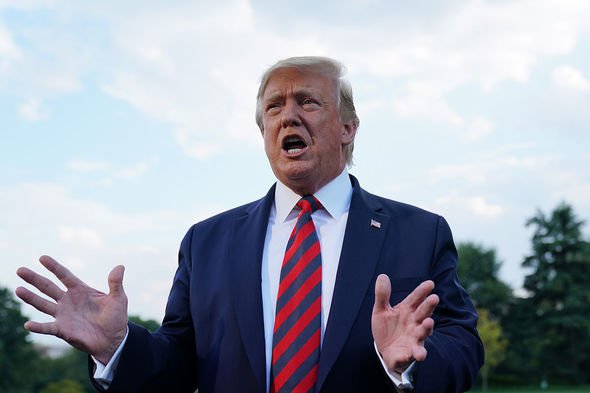 Donald Trump said the US is “locked and loaded” (Image: GETTY)

A reporter for ISNA said: “It was detained near Iran’s Greater Tunb island in the Persian Gulf.

“The crew have been handed over to legal authorities in the southern Hormozgan province.”

Mr Trump said on Monday the United States would help its allies.

Taking to Twitter he said: “We don’t need Middle Eastern Oil & Gas, & in fact have very few tankers there, but will help our Allies!”

The latest reported ship seizure by Iran follows a series of incidents involving shipping around the Gulf after US sanctions on Iranian oil exports took full effect in May.