(THIS ARTICLE IS COURTESY OF BRAZIL’S 247 NEWS)

Vaccari leaves prison, thanks militant support and reaffirms innocence: “what we did was respect the law”

Former PT treasurer João Vaccari Neto left on Friday afternoon, 6, the Pinhais Penal Medical Complex, after 4 years and 4 months of unjust imprisonment at Lava Jato, to serve the rest of his sentence under a semi-open regime. In video, Vaccari thanked the support of the PT activist militancy and the National Executive of the PT and reaffirmed its innocence. “What we did was respect the law and, above all, comply with the will of the party members”

247 – Former PT treasurer João Vaccari Neto left Friday afternoon, 6, to serve the remainder of his sentence under a semi-open regime.

In video, Vaccari thanked the support of the PT activist militancy and the National Executive of the PT and reaffirmed its innocence. “What we did was respect the law and, above all, comply with the will of the party members” 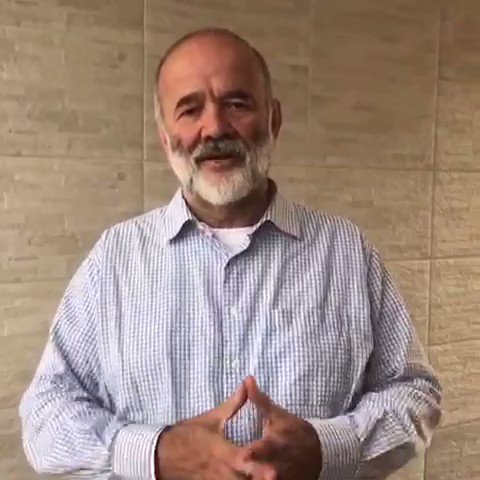 In a statement, the PT said the accusations against Vaccari were never proved and that he faced with dignity the charges forged by Lava Jato prosecutors in the judicial farce led by Sergio Moro.

The decision for the freedom of the former treasurer was the Federal Court of Paraná. As he has already served four years and four months in a closed regime, Vaccari’s defense has filed a request requesting the progression of the penalty to the open regime, according to lawyer Ricardo Ribeiro Velloso.

The pardon establishes some requirements for its grant such as behavior, need for study, work, and general profile. The defense justified the right to commute the penalty because Vaccari’s conduct offered all the requirements for the grant. The request was granted by the substitute judge Ana Carolina Bartolamei Ramos.

According to lawyers Pedro Dallari and Pedro Serrano, Vaccari is the victim of investigations that clashed with the facts. “He did not get rich, has no foreign account, did not gain undue advantages. It requested official donations to the PT through bank transactions, declared and approved by the Electoral Court. ”

Vaccari was arrested in April 2015 by determination of then judge Sergio Moro. The prison, initially temporary, was converted into a preventive, until the former leader was sentenced to 15 years and four months in prison by Sergio Moro in November 2015. Subsequently, the former PT treasurer was convicted in further actions, with penalties ranging from six to 10 years in prison, totaling 31 years in prison.

In June 2017, the second instance (8th Federal Court of the 4th Region – TRF4) acquitted Vaccari of a money laundering conviction. Contradictorily, in November of that same year, the same TRF-4 decided to increase Vaccari’s sentence from 10 to 24 years in prison, in another case, instead of acquitting him for lack of evidence, as in the five-month court ruling. before.

Read the full PT note below:

After four and a half years of unjust imprisonment, arbitrarily decreed in March 2015, comrade João Vaccari Neto is leaving today (6/09) the Pinhais Penal Medical Complex (PR), by decision of the Paraná Court of Criminal Executions. Vaccari is one of the biggest victims of the persecution of the PT and its leaders, through charges forged by Lava Jato prosecutors in the judicial farce commanded by Sergio Moro.

Contrary to what was alleged in the proceedings, comrade Vaccari did not participate in fundraising for election campaigns or commit any crime. Yes, he was the PT’s Secretary of Finance and from this position he was accountable to the party and the Electoral Justice, with absolute correction. In all the actions to which he had to respond, the prosecutors’ complaints and false accusations negotiated by them with confessing criminals were never proved.

Vaccari’s innocence, demonstrated throughout the proceedings, was recognized in at least two second instance decisions, which overturned Moro’s sentences for total lack of evidence for conviction. His defense is appealing in the higher courts to other equally unfair convictions. Because he was pardoned from one of the convictions and served a substantial part of another, he was entitled to the semi-open regime as of today.

Faced with all the injustices that also cruelly affected his family, comrade Vaccari maintained his dignity and never gave up his defense of his innocence, fighting exclusively with the weapons of truth and law. During all this time, he received the solidarity of the Workers ‘Party and those who lived with him in the struggle, militancy, the bankers’ trade union movement and the CUT.

The PT welcomes back to our conviviality this fellow who grew even more in our admiration and respect, facing the hardest trials. We are sure that true justice will still be done to him and all the persecuted politicians of this period when the rule of law was so often violated in our country. And we will raise the flag of Lula Livre higher and higher, in defense of democracy and the rights of the Brazilian people.

The truth will win!