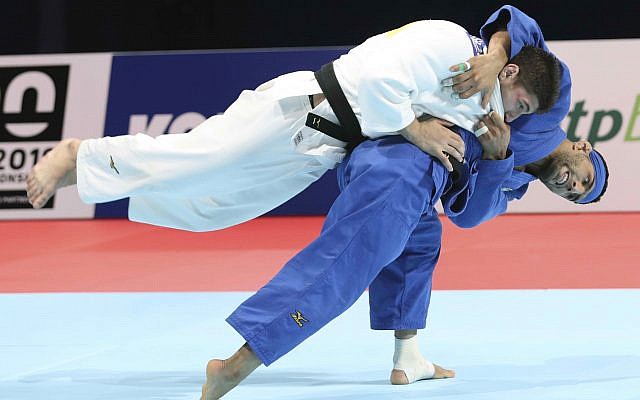 An Iranian judoka who was allegedly pressured into throwing a match to avoid facing off against an Israeli opponent has requested asylum in Germany.

On Thursday, the chairman of the Israel Judo Association said Mollaei was coerced into throwing his semifinal battle against Belgium’s Matthias Casse a day earlier at the World Judo Championship in Tokyo in order to avoid facing Israel’s Sagi Muki in the final. Muki went on to win the championship, becoming the first Israeli man to win a World Championship gold.

In the past Iran has forbidden its athletes from competing against Israelis. In May, the International Judo Federation said it had reached an agreement with Iran to end the boycott, though the head of Iran’s national Olympic committee later denied it. 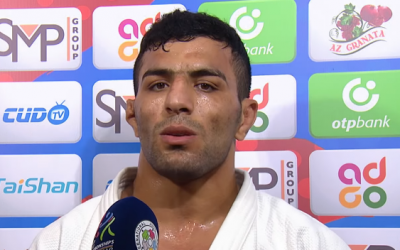 Mollaei has been accused of faking injuries and intentionally losing fights in the past to avoid facing Muki.

IJA head Moshe Ponti, speaking to Army Radio on Thursday, said that an hour before Wednesday’s semifinals, the Israeli team heard that Mollaei, ranked No. 1 in the world, “intended to continue the contest, even if he had to face Sagi Muki at the final. We heard he’d asked the head of the Iranian judo association to ensure his family was kept safe.”

At the semifinals Mollaei was paired with Casse and Muki faced Egyptian Mohamed Abdelaal. After Muki defeated Abdelaal (the Egyptian’s refusal to shake Muki’s hand caused further controversy), it became clear that if Mollaei defeated the Belgian he would face off against the Israeli for the gold.

“From what we understand, within a short time Iranian intelligence officials came both to his home in Iran and to the judo arena and warned him,” Ponti said.

Muki eventually defeated Casse and was named world champion, the first male Israeli athlete to reach the top. Mollaei, who had been reigning world champion after winning last year’s games, ended the contest in fifth place. If he had taken fourth or above he would have had to stand on the podium as Israel’s national anthem “Hatikvah” was played in honor of Muki. 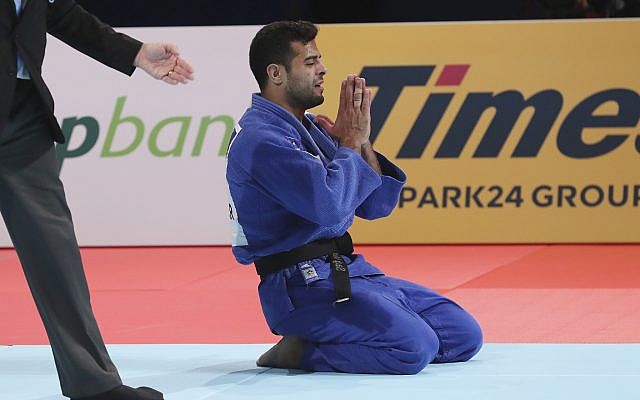 Ponti did not blame Mollaei for his actions, saying that though he “had promised the head of the International Judo Federation he would compete… there were people at his family’s home in Iran. You can’t judge an athlete in such a situation.”

Muki on Wednesday said Mollaei was an “excellent” sportsman, while Israel’s team coach Oren Smadja said he was “a terrific guy.”

The notion that Mollaei had thrown his fight with Casse to avoid facing Muki was prevalent in outlets covering the contest.

Cases of Iranians intentionally losing matches to avoid facing Israelis have been reported in the past. Last year an Iranian wrestler was banned for six months for deliberately throwing a match to avoid facing an Israeli opponent.