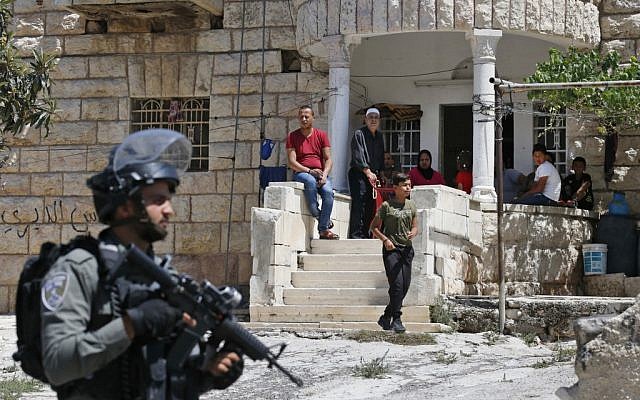 Palestinians look on as Israeli soldiers take part in a house-to-house search operation in the West Bank village of Beit Fajjar near Bethlehem on August 8, 2019, following a stabbing attack. (HAZEM BADER / AFP)

Hamas and the Palestinian Islamic Jihad heaped praise on a deadly attack on a student in the West Bank Thursday, but stopped short of claiming responsibility for the fatal knifing.

The body of Dvir Sorek, 18, was discovered bearing stabbing marks in the predawn hours of Thursday outside of a West Bank settlement where he was studying, the Israel Defense Forces said, describing the killing as a terror attack.

The army has launched a massive manhunt for the killer or killers centered around the Etzion settlement bloc south of Jerusalem.

In a statement, Hamas said it praised “our people’s heroic fighters who carried out the heroic operation that killed a soldier in the occupation’s army.”

Sorek studied at the Machanayim yeshiva in the Migdal Oz settlement as part of a military program known in Hebrew as hesder. Though formally a soldier, he was unarmed and not in uniform at the time of the attack, nor had he yet undergone military training.

Hazem Qassim, a spokesperson for the Hamas terror group, told the Gaza-based Shehab news outlet that the attack was proof of the failure of security cooperation between Israel and the Palestinian Authority security forces. 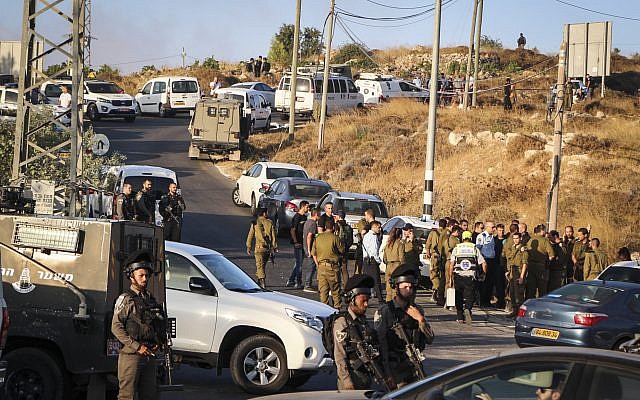 Israeli security forces at the scene where the body of an off-duty, out-of-uniform Israeli soldier was found dead with stab wounds, near the settlement of Migdal Oz in the Etzion region, on August 8, 2019. (Gershon Elinson/Flash90)

The cooperation is seen as a key component to Israeli security operations in the West Bank and is seen as a bulwark against Hamas.

The Islamic Jihad terror group intimated that the attack was partially in response to Israel knocking down several residential buildings late last month in the Wadi Hummus neighborhood near Jerusalem’s Sur Baher neighborhood and the West Bank security barrier.

“The heroic operation is a natural response to the occupation’s terrorism and crimes at the expense of our people, land and holy sites. It is the right of our people to push back against the destruction and demolition of citizens’ homes in Wadi Hummus, a crime that requires a painful and deterring response,” it said in a statement.

Some of the demolitions took place in Areas A and B of the West Bank, which technically fall under full Palestinian administrative control. 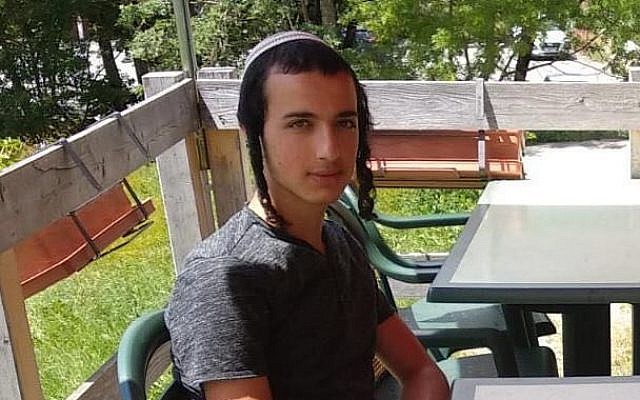 Dvir Sorek, 19, a yeshiva student and off-duty IDF soldier who was found stabbed to death outside a West Bank settlement on August 8, 2019 (Courtesy)

The owners of the properties have said they received construction permits from the PA government in Ramallah, but Israel said the buildings were erected in violation of a military order that bans construction adjacent to the security barrier.

Both Hamas and Islamic Jihad have frequently encouraged and praised stabbing, shooting, car-ramming and other attacks against Israeli civilians and soldiers.

The military said it was investigating if Sorek was killed as part of an attempted kidnapping, similar to Hamas’s abduction and murder of Naftali Fraenkel, 16, Gilad Shaer, 16, and Eyal Yifrah, 19, in the same area of the West Bank in June 2014. 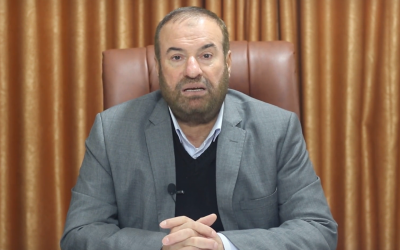 In recent months, the Shin Bet security service warned that the Gaza-based Hamas has put considerable effort and resources into recruiting operatives to carry out attacks in the West Bank and Israel.

“A number of Hamas military cells have been uncovered in the Judea and Samaria area in recent weeks who were operating under the instruction of Hamas in the Gaza Strip and who were planning to carry out terror attacks against Israeli and Palestinian Authority targets,” the Shin Bet said Tuesday.

“The operatives in the West Bank were instructed to form cells in order to carry out kidnappings, shootings and stabbings, purchase weaponry, and find and recruit additional operatives for terrorist activities,” the security service said. 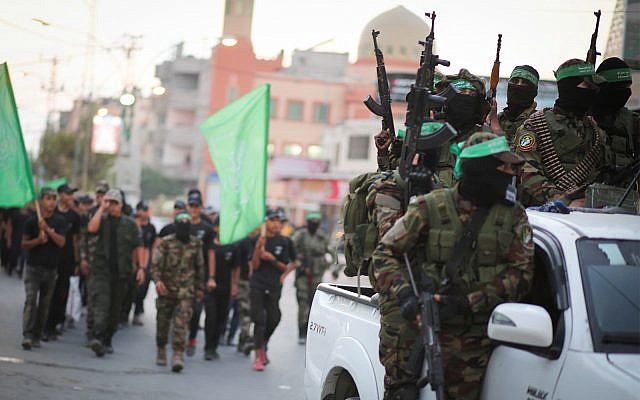 Members of the Ezzedine al-Qassam Brigades, the military wing of the Islamist terror group Hamas, take part in a march in Gaza City, July 25, 2019. (Hassan Jedi/Flash90)

On Tuesday, the army said it uncovered a large bomb in Hebron that was slated to be used for an attack in Jerusalem.

In mid-July, Fathi Hammad, a senior Hamas official, suggested he was unsatisfied with the number of stabbing attacks Palestinians in the West Bank have recently carried out against Israeli Jews.

“O, the people of the West Bank, until when will you be quiet?” Hammad, a member of Hamas’s politburo who is considered a hard-liner and is known for his fiery rhetoric, said at a protest in the border region between the Gaza Strip and Israel at the time. “We want knives to come out. Five shekels. How much does the neck of a Jew cost? Five shekels or less?”