(THIS ARTICLE IS COURTESY OF AL JAZEERA NEWS NETWORK)

Death toll given by senior investigator appointed by public prosecutor is higher than previous official figures.

An investigation has found “rogue” military personnel were responsible for killing dozens of Sudanese protesters in the worst violence since the overthrow of former President Omar al-Bashir.

Fath al-Rahman Saeed, the head of the investigative committee appointed by the public prosecutor, said on Saturday some members of the security forces opened fire at protesters demanding the military cede power.

He told a news conference three officers violated orders by moving forces into the sit-in area outside the Defence Ministry, a focal point for protests that led to al-Bashir’s removal on April 11.

An order was also issued to whip demonstrators, he added.

The committee found members of the joint force tasked with clearing the Columbia area “exceeded their duties and entered the sit-in square … and fired heavily and randomly”, leading to the killing and wounding of dozens.

The health ministry previously put the death toll at 61, while opposition medics said 127 people were killed and 400 wounded in the dispersal.

“Some outlaws exploited this gathering and formed another gathering in what is known as the Columbia area, where negative and illegal practices took place,” Saeed said.

“It became a security threat, forcing the authorities to make necessary arrangements to clear the area.”

Ismail al-Taj, an opposition representative, told a news conference the investigative committee “was formed not establish the truth, but to conceal the truth” and he questioned the new death toll.

“Reality says that there are closer to 130 martyrs,” AL-Taj said, adding the committee relied on health ministry records, which he said were inaccurate.

The opposition coalition Forces of Freedom and Change is currently negotiating with the ruling military council to finalise an agreement for a three-year transition to elections.

Saeed gave the ranks and initials of officers he said had been charged with crimes against humanity, which is punishable by death or life imprisonment under military law. He did not give their full names.

A brigadier general, referred to only as AAM, mobilised a riot force of the paramilitary Rapid Support Forces on the orders of two senior officers but not members of Sudan’s top leadership, and told them to whip protesters, Saeed said.

The committee had not uncovered any incidents of rape, although the US-based Physicians for Human Rights cited local medics as saying women had their clothes torn off and were raped, he said. 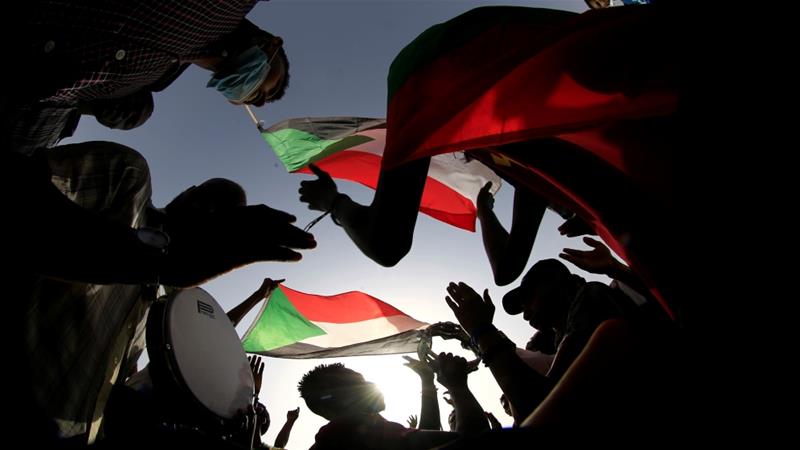 Will power be shared in Sudan?

Have your say. Give us feedback.
Sign up for ourNewsletter.