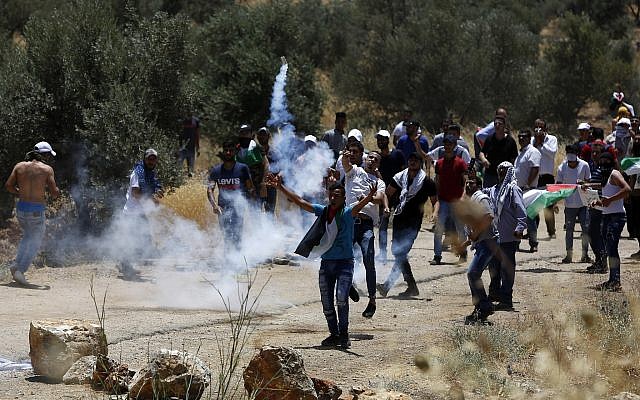 A 10-year-old Palestinian boy was said to be seriously wounded during a clash with the Israel Defense Forces at a violent demonstration against the security barrier in a West Bank village on Friday afternoon.

According to Haaretz, citing Palestinian reports, the boy was hit in the head by a rubber bullet during the clash in the village of Kafr Qaddum, west of Nablus.

The IDF confirmed to Haaretz that control methods were used to disperse violent demonstrators, but that live ammunition was not deployed.

“In response to a violent demonstration by some 60 Palestinians, during which they burned tires and threw stones, soldiers used various means to disperse the protests, but not with live ammunition. The army received a report of a wounded person around ten years old,” the statement read.

The incident came as the IDF prepared for possible violence on the Gaza border Friday afternoon, a day after a member of Hamas was shot dead by troops in what the army characterized as “a misunderstanding.”

On Thursday, in an unusual move, the military acknowledged that the man had been erroneously identified by soldiers as an armed terrorist, but was apparently an operative trying to stop Palestinian youths from breaching the security fence. 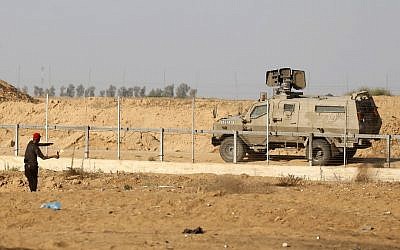 A Palestinian protester throws a Molotov cocktail at an Israeli military vehicle during protests along the Gaza border with Israel on July 5, 2019. (Said Khatib/AFP)

The army’s statement appeared to be an effort to calm tensions with Hamas and prevent another round of violence on the border.

Hamas’s military wing said in a statement that it would not let the death go “unpunished” and Israel “would bear the consequences of this criminal act.”

The Hamas field commander killed in the incident was Mahmoud Ahmad Sabri al-Adham, 28.

Al-Adham’s death threatened to spark another round of large-scale violence between Israel and terror groups in Gaza.

Throughout the past year and a half, the two sides have fought several bouts — with terror groups firing mortar shells, rockets and missiles at Israeli cities and towns, and the IDF retaliating with airstrikes — often sparked by smaller incidents along the border.

Thursday’s border incident came amid a relatively calm period along the normally restive frontier, following a reported ceasefire agreement between Israel and Hamas.

In recent days, leaders of the terror group have threatened to bring back the high level of violence along the border — riots, arson attacks and clashes — if Israel does not continue to abide by the terms of the ceasefire agreement.

On Tuesday, Hamas launched a highly unusual training exercise that simulated the capture of IDF special forces operating in the territory.

Judah Ari Gross and AFP contributed to this report