If you’ve ever planned a trip to a major city, you know that often there’s more than one airport you can choose (or if you’re going to somewhere remote, there might not even be any to choose from). And while this means you have more options, it can make planning your flight more difficult. Which airport should you pick? In truth, there’s no easy answer as it’s going to depend on your route, budget, and ability to access an airport. So check out this guide for five cities served by multiple airports. 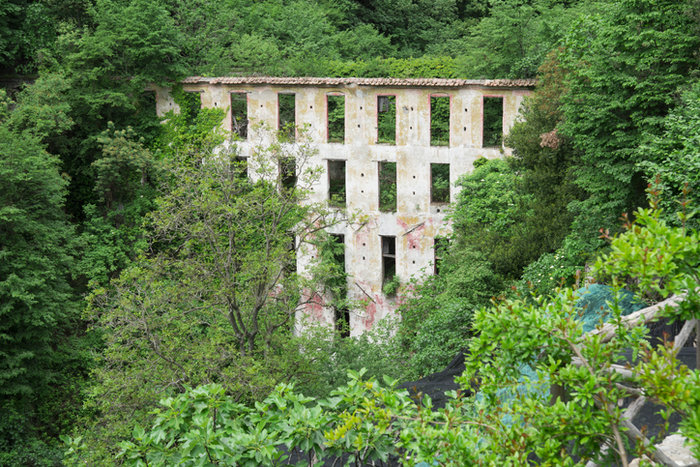 Of course, the city that never sleeps is first. There are only two airports that are within New York City limits. But three airports are directly associated with the Big Apple, and the remaining two are known only to locals as a smart alternative—depending on your travel routes. Of the three major airports, John F. Kennedy International (JFK) and LaGuardia International (LGA) are based in the extreme outskirts of Queens while Newark Liberty International (EWR) is located in New Jersey, 30 minutes outside of the city. But Westchester County Airport (HPN) and Long Island MacArthur Airport (ISP) are two popular regional alternatives that also provide domestic service for select airlines—if you can figure out how to get there.

JFK and EWR are the easiest to reach via mass transit thanks to their air trains that connect directly to the NYC MTA Subway and New Jersey Transit trains that terminate at New York Pennsylvania Station respectively. If you don’t mind buses, the NYC MTA M60 bus will drop you off at LGA. But flight delays and long waits on the tarmac for your flight to take off might make you rethink this airport. To make it easy on yourself, select “NYC” as the airport code to get as many options as possible in your search results.

Chicago is serviced by two primary airports, Chicago Midway International (MDW) and O’Hare International (ORD). Of the two, O’Hare is far larger and manages more traffic—serving as a popular layover option for numerous domestic airlines like American and United. Typically, O’Hare is preferred for international flights while Midway is best known as a more convenient option for domestic flights thanks to shorter security lines.

Like many major cities, you can rely on mass transit to get to and from O’Hare. Both airports offer direct access to CTA rail lines for 24-hour service to Chicago and surrounding suburbs. If your trip is for farther beyond the Chicago city limits, the Metra is the commuter rail option for you from O’Hare.

Bienvenido a Miami! If your travels are taking you to one of the sexiest cities in the U.S., you have three airport options: Miami International (MIA), Fort Lauderdale/Hollywood International (FLL), and West Palm Beach International (PBI). Unlike a lot of other cities, Miami’s busiest airport (MIA) is a short drive from the heart of the city. Within less than 20 minutes you can be on South Beach sunning yourself and enjoying the weather.

MIA is the nation’s third busiest airport, which means that while you’ll have the greatest number of flight options, you can also experience delays both on the runway and at the security checkpoint. FLL and PBI offer a more laid-back experience but fewer flight options depending on your airline. However, PBI is the only airport that’s accessible by train—the Tri-Rail system. All other airports must be accessed by taxi or rideshare service.

San Francisco is another popular destination for tourists and business travelers. Most people are aware of only their largest airport, San Francisco International (SFO). However, locals know that there are two alternate options, Oakland International (OAK) and Norman Y. Mineta San Jose International (SJC). While SFO offers the most flights and variety of carriers, it’s not uncommon to experience delays—especially through security. Still, direct access to the city via their transit train line, BART, makes SFO an attractive option.

But if you don’t like the crush of crowds, SJC and OAK can be prime alternatives. OAK is specifically ideal if you aren’t planning a standard trip to San Francisco. For travels through nearby cities or even Napa or Sonoma, OAK is perfect. But if you want to stay in San Francisco but just avoid the pain of SFO, SJC is a great alternative south of the city that’s also serviced by the Caltrain.

If your plans don’t require international travel, skip the frustration of LAX and opt for the domestic-only airports: John Wayne (SNA), Bob Hope/Hollywood Burbank (BUR), or Long Beach (LGB). But be aware, LGB offers flights through only four carriers. Burbank (BUR) is the only L.A. area airport with direct rail access; all others can be accessed via taxi, rideshare or shuttle service. However, we’re fans of LAX because of the In-n-Out across the street where you can order their famed burgers off the secret menu, sit outside, and watch the planes land!