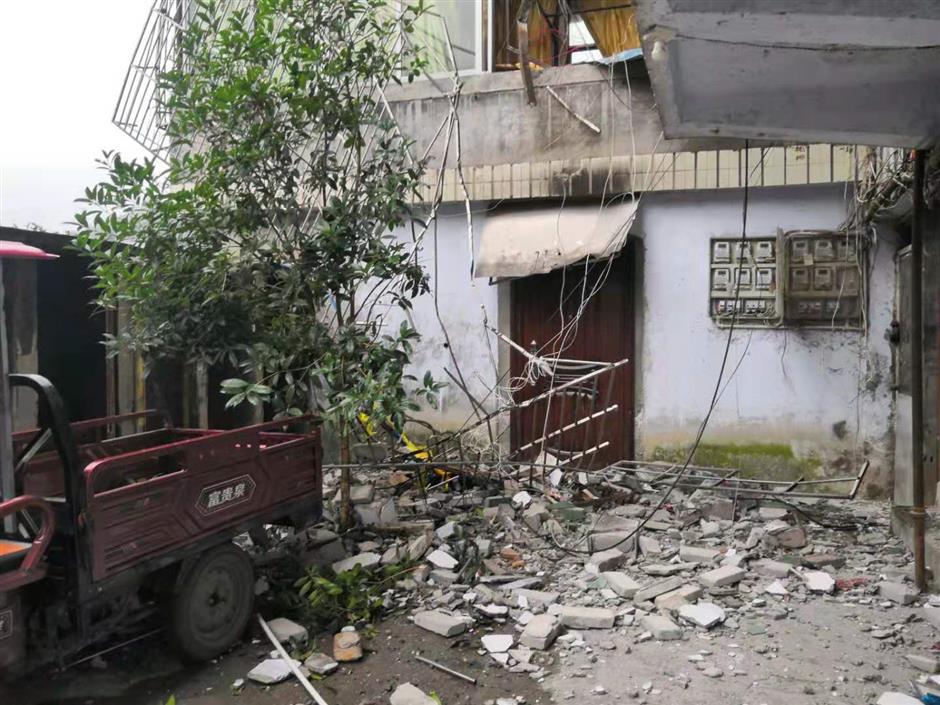 A house is damaged in Gongxian County in Sichuan Province.

A 5.6-magnitude earthquake hit Gongxian County at 10:17am. The epicenter was monitored at 28.41 degrees north latitude and 104.74 degrees east longitude, according to the China Earthquake Networks Center. The quake struck at a depth of 8 km.

The county government said as of 2:30pm, 13 injured residents have been sent to hospital for treatment.

Experts said the moderate quake was an aftershock after a 6.0-magnitude earthquake occurred in Changning County in mid-June, which killed 13 people, and aftershocks in the area will continue for a long period of time.

The aftershock exacerbated house and infrastructure damages and personnel have been dispatched to repair damaged roads, according to the local government.

A total of 62 aftershocks with magnitude above 3.0 have been recorded since the Changning earthquake, and the latest aftershock in Gongxian was the largest one, according to the provincial seismological bureau.