Mueller to testify publicly on July 17 following a subpoena

(CNN)Robert Mueller will testify before Congress on July 17 after House Democrats issued a subpoena for his appearance, a move that paves the way for a reluctant special counsel to answer questions publicly for the first time about his 22-month investigation into President Donald Trump.

The House Judiciary and Intelligence Committees announced Tuesday that Mueller had agreed to testify after they issued subpoenas for his testimony, and Mueller would appear in public before the two panels next month. 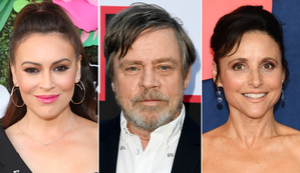 Star-studded play ‘The Investigation’ brings Mueller report to life
“Americans have demanded to hear directly from the Special Counsel so they can understand what he and his team examined, uncovered, and determined about Russia’s attack on our democracy, the Trump campaign’s acceptance and use of that help, and President Trump and his associates’ obstruction of the investigation into that attack,” House Judiciary Chairman Jerry Nadler and House Intelligence Chairman Adam Schiff said in a joint statement.
Schiff said Tuesday that the committees would be questioning Mueller separately the same day, and that his committee would question Mueller’s staff in closed session following the public hearing so they can discuss the counterintelligence portions of the investigation.
Mueller’s testimony is poised to be the most-anticipated congressional hearing in years, and represents a huge moment for House Democrats who have wrestled with whether to dive into a politically divisive impeachment process following the Mueller investigation and White House stonewalling of congressional probes.
The subpoenas to Mueller come after weeks of negotiations between Democrats, the special counsel’s team and the Justice Department. Democrats are proceeding with subpoenas to Mueller after he spoke publicly last month and said he did not wish to testify publicly about the investigation, and that his testimony would not go beyond what was written in the special counsel’s 448-page report.
In a letter to Mueller, the Democratic chairmen said that they understood Mueller’s concerns about ongoing investigations referred by the special counsel, but still felt it was necessary for him to testify.
“We will work with you to address legitimate concerns about preserving the integrity of your work, but we expect that you will appear before our Committees as scheduled,” Nadler and Schiff wrote.
Democrats have been talking about bringing Mueller in to testify since his investigation wrapped in March, and their decision to issue subpoenas comes more than a month after the initial date that Nadler had floated for Mueller to appear.
Since then, Democrats have continued to negotiate with Mueller, holding out hope he would agree to testify voluntarily. While Mueller stated he did not wish appear before Congress, Democrats — and some Republicans — have said they still believe Mueller should testify. Democrats have argued that the American people can hear directly from the special counsel in a public setting, and lawmakers in both parties have said they want to ask him about some of the decisions made during the investigation.
Mueller’s report was written in two parts: a volume on Russian election meddling and one on obstruction.
In the first volume, the special counsel did not establish a criminal conspiracy between the Trump campaign and the Russian government, but it did detail numerous contacts between Russians and members of Trump’s team that Democrats charge are troubling, even if they aren’t criminal. In the second volume, Mueller documented nearly a dozen episodes of possible obstruction of justice. The special counsel wrote that DOJ guidelines did not allow a sitting president to be indicted, and that the investigation could not exonerate Trump.
Mueller’s public statement last month — in which he emphasized that the investigation did not exonerate the President and that his team followed the DOJ guidelines — sparked a wave of House Democrats to call for the opening of an impeachment inquiry.
Their numbers have grown amid White House stonewalling of testimony and documents to congressional investigations, and now more than 75 have come out in favor of opening an impeachment inquiry.
But House Speaker Nancy Pelosi has continued to resist the move, arguing that Democrats are winning their court fights with the Trump administration and impeachment should only be pursued if the public is on board.
Schiff and Nadler have both publicly refrained from calling for the opening of an impeachment inquiry. Behind the scenes, Nadler has lobbied Pelosi to do so, while Schiff has argued against it.
This story has been updated with additional developments Tuesday.