Kim to ‘seriously contemplate the interesting content’ in Trump’s letter 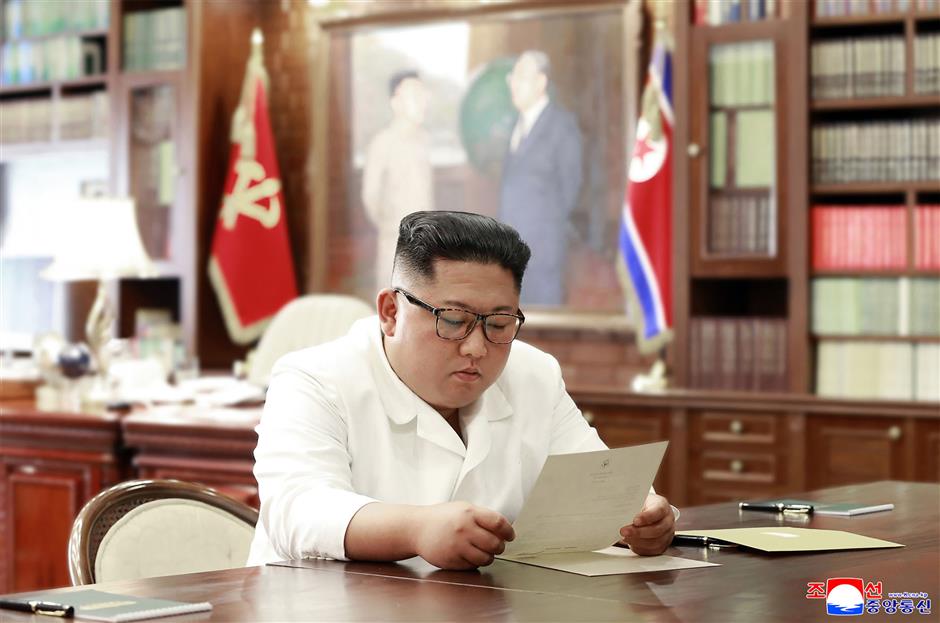 Talks have stalled since the collapse of a second summit between the two leaders in February. The two sides have blamed each other for the breakdown but both have expressed a willingness to meet again, with Trump saying earlier this month that he had received a “beautiful letter” from Kim.

Yesterday, the DPRK’s official Korean Central News Agency reported that Trump had written to Kim, who “said with satisfaction that the letter is of excellent content.”

The report gave no further detail about the content of the letter or when it was sent and received.

In a statement, the White House confirmed that “a letter was sent by President Trump and correspondence between the two leaders has been ongoing.”

South Korea’s presidential Blue House said it was aware of the correspondence through its communication with Washington, and described the exchange as “positive.”

The KCNA report came just two days after Kim hosted Chinese President Xi Jinping, who wrapped up an official visit to the DPRK on Friday. Kim told Xi that his visit was an opportunity to demonstrate “the immutability and invincibility of the DPRK-China friendship before the world,” KCNA said.

Analysts say the DPRK’s apparently friendly overtures to Trump signaled that Pyongyang was ready to break the deadlock with Washington.

Trump and Kim held a groundbreaking summit in Singapore last year — the first-ever meeting between a DPRK leader and a sitting US president — where the pair signed a vaguely worded deal on denuclearization.

But in Hanoi this year, Washington accused Pyongyang of effectively demanding an end to all sanctions for partial disarmament, while the DPRK said it wanted some measures eased in return for closing all the nuclear facilities at its Yongbyon complex.

Since then, Pyongyang has accused Washington of acting in “bad faith” and given it until the end of the year to change its approach. The DPRK last month fired short-range missiles for the first time since November 2017.

Yang Moo-jin, a professor at the University of North Korean Studies, said the written correspondence between the leaders was “very meaningful.”

“The letter diplomacy shows they are communicating even though there is a lull in talks,” Yang said.

This is not the first time the two leaders have opted for more traditional means of communication. Less than a month before the Singapore summit, Trump wrote to Kim to call it off, telling the DPRK leader not to “hesitate to call me or write.” And in September 2018, the White House said Kim sent a “very warm” letter to Trump seeking a second summit.