(THIS ARTICLE IS COURTESY OF MEMPHIS TENNESSEE NEWS CHANNEL 3)

US Marshals involved in shooting

MEMPHIS, Tenn. — A man was shot and killed Wednesday night during a confrontation with U.S. Marshals that led to a tense situation between MPD officers and a crowd on a Frayser street.

The Tennessee Bureau of Investigation identified the man shot as Brandon Webber, 20. TBI is in charge of investigating the incident.

Officers with the U.S. Marshal Service’s  Gulf Coast Regional Fugitive Task Force came into contact with Webber, who was wanted on multiple felony warrants as he was getting into a vehicle in the 2000 block of Durham in Frayser on Wednesday.

The details of the charges in those warrants was not immediately clear, but Shelby County District Attorney General Amy Weirich said the warrants were for “violent felony offenses, from an incident that occurred June 3, 2019, in Hernando, Miss.”

A source close to the investigation confirmed the charges are related to an incident in which a Hernando man was shot and his car stolen by a man. The suspect had met the victim on Facebook and was test-driving the vehicle after saying he wanted to buy it.

While officers attempted to stop Webber, he reportedly rammed his vehicle into the officer’s cruisers multiple times before jumping out with a weapon.  The officers opened fire, striking and killing the man.

After the shooting, Memphis police officers at the Old Allen Station received a call to assist the U.S. Marshals. MPD officers were not involved in Webber’s shooting.

Around that time, a large group started gathering on the scene and several individuals began throwing concrete rocks and bricks at officers and squad cars. Fire officials also said windows were broken out of a fire station, though no firefighters were hurt.

In a post on Facebook, Memphis Mayor Jim Strickland said a concrete wall outside a business was torn down.

Video shows one man using a chair to hit a police cruiser, and a WREG reporter at the scene was knocked to the ground by a man. 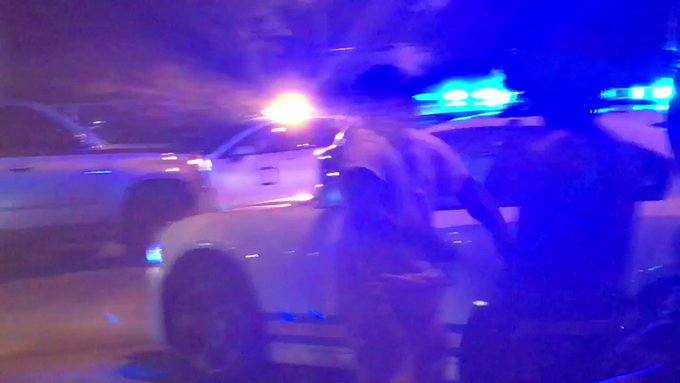 807 people are talking about this

The violence reportedly led officers to call in back up as well as don protective clothing.

Authorities confirmed at least 25 officers received some sort of injury and they were forced to set up a triage unit on the scene for the officers who had been hurt.  They were eventually forced to use a chemical agent to disperse the crowd.

Thursday morning, Strickland said Rallings made the right call to disperse the crowd because of violence against officers and the media. He also praised Memphis Police officers and Shelby County Sheriff’s deputies for exercising restraint at the scene.

Police said each of the men were among the people causing problems at the scene and refused to leave when told to disperse. Taylor, 19, even laid on the ground and told officers, “ya’ll gonna have to lock me up today.”

Taylor was charged with inciting a riot and riot, while Richardson and Beverly were charged with disorderly conduct.

The U.S. Marshals Service said in a statement that the agency would conduct an internal review after the state completes its investigation. The agency said they would not release the names of deputy marshals involved in the shooting until the conclusion of all investigations.

“Shelby County Schools has received information about a planned vigil near the school. As a proactive measure, we have deployed additional security personnel to Central HS and provided grief counselors to multiple schools in the area to assist students and staff. Our priority is to ensure our school is secured and students and staff feel safe,” the district said.

Greg McCullough, principal at Central High School, said in a statement, “My heart is broken over the news regarding the death of Brandon Webber.

“Brandon worked hard during his time at Central where he graduated in 2017. I remember that he was a very talented art student. He seemed to really love his experience at Central High and he engaged well with others. My prayers go out to the Webber family during this devastating time.”

#breaking: TBI has just confirmed this was an officer-involved shooting involving US Marshals. @3onyourside pic.twitter.com/vnZgQGrdZo 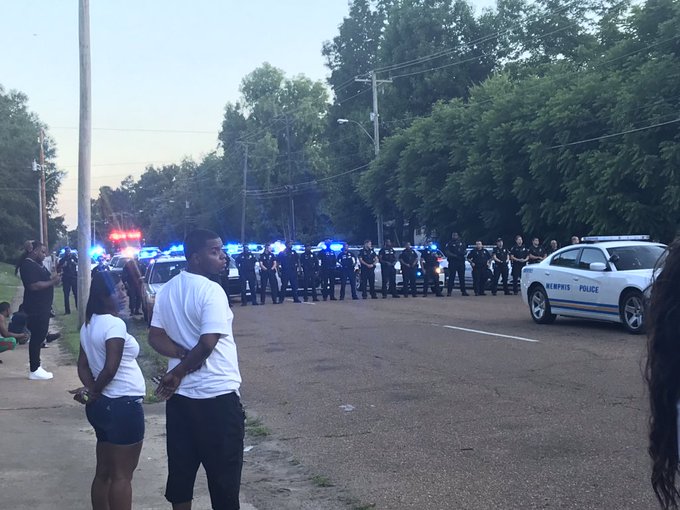 87 people are talking about this

You could hear something being fired (not sure what). Sent crowd running briefly. Sounds like maybe police are trying to disperse crowd. @3onyourside pic.twitter.com/tP3EkKIrN7 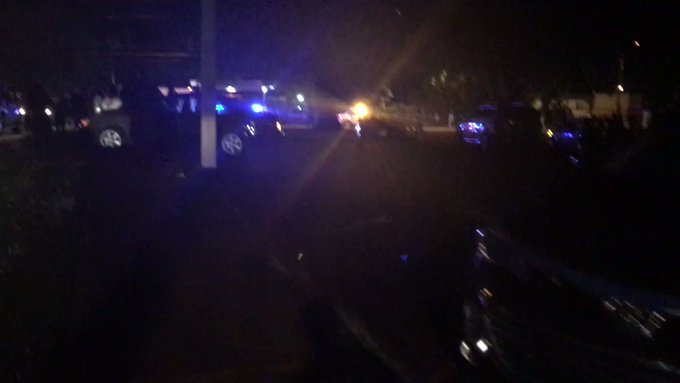 41 people are talking about this

A few in the crowd now throwing things (not sure what) at officers who have again formed a wall. @3onyourside pic.twitter.com/xhwVXqotys 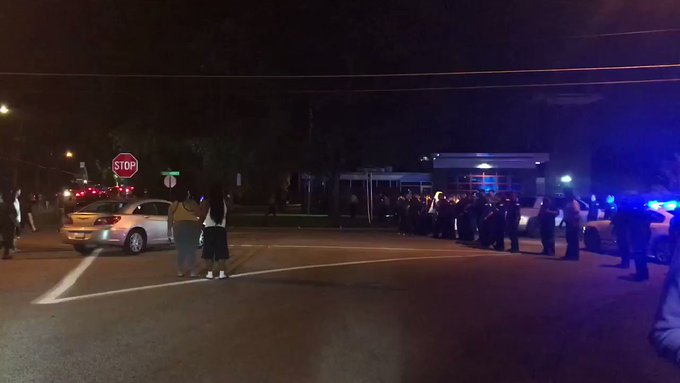 85 people are talking about this

Police now have shields. Heard them telling crowd to disperse over loudspeakers. pic.twitter.com/jMynWKlXo4 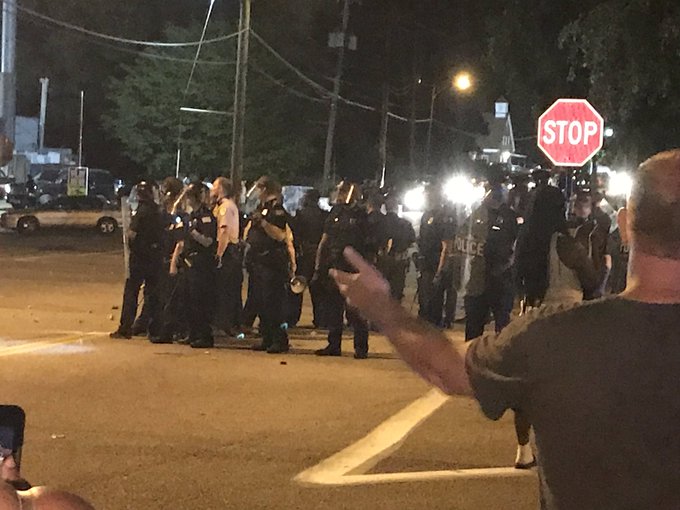 43 people are talking about this

Had to change locations. Guy just ran up, hit me on the side of my head and knocked me to the ground. @3onyourside

244 people are talking about this