Washington (CNN)Hundreds of former Justice Department officials said in an open letter released Monday that President Donald Trump would be facing multiple felony charges stemming from the Russia investigation if he were not President.

RELATED: Trump warns presidency is being stolen amid Mueller angst
The letter posted online by Justice Department alumni, who served under presidents from both parties, said the report from special counsel Robert Mueller contained repeated instances of Trump committing obstruction of justice, and that he would have been charged with obstructionif he was not protected as President by an opinion from the Justice Department’s Office of Legal Counsel that Mueller cited. 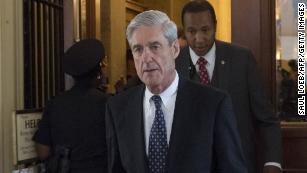 Robert Mueller’s possible testimony, explained
RELATED: Mueller had everything he needed to charge Trump with obstruction, but didn’t
“We believe strongly that, but for the OLC memo, the overwhelming weight of professional judgment would come down in favor of prosecution for the conduct outlined in the Mueller Report,” the letter read.
The letter was posted to Medium and said it was being updated by the group Protect Democracy, a nonprofit group that has combated the Trump administration. CNN has reached out to Protect Democracy regarding the letter.
The letter was signed by officials from a wide-range of backgrounds, and included former US attorneys and other top officials from both parties.
The Washington Post, which previously reported on the letter, which said signatories to the letter included officials whose time in government included every administration since President Dwight Eisenhower.
RELATED: Mueller report unable to conclude ‘no criminal conduct occurred’ on obstruction 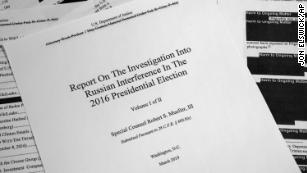 Read and search the full Mueller report
The Mueller report as released by the Department of Justice showed the special counsel looked into whether Trump committed obstruction and laid out specific, unsuccessful instances by Trump to obstruct the special counsel itself. In the report, Mueller said he could not conclude “no criminal conduct occurred” on the topic.
Attorney General William Barr, who criticized the obstruction probe last year, said after the conclusion of Mueller’s investigation that both he and Deputy Attorney General Rod Rosenstein determined Mueller’s evidence was “not sufficient” to support prosecuting Trump for obstruction.

CNN’s Laura Jarrett and Jeremy Herb contributed to this report.

3 thoughts on “IN THE U.S. A SITTING PRESIDENT IS ABOVE THE LAW: PERIOD!”