The cameras can also spot cars and taxis with fake plates, as well as drivers with serious traffic offenses.

When a suspicious car is detected by the camera, the system will notify nearby police officers.

A motorist surnamed Jiang, whose license was revoked in February 2015 due to drunk driving, was one of the first to be detected by the cameras. 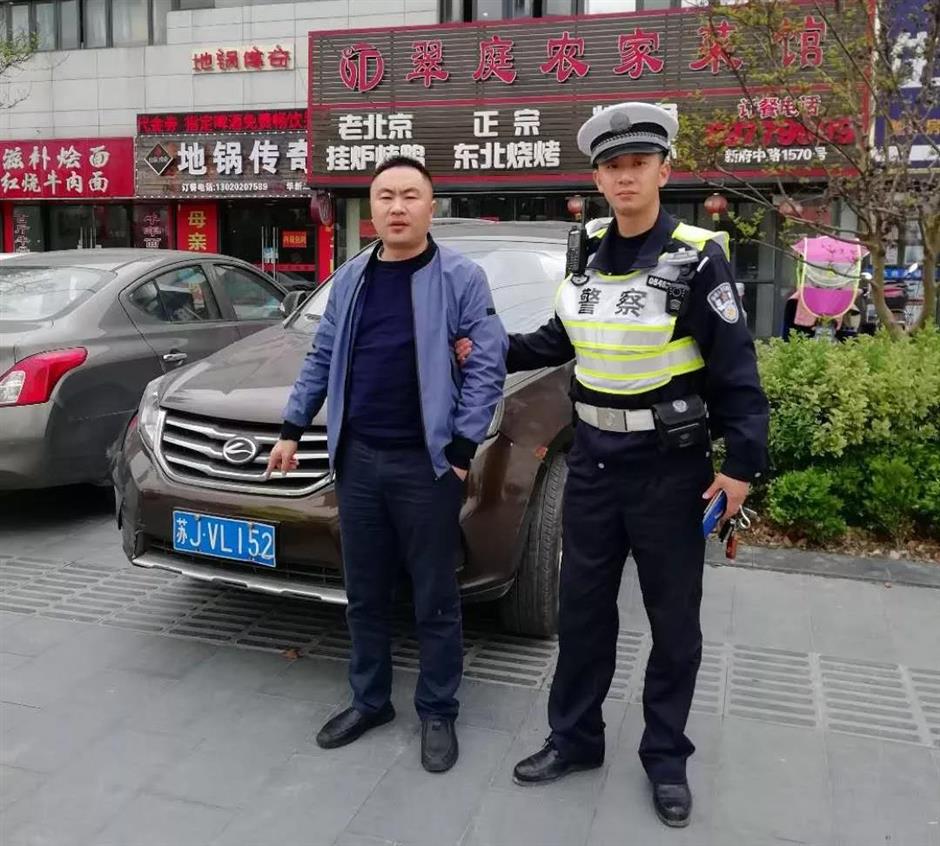 Jiang is detected driving without a license by a traffic camera.

Jiang was identified at the intersection of Xinfu Road M. and Hualong Road in Qingpu District at 10:18am on April 11.

Officers found his car nearby and interviewed him.

For the offense of driving a motor vehicle with his license revoked, Jiang will be detained for seven days with a 1,500-yuan (US$224) fine, police said.