The fire caused a spire to collapse and raised fears over the future of the nearly millenium old building and its precious artworks. Firefighters douse flames and smoke billowing from the roof at Notre-Dame Cathedral in Paris on Monday .(AFP)

National Conference leader Omar Abdullah and the Congress party tweeted their sorrow over the fire that ravaged the Notre-Dame Cathedral in central Paris on Monday.

Omar hoped that the fire could be put before it consumes the entire building.

This blaze looks terrible. I hope they are able to put it out before it completely guts this historic building. #NotreDame #Paris

We can’t show you everything! 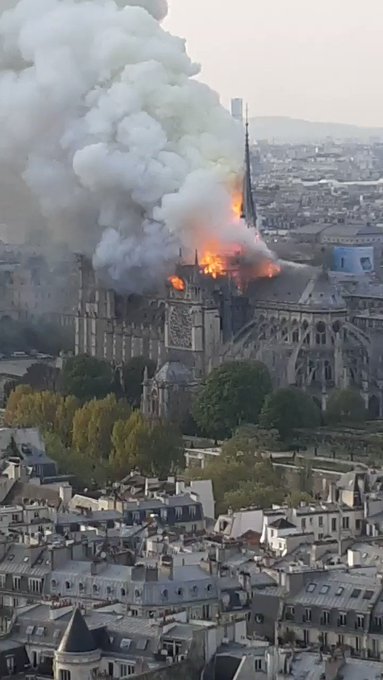 76 people are talking about this

The Congress party in its tweet said it hoped there were no casualties.

Heart-breaking news of the fire at the iconic Notre-Dame Cathedral in Paris. We hope there are no casualties & the Holy Cathedral can be salvaged. 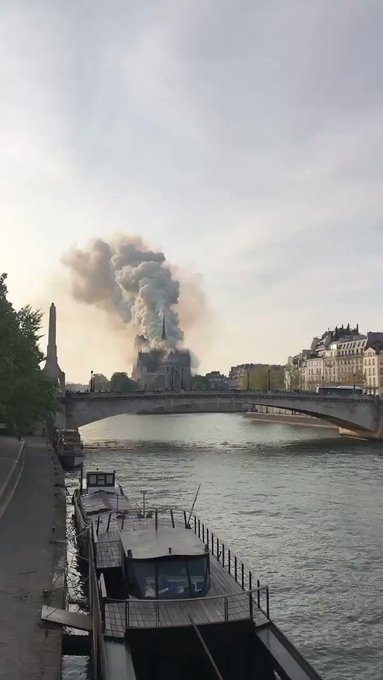 343 people are talking about this

Flames that began in the early evening burst through the roof of the centuries-old cathedral and engulfed the spire, which collapsed, quickly followed by the entire roof.

A huge plume of smoke wafted across the city and ash fell over a large area. Parisians watched on, many of them lost for words.

Firefighters tried to contain the blaze with water hoses and cleared the area around Notre-Dame, which sits on an island in the River Seine and marks the very centre of Paris

(With inputs from Reuters)