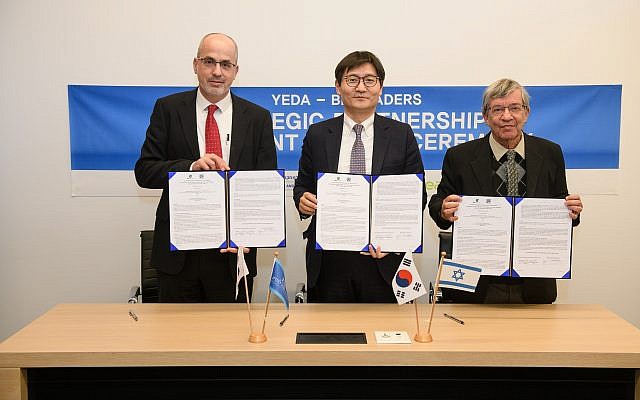 The institute said that two South Korean concerns have committed to investing a total of $12 million in two spin off companies set up by Yeda Research and Development Co. Ltd., the technology transfer arm of the Weizmann Institute of Science.

The Korean group BioLeaders Corporation, a clinical stage biopharmaceutical firm, has signed a Letter of Intent with Yeda for the incorporation of a jointly owned company that will be set up in the coming months to develop the anti-cancer drug.

The drug will be based on the research of Weizmann Institute professors Varda Rotter and Moshe Oren, both of the Molecular Cell Biology Department.

Rotter and Oren were among the first to discover the function of the p53 protein – called the “guardian of the genome.” This protein is mutated or dysfunctional in over two-thirds of all cancers; such malfunctions can cause the cancer to spread faster. The two researchers recently developed a peptide — a small piece of protein — that can restore proper p53 function. The peptide they developed targets the malformed p53, and enters the cell and binds to the protein.

In mice carrying human tumors that were treated with the peptide, the tumors shrank and, in some cases, disappeared altogether, with no significant side effects, the statement said.

The investment is planned to be completed in the coming months, and the company is expected to establish operations and recruit staff in its headquarters in the Kiryat Weizmann Science Park in Ness Ziona, near the Weizmann Institute of Science, the statement said. 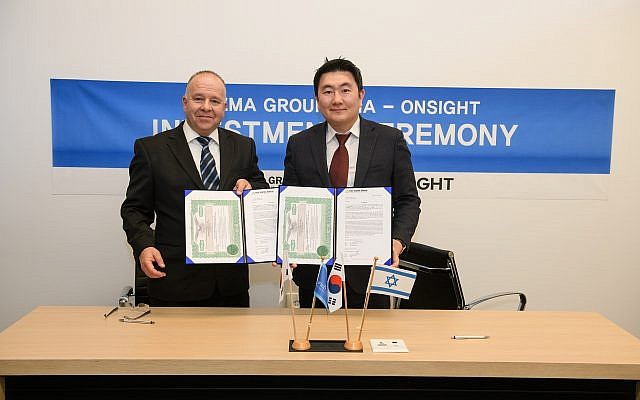 A second sum, of $2 million, will be invested by Yozma Group Asia, a VC fund, in On-Sight Medical Inc., jointly owned by Yeda, New York University (NYU) Medical School and other parties.

On-Sight Medical is developing a program that will allow untrained users to operate ultrasound equipment and interpret the results. Today’s ultrasound machines are compact and economical, but they still require highly trained and experienced technicians. The developers of the new program hope not only to make up for the lack of qualified ultrasound technicians and radiologists, but also to facilitate the use of ultrasound technology in ambulances, general practitioners’ offices and even in-home care, the statement said.

The initiative won first place last year in the Echovation Challenge of the American Society of Echocardiography.

The first application of On-Sight Medical’s technology will be in emergency rooms, where waiting for the technician can waste crucial time, the statement said. Based on a mixture of artificial intelligence, machine learning and algorithms for geometric recognitions, the program was developed by the team of Prof. Yaron Lipman of the Weizmann Institute’s Computer Science and Applied Mathematics Department together with Achi Ludomirsky, MD, a pediatric cardiology expert at NYU School of Medicine, Itay Kezurer, and Dr. Yoram Eshel, the company’s CEO. Yeda also participated in the current round of investment in the company.

Yozma Group Asia, stemming from the original Yozma fund founded in Israel in the 1990s by Yigal Erlich, who was at the time the Chief Scientist of Israel’s Ministry of Industry and Trade, was founded in 2014 as a venture capital fund based on the “Israeli model.” The Yozma Group Asia invests in Korean startups as well as works to develop strong ties with Israel’s high-tech industry. Yozma Group Asia is also an investor in BioLeaders.