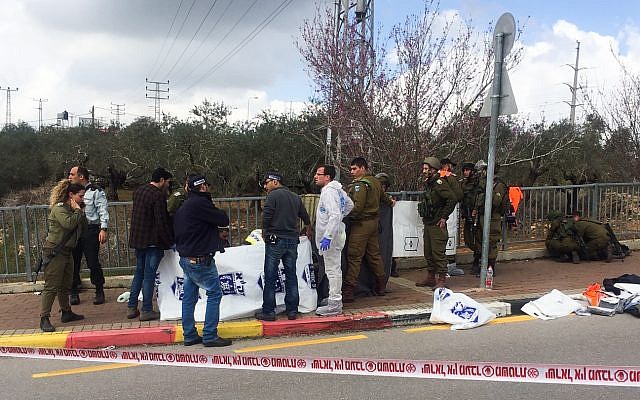 Israeli security forces at the scene where a Palestinian carried out a deadly attack near Gitai-Avishar junction, March 17, 2019. (Flash90)

1. Killer on the loose: A manhunt is ongoing Monday morning for a Palestinian suspected of killing a soldier, stealing his gun and opening fire on others in the area before fleeing to a nearby village.

2. Powderkegger: Much of the coverage of the attack revolves around the time-honored tradition of asking “Are we in an intifada yet (or at least uptick of violence)?”

3. Operational failures: In Yedioth Ahronoth, Yossi Yehoshua says the ability of the attacker to kill a soldier, steal his gun and get away, while other troops were nearby, points to serious failures.

4. Defending democracy: Not surprisingly, where papers stand on the disqualification of Michael Ben Ari of Otzma Yehudit depends mostly on their politics, though everyone tries to dress up their positions as a defense of democracy.

5. Backing Ben Ari: On the other side, Amnon Lord writes in Israel Hayom that even though he doesn’t agree with Ben Ari’s views, “there was no real reason to disqualify him, beyond aesthetics.”

6. Good for the right? Otzma Yehudit has fumed over the decision and demanded Jewish Home renegotiate their deal and move Itamar Ben Gvir, who is still allowed to run, into Ben Ari’s No. 5 slot, something that’s not allowed.

7. More than a tweet: Ilhan Omar doesn’t have to worry about getting kicked out of Congress for her words, but she still appears to be making an effort to get back into the Democratic party’s good graces.

When I was throwing out those anti-Semitic bombs, all I really wanted was a more “inclusive foreign policy.” This reads like an oped written by a crisis communications firm for one of their so misunderstood clients.

An op-ed from @IlhanMN: 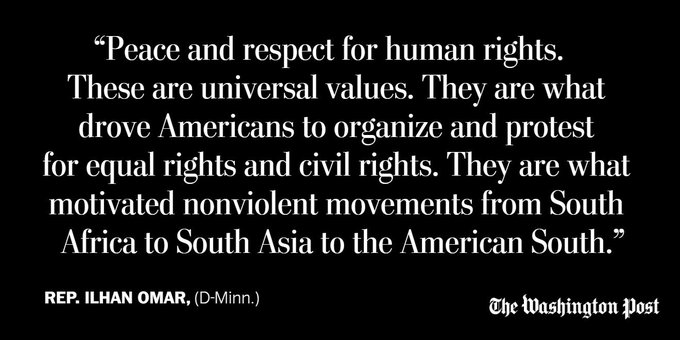 244 people are talking about this
READ MORE: