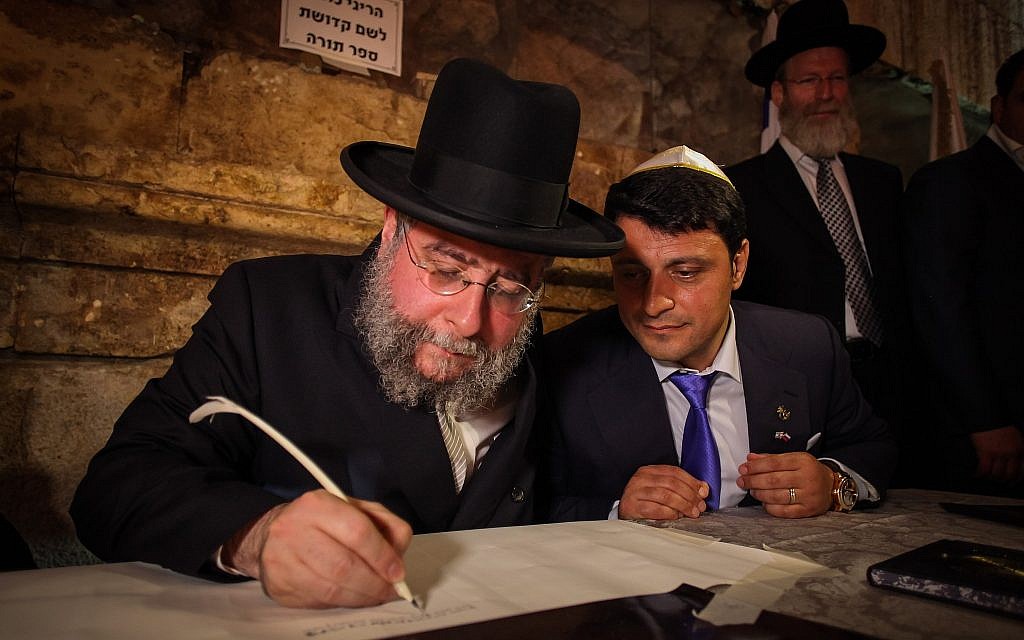 Rabbi Pinchas Goldschmidt, seen writing a new Torah scroll at an event attended by Israeli and European rabbis, marking the Hebrew date of 69 years since the liberation of Jews in Europe, in the Western Wall tunnels, in Jerusalem’s Old City, May 21, 2014. (Flash90)

Today’s political climate poses a genuine danger to democracy, according to a leading European rabbi, who warned of a return to “total dictatorships” such as those that existed before World War I.

“We live in a totally new world where there is no control or editing of any kind of information,” said Rabbi Pinchas Goldschmidt, the president of the Conference of European Rabbis. “The public discourse has become much more shrill and extreme. What has been accepted and understood as being the basis of a liberal democracy yesterday is questioned today.”

In a recent interview with The Times of Israel, the Swiss-born scholar and communal leader also criticized the US administration for “replacing” the State Department with Twitter, said the European Union was “not stable,” and warned the State of Israel against warming up to far-right parties, saying the Jewish state must never place short-term political gains ahead of historical truth.

Speaking about the rise of populist far-right parties across Europe, Goldschmidt indicated that the continent is returning to an age of unbridled nationalism mixed with racism.

“We’re going back to the past; we’re going back to 1914 in Europe. I don’t think we can exclude the turn to total dictatorships, where the situation of Jewish communities is going to become similar to those times when there were no democratic governments,” he said. However, he added that there is one caveat, in that “today you have the State of Israel, you have where to go.”

His fears of Western democracy collapsing are based on recent political and societal developments, he explained.

“The memory of the Holocaust and World War II and World War I is receding. People are living well. People’s attention spans, thanks to the internet, has gone down. Instead of reading books, people read headlines. Instead of getting information, people get opinions and tweets,” he said.

Even the US administration has “replaced the State Department with Twitter,” he lamented, referring to policy decision and diplomatic repartee on the micro-blogging platform.

“I am not painting a black future. I’m saying there are big dangers,” stressed Goldschmidt, who has headed the Conference of European Rabbis since 2011.

“The European Union is not stable; we’re dealing now with Brexit,” he added, noting that many far-right parties on the content advocate leaving the EU and want to “go back to 1914, where it was every country on their own.”

Nationalism in itself is not bad, but it becomes problematic when it is mixed with racism and threatens the foundations of democracy, said the rabbi, who has written several books on religion and politics. 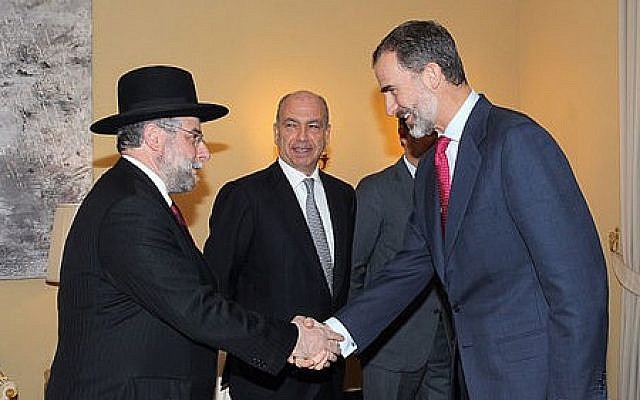 The walls that separate between the judiciary, the executive, and the legislative “are being broken down,” and the free press in under attack in today’s Western world, he went on. “All the institutions which give a guarantee to every citizen, and specifically to religious minorities, are in danger.”

Last month, Goldschmidt, who was born in Zurich and has served as the chief rabbi of Moscow since 1993, headed a delegation of the Conference of European Rabbis to Israel, which met with President Reuven Rivlin, Diaspora Affairs Minister Naftali Bennett, and other senior government officials.

In Jerusalem, Goldschmidt announced the appointment of an “ambassador” to coordinate the campaign “against far-right ideologies and extremism.”

This person, who has not yet been named, “will bring together leading politicians and stakeholders from across Europe to make sure that we are equipped to take action against the far-right,” according to Goldschmidt. 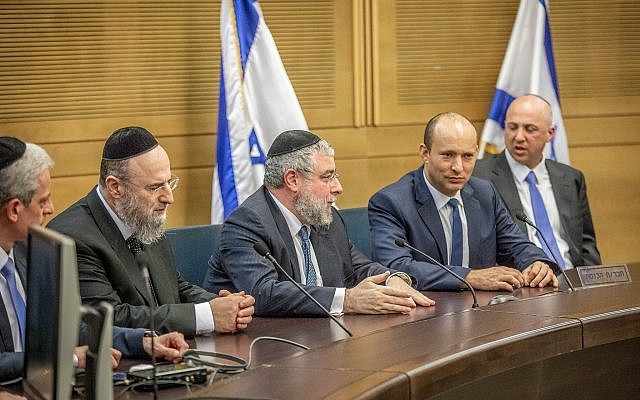 At their meetings in Israel, the rabbis warned the government against cozying up to such parties, even when they purport to support Israel.

“If a party is intrinsically racist, bigoted against large parts of society and intolerant of minorities, if Jews are not the target now, they will be in the near future,” he said in a press release issued in late November.

“Israel is uniquely placed to put diplomatic pressure on a state and she needs to be careful, take the lead from local communities and analyze a party’s approach and make a long-term decision. It is not worth a short-term endorsement or for Israel to receive political support, only to put the Jewish community at risk.”

Speaking to The Times of Israel in the lobby of his Jerusalem hotel, Goldschmidt also cautioned against establishing contacts with Austrian Foreign Minister Karin Kneissl, who is not a member of but affiliated with the far-right Freedom Party, or FPOe. 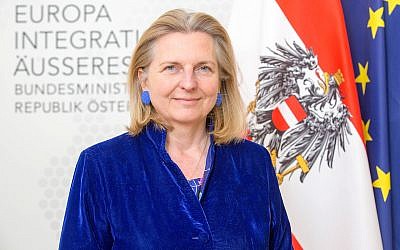 “The FPOe was founded by SS officers. Some politicians in Israel are talking about mending relationship with the Diaspora. Supporting them would do just the opposite,” he said.

Goldschmidt was careful not to openly criticize the Israeli government, but he did express understanding for critics of some Israeli decisions, such as a July joint statement Jerusalem issued together with Warsaw about the role of Poles in the Holocaust.

At the time, Yad Vashem slammed the document for containing “highly problematic wording that contradicts existing and accepted historical knowledge in this field.”

He also had some misgiving about Israel seemingly turning a blind eye to distortion of the Holocaust in some Central and Eastern European countries in exchange for diplomatic support.

“It is natural that current political necessities do take precedence over historical rights and wrongs,” Goldschmidt said. “Not all Jews are religious. Many Jews are secular. However, if there is something that is holy to all of us, it is the memory of the Holocaust victims. And that’s something we should not play with.”

Israel derives its strength not only from its thriving start-up scene or its military, the rabbi went on.

“It’s its morality. The morality and historic justice of a persecuted people returning to their homeland after 2,000 years of exile, and I believe that the Israeli government, when formulating foreign policy, should include all historical and moral aspects of Jewish history in order to form a policy which is not only acceptable today, but also for the future.”