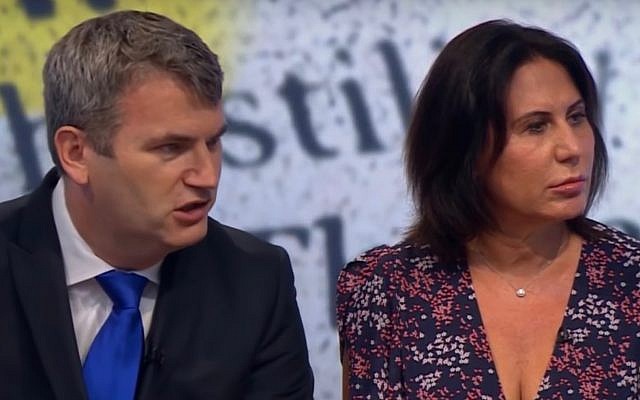 Mark Lewis (L) and his partner Mandy Blumenthal in an interview with the BBC. (Screen capture: YouTube)

A top British lawyer and his partner immigrated to Israel this week, citing rising anti-Semitism in Europe.

“Europe in my view is finished. Every day you see people being attacked in one way or another across Europe,” Mark Lewis told Israel’s Channel 10 news, which accompanied his arrival, together with partner Mandy Blumenthal, at Israel’s Ben Gurion Airport.

Lewis, 54, one of the UK’s leading libel lawyers, said he has been increasingly subjected to hate speech and threats for being Jewish, including being subjected to regular abuse and death threats online.

The decision to leave Britain did not come easily, the couple has said, but they feel it was inevitable. “We’re a wandering people, and it’s time to wander again. People just don’t want to see it,” Lewis said of his fellow British Jews. 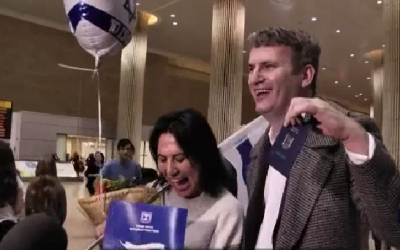 “We’ve accelerated our decision of moving to go to Israel because of anti-Semitism being so institutional and accepted in mainstream life,” Blumenthal charged.

“So many people have these ideas about Jews being responsible for every disaster that’s ever happened in the world.”

Lewis and Blumenthal first publicized their intention to leave for Israel in an interview with the BBC in August. They said they knew other people who are considering leaving the country because of anti-Semitism.

In the interview, the couple also blamed the leadership of Labour under Jeremy Corbyn for creating an atmosphere that allows anti-Semitic feelings to bubble up, and largely dismissed Corbyn’s assertion that anti-Semitism is not tolerated in the party.

“Jeremy Corbyn moved the rock, and the anti-Semites crawled out from underneath the rock. They’re not going back,” said Lewis.

“There’s been a total climate change. It’s become acceptable to be anti-Semitic. It’s brought out people’s feelings to the surface,” Blumenthal said.

She said though Corbyn and Labour are not solely responsible for the recent anti-Semitism, they have a “very loud part” in its rise.

“It’s not just Jeremy Corbyn and it’s not all of the Labour party. But it’s a very, very loud part of it that’s actually enabled this anti-Semitism to foster here in the UK and go throughout society,” she said.

Lewis said while anti-Semitism was a fringe phenomenon in the past, it is has become more prominent due to social media.

“Social media has caused so much harm,” he said. “Fifteen years ago there was still anti-Semitism but it was an obscure thing. Fifteen years ago somebody painted a swastika on my garage door in Manchester, that was a message. But it was a one-off, it was something you could almost laugh off. Now with the effect of social media, it’s almost every day.”

Lewis, who in an interview with The Times of Israel last year said he likes to take on anti-Semitic trolls on social media, said he has also faced anti-Semitism when trying to raise the issue.

“If you complain about anti-Semitism, the most anti-Semitic thing is said back to you: You’re making it up, it’s all a smear, you haven’t even got the right to complain,” he said. 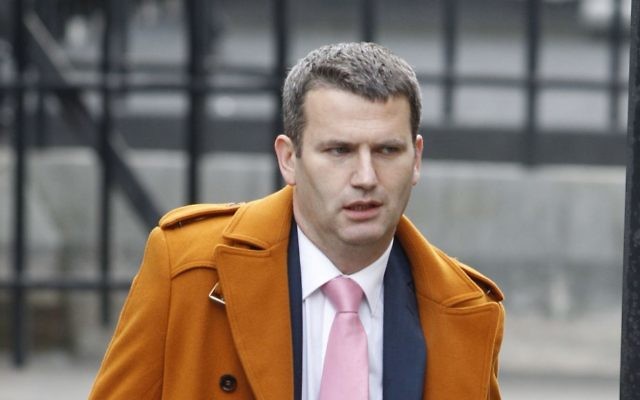 Explaining the couple’s decision to move to Israel, Lewis said “there is only so much you can take.”

“When you are getting threats from people that they want you to be ill, etc. It’s a drip drip effect,” said Lewis, who suffers from multiple sclerosis. “And where do you say ‘actually, enough is enough.’”

In response to the couple’s interview, a Labour spokesperson said Corbyn is a “militant opponent” of anti-Semitism and committed to uprooting it from the party. 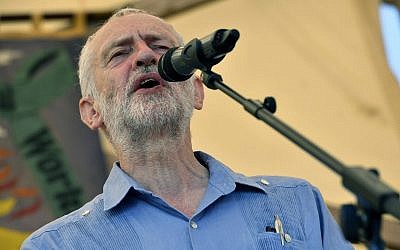 Blumenthal, however, said she did not believe Corbyn’s expressed commitment to addressing Labour’s anti-Semitism problems.

“Words are cheap. I honestly believe that when I hear Jeremy Corbyn’s words, they’re cheap, they’re excuses, they’re not actually expressing his true feelings. I don’t believe him,” she said.

In August, Corbyn faced renewed criticism after the Daily Mail newspaper published photos of him holding a wreath during a 2014 ceremony at a Tunisian cemetery. It appeared from the snapshots that Corbyn was standing near the graves of Palestinian terrorists involved in the massacre of 11 Israeli athletes at the Munich Olympics in 1972.

The scandal is only the latest round in a long-running crisis for the Labour Party, with a constant stream of members and prominent officials being forced out or chastised for making anti-Semitic and virulent anti-Israel comments, and Corbyn himself criticized for tolerating and/or being part of the problem.

The fracas has seen excoriation from rabbis, including Britain’s chief rabbi, as well as from some of Labour’s own MPs, charging that the party and its leader seem unable or unwilling to decisively excise anti-Semitic members and sentiments from Labour’s ranks.

5 thoughts on “‘Europe is finished,’ leading lawyer says as he leaves UK for Israel”