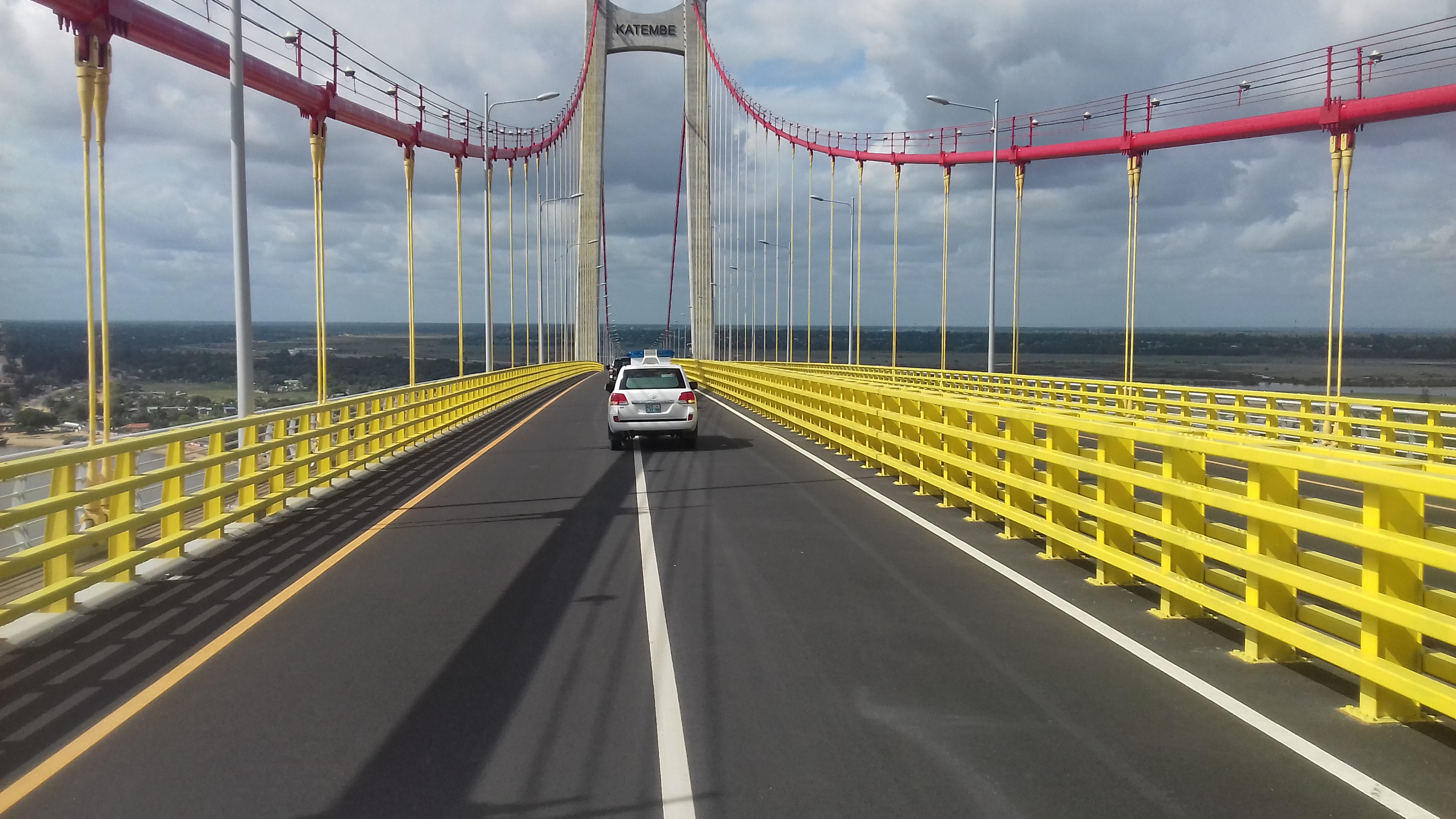 The Maputo-KaTembe bridge. Photo by Alexandre Nhampossa, used with permission.

On November 10, Mozambique inaugurated the Maputo-KaTembe Bridge, a four kilometer- long piece of infrastructure connecting the center of the capital Maputo with the KaTembe district on the south side of the bay.

It’s the largest suspension bridge in Africa and one of the 60 longest in the world, as well as a symbol of Chinese investment in Mozambique.

The bridge was built by the China Road and Bridge Corporation at a cost of 785 million US dollars, making it the most expensive infrastructure project undertaken in Mozambique since the country’s independence in 1975. It was 95 percent funded by loans from China’s EXIM bank, to be paid by the Mozambique state in 20 years time at a four percent interest (the remaining five percent came directly from the public coffers).

The construction affected around 900 families, who had to be rehoused. Authorities say the relocation process contributed to delaying the bridge’s inauguration, originally scheduled for June 25, the date Mozambique celebrates its independence.

The government hopes that the Bridge will serve the hundreds of residents of the KaTembe district who commute by small boats and ferry boats to the center of Maputo for work and study.

KaTembe is officially part of the metropolitan area of Maputo, but both regions are very different: the northern half of Maputo is a highly-urbanized center, with a population of around two million, while KaTembe lacks infrastructure and still has plenty of unused lands.

Authorities also hope to boost trade and tourism from South Africa — the driving time between its east coast border and Maputo will now take around 90 minutes instead of the previous six hours. 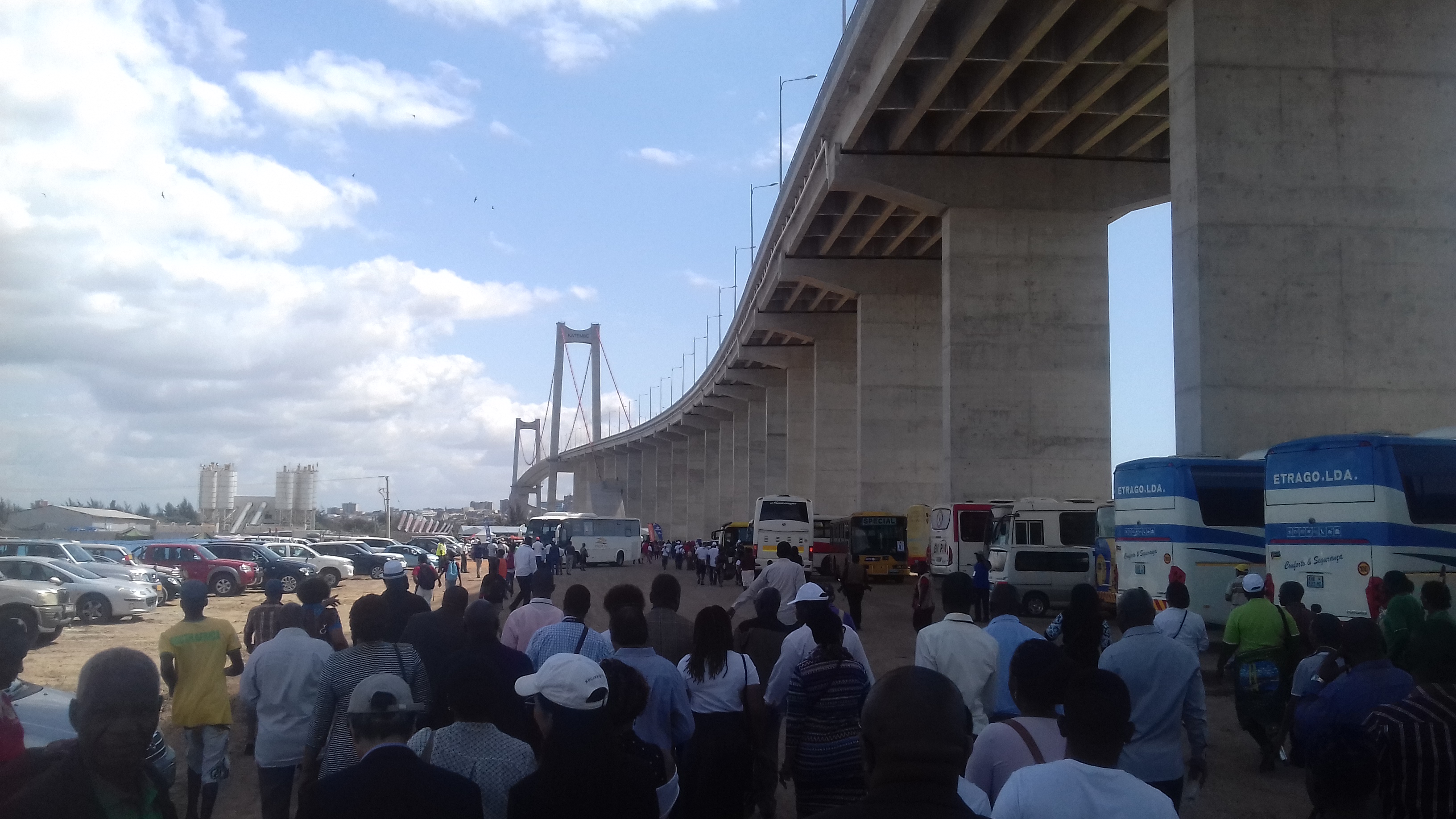 The inauguration ceremony of the Maputo-KaTembe bridge. Photo by Alexandre Nhampossa, used with permission.

However, the bridge has faced criticism from Mozambicans for the high costs of the loans that permitted its construction — as well as the toll charges that will help service them.

There is here a failure of the government when determining such fees. In projects like those, the fees do not aim to recover the initial investment, but to upkeep the infrastructure. It seems to me, and taking into account the high values I have seen, there are gains that are expected to be obtained above the simple operationalization and maintenance of the infrastructure

The essence of a bridge is to connect, to unify, to (re-)establish contact. Mozambique is now the first country in history to distort the traditional meaning of the concept of the bridge. The beautiful and one of the largest suspended bridges of Africa, Maputo-KaTembe, was born to establish or unveil, painfully, the gap between the wealthy and the wretched of one same nation. It is no longer the few miles separating the Maputo residents from here and there, but the many meticais of the coming tolls. 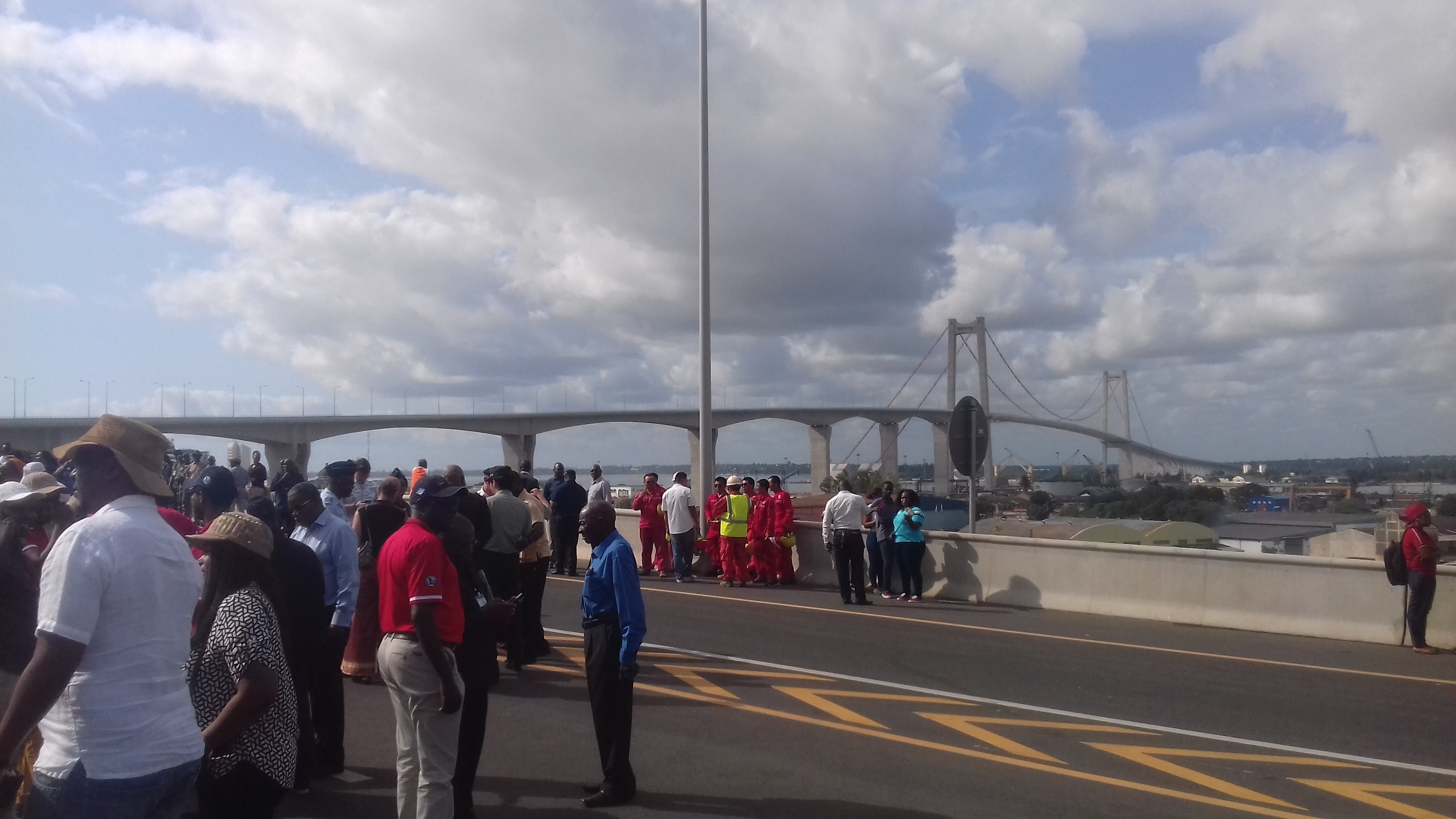 The inauguration ceremony of the Maputo-KaTembe bridge. Photo by Alexandre Nhampossa, used with permission.

A contributor of World Vision, a development organization, Elvino Dias expects the bridge to be a relief for the citizens of KaTembe, but also has reservations regarding the toll:

When we applauded that the Maputo KaTembe Bridge marked the end of the suffering of the citizens of that part of Maputo, I didn’t imagine that it would be the beginning of another form of slavery, and this time without an end in sight.

I do not care where the money came for the construction of the bridge or road came from, because I know I’ve paid taxes that supposedly were for building such infrastructures. That’s why I sometimes wonder where taxpayer’s money goes to. Dear brothers, if they persist with such prices, we must say no to the eliticization of a public good.

Mozambican authorities are expecting the bridge to sustain a daily average traffic of over four thousand vehicles, a significant increase of the average of 200 vehicles that cross the bay by boat today. 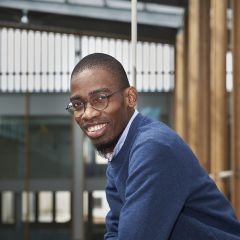