US President Donald Trump on Thursday suggested that Israel would face major regional difficulties in the Middle East if it were not for the stabilizing presence of Saudi Arabia.

“Israel would be in big trouble without Saudi Arabia,” Trump told reporters after a Thanksgiving Day telephone call with members of the military from his Mar-a-Lago resort home in Florida.

The US president was asked to comment on reports that the CIA had concluded that Saudi Arabia’s Crown Prince Mohammad Bin Salman ordered the brutal murder of US-based Saudi journalist Jamal Khashoggi in the Saudi consulate in Istanbul in October.

“If you look at Israel, Israel would be in big trouble without Saudi Arabia,” Trump said. “So what does that mean, Israel is going to leave? You want Israel to leave? We have a very strong ally in Saudi Arabia.”

Critics in Congress and high-ranking officials in other countries have accused Trump of ignoring human rights and giving Saudi Arabia a pass for economic reasons, including its influence on the world oil market.

Noting that Saudi Arabia helps keep oil prices down, Trump on Thursday argued that almost no country is without its faults.

“If we go by a certain standard we won’t be able to have allies with almost any country,” he said. 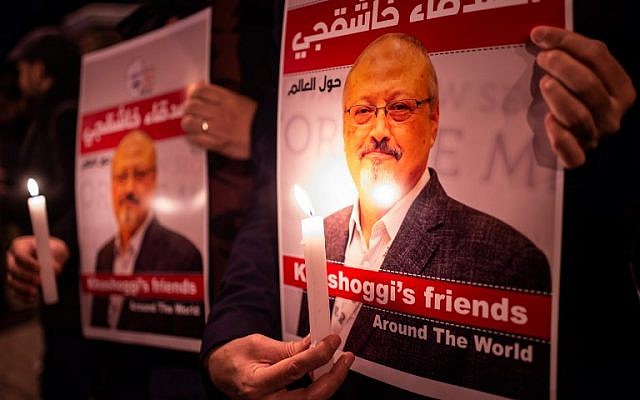 Trump said this week he would not impose harsher penalties on the crown prince over the death and dismemberment of Washington Post columnist Khashoggi.

On Tuesday, Trump also mentioned Israel in justifying why US-Saudi ties would not suffer over the Khashoggi scandal.

“The United States intends to remain a steadfast partner of Saudi Arabia to ensure the interests of our country, Israel, and all other partners in the region,” he said.

Earlier this month, in Israel’s first public comments on the murder of Khashoggi, Prime Minister Benjamin Netanyahu said that while the killing was “horrendous,” it was still necessary to preserve stability in the Arab kingdom.

Netanyahu’s comments came a day after the Washington Post reported that the Israeli leader had recently urged the White House to maintain its support for the crown prince amid growing criticism over the killing of Khashoggi. Netanyahu told Trump administration officials that the crown prince was a key strategic partner and a linchpin of the alliance against Iranian encroachment in the region, according to the Post. 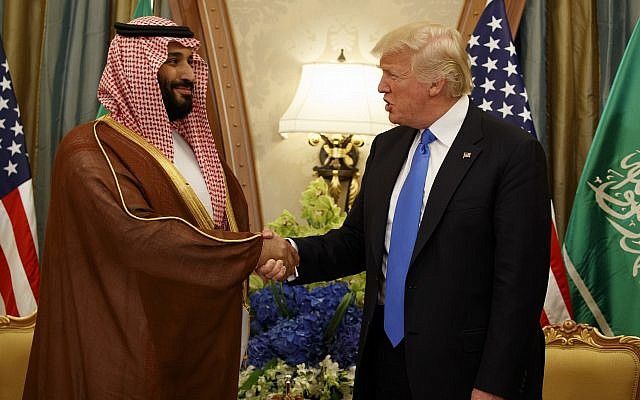 Israel does not have diplomatic ties with Saudi Arabia although the two countries have found a common foe in Iran.

American intelligence agencies have concluded that the crown prince ordered the killing in the Saudi Consulate in Turkey, according to a US official familiar with the assessment. The official was not authorized to discuss the matter publicly and spoke on condition of anonymity.