(THIS ARTICLE IS COURTESY OF THE MIAMI HERALD NEWSPAPER)

Obama went to Wynwood for tacos and everyone lost their minds

Former president Barack Obama worked up an appetite during his get-out-the-vote rally in Miami Friday afternoon for Andrew Gillum and Bill Nelson, so he went to Coyo Taco.

And Wynwood lost its mind.

Women screamed as Obama stepped out of a silver Chevy Suburban onto Northwest Second Avenue around 3:45 p.m. They grabbed their cellphones to snap photos and call their friends. He shook a few hands.

“I want everybody to vote!” he shouted.

Be the first to know.

No one covers what is happening in our community better than we do. And with a digital subscription, you’ll never miss a local story.

Inside the venue, stunned diners gaped as Obama entered, surrounded by an entourage of Secret Service agents, reporters and camera crews. Evan Schlecker, a Morgan Group employee who stopped at Coyo for lunch, shared a tortilla chip with him and let him dip it in the guac.

They posed for a selfie, guacamole still firmly on the chip before Obama downed it.

Women dining on the patio screamed when he popped out of a silver Suburban. They grabbed their cell phones and shot video. And then they called their friends.

Obama ordered the special. He ate one of Evan Schlecker’s tortilla chips while he waited pic.twitter.com/xyS1MCFutK 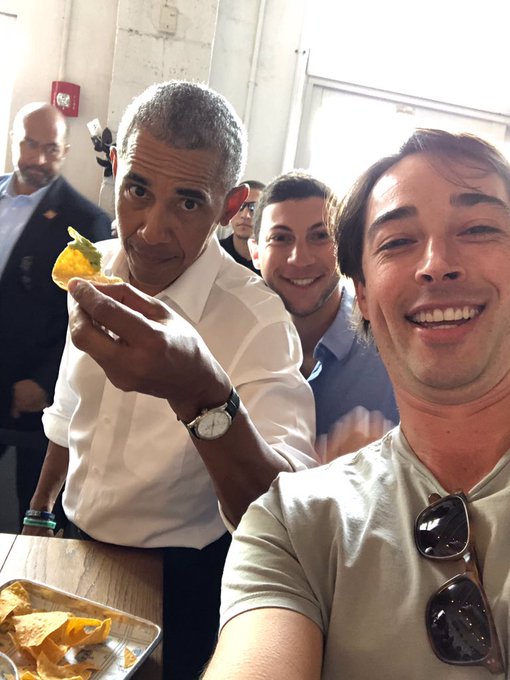 He bought a bottle of Coca-Cola for Gillum. Kali Hughes took their order, and told Gillum, the Democratic nominee for governor, that he’d voted early and cast his ballot for him. 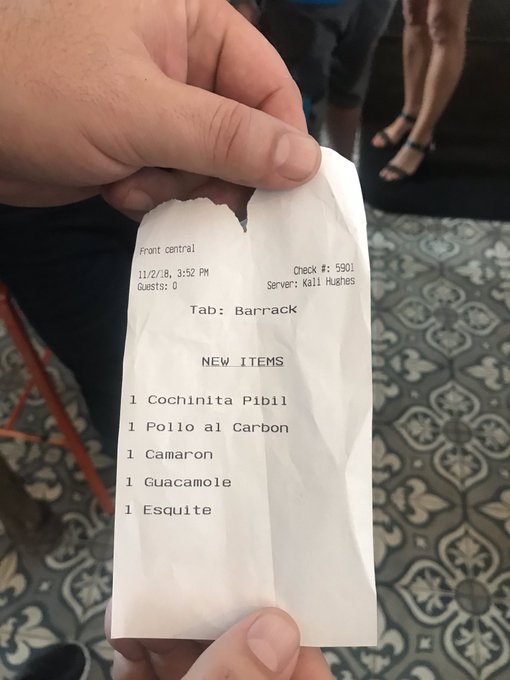 Obama made his way down the counter, giving Katarina Morgan a hug after she told him she was in Miami from Myrtle Beach on her bachelorette party. “Congratulations. You’ll make a beautiful bride.”

Obama touts Gillum and Nelson, warns voters “character of the country” is on the line

He spoke to Ruben Paredes, director of Coyo’s operations, who told him the chain is opening a location in Portugal. He gathered with the staff and smiled for photos behind the register. “This is a health code violation,” he yucked.

Obama worked the room while he waited for his food.

“You voted, so you get a photo,” he told a man who asked for a selfie with the former president.

Then he got hungry.

“Where are my tacos?” he yelled. “Everybody was busy taking all these pictures.”

By the time Obama got his food and left the restaurant, word had escaped that he was in Wynwood. A crowd had formed around the restaurant and on the other side of the street. People cheered as he walked to his Suburban.

He waved, got in and left, leaving Hughes behind holding a copy of the receipt like a trophy.

Former president Barack Obama poses with the staff at Coyo Taco in Wynwood, where he stopped for tacos with Andrew Gillum and Bill Nelson after a get-out-the-vote rally at the Ice Palace.