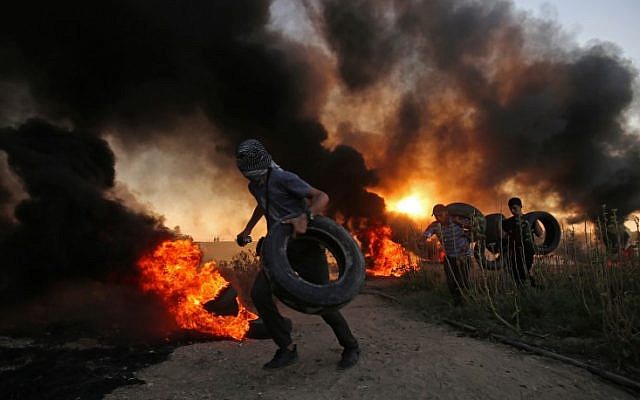 Israel will not allow any more fuel into the Gaza Strip until violence against Israel from the Hamas-run enclave halts “entirely,” Defense Minister Avigdor Liberman said Saturday.

“Until violence in the Gaza Strip stops entirely, including the launching of incendiary balloons and the burning of tires near Israeli communities, the supply of fuel and gas to the Gaza Strip will not be renewed,” he said.

Israel on Friday halted the transfer of fuel to Gaza in response to heavy rioting and attacks at the border fence. Hamas leader Ismail Haniyeh, whose terror group seeks to destroy Israel, vowed Saturday that mass rallies would continue until the “siege on Jerusalem, Al-Aqsa and all the lands of Palestine is lifted.”

On Saturday afternoon two Palestinians breached the border in the north of the Strip and hurled an object at an unmanned IDF post. They then returned to Gaza. Security forces arrived at the scene to inspect the suspicious object. 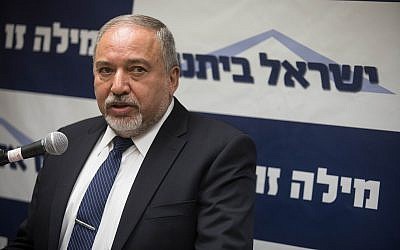 Later in the evening the army said a number of attempts to breach the security fence were identified, some of them successful.

“In all of the events, the suspects were under surveillance from the moment of the crossing and returned to the Gaza Strip immediately,” the military said.

“In addition, a suspect who crossed the security fence from the northern Gaza Strip was apprehended near the crossing point without any weapons in his possession. The suspect was transferred to security forces for further questioning.”

Since the morning, firefighters worked to extinguish four blazes caused by incendiary balloons near Israeli towns in the Gaza periphery, a spokesman for the Israeli Fire and Rescue Services said.

One flaming balloon landed near a grocery store in Kibbutz Givat Brenner, near Rehovot. A civilian found the balloon and extinguished it. Police were called to the scene. 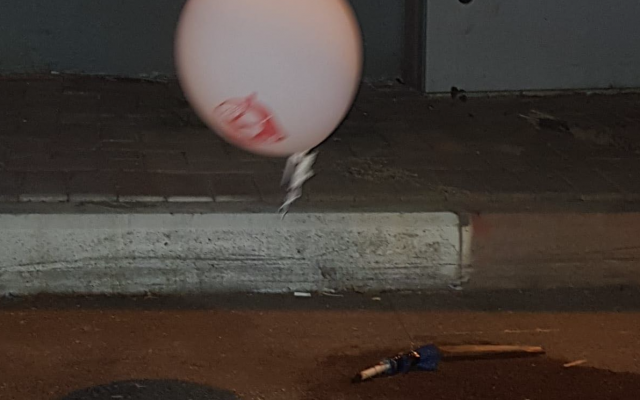 An incendiary balloon that landed in Kibbutz Givat Brenner on October 13, 2018 (Courtesy)

Police, meanwhile, said four such balloons discovered in recent days in the central towns of Rishon Lezion, Bat Yam, and Modiin had all probably come from Gaza, according to the Walla news site.

Police sappers who examined the balloons found the incendiary devices they carried identical to those used in Gaza. Police noted that the distance between Gaza and the cities in question was not great, and said balloons could easily cross such distances on air currents.

Earlier, during funerals for some of the Gazans killed in the previous day’s border riots, Haniyeh said: “The strength of will and the determination of our people in the March of Return will lead to victory over the crimes of the occupation. The blood of the martyrs brings us closer to victory over the Zionist enemy.”

He added that “our marches are not for diesel fuel and dollars, but a natural right of our people.” 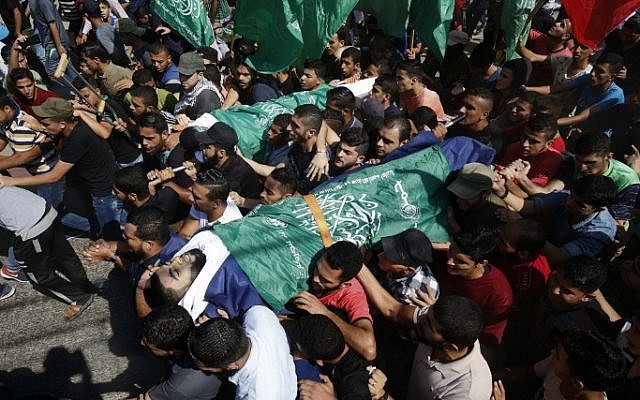 Palestinians carry the bodies of Ahmad al-Tawil (R) and Ahmed Abu Naim (L), who were killed the day before during a protest along the Israel-Gaza border fence, during their funeral in Nuseirat camp, in the central Gaza Strip on October 13, 2018. (SAID KHATIB / AFP)

Seven Palestinians were reported killed in intense clashes with Israeli security forces along the Gaza border Friday afternoon, according to the Hamas-run health ministry. Gaza media outlets said at least 150 protesters were injured.

In the most serious incident, the army said assailants planted a bomb at the fence in the south of the Strip, blowing a hole in it. Some 20 Gazans then infiltrated the border and approached an IDF snipers’ post. Most turned back, but three who did not were shot and killed, the IDF said. 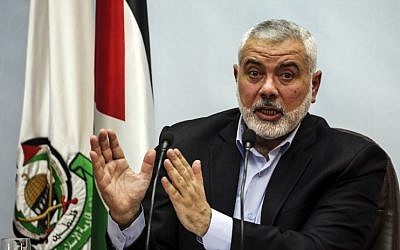 Liberman’s order to halt the transfer of fuel into the Gaza Strip in response to the incident came only days after Israel began allowing fuel donated by Qatar to be pumped into the Strip to allow increased power for residents.

“Israel will not tolerate a situation in which fuel is allowed into Gaza while terror and violence is used against IDF soldiers and citizens,” a statement from his office said Friday.

On Saturday minister and security cabinet member Yoav Gallant described the terrorist group as Israel’s “weakest and most aggressive enemy, a puppy that barks and shouts.”

He slammed Hamas for its actions in Gaza, saying it was “using the blood of civilians to provoke international attention.”

In recent days Qatari-bought fuel had begun entering the Strip to allow operation of its only power station, in a bid to alleviate conditions in the blockaded Palestinian enclave. Hundreds of liters of fuel have since passed into the territory.

Israel facilitated the delivery over the objections of the Palestinian Authority, hoping it would help ease months of protests and clashes.

A Qatari official told the Reuters news agency that the $60 million fuel donation came “at the request of donor states in the United Nations, to prevent an escalation of the existing humanitarian disaster.” 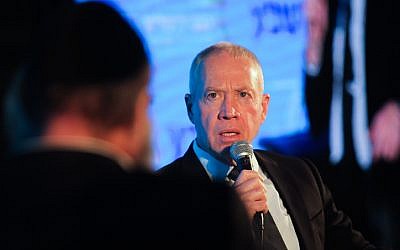 Hamas seized control of Gaza from Abbas’s Palestinian Authority in a 2007 near civil war and multiple reconciliation attempts aimed at restoring the PA to power in Gaza have failed.

Abbas says that making deals with Hamas amounts to recognizing their control over Gaza in place of the PA and has sought to block the fuel deliveries. He has reportedly threatened to cut off funds to Gaza in response to the fuel transfers.

Israel fears further deterioration in Gaza could lead to another round of war on the southern border.

Both Israel and Egypt enforce restrictions on the movement of people and goods into and out of Gaza. Israel says the blockade is necessary to keep Hamas and other terror groups in the Strip from arming or building military infrastructure.